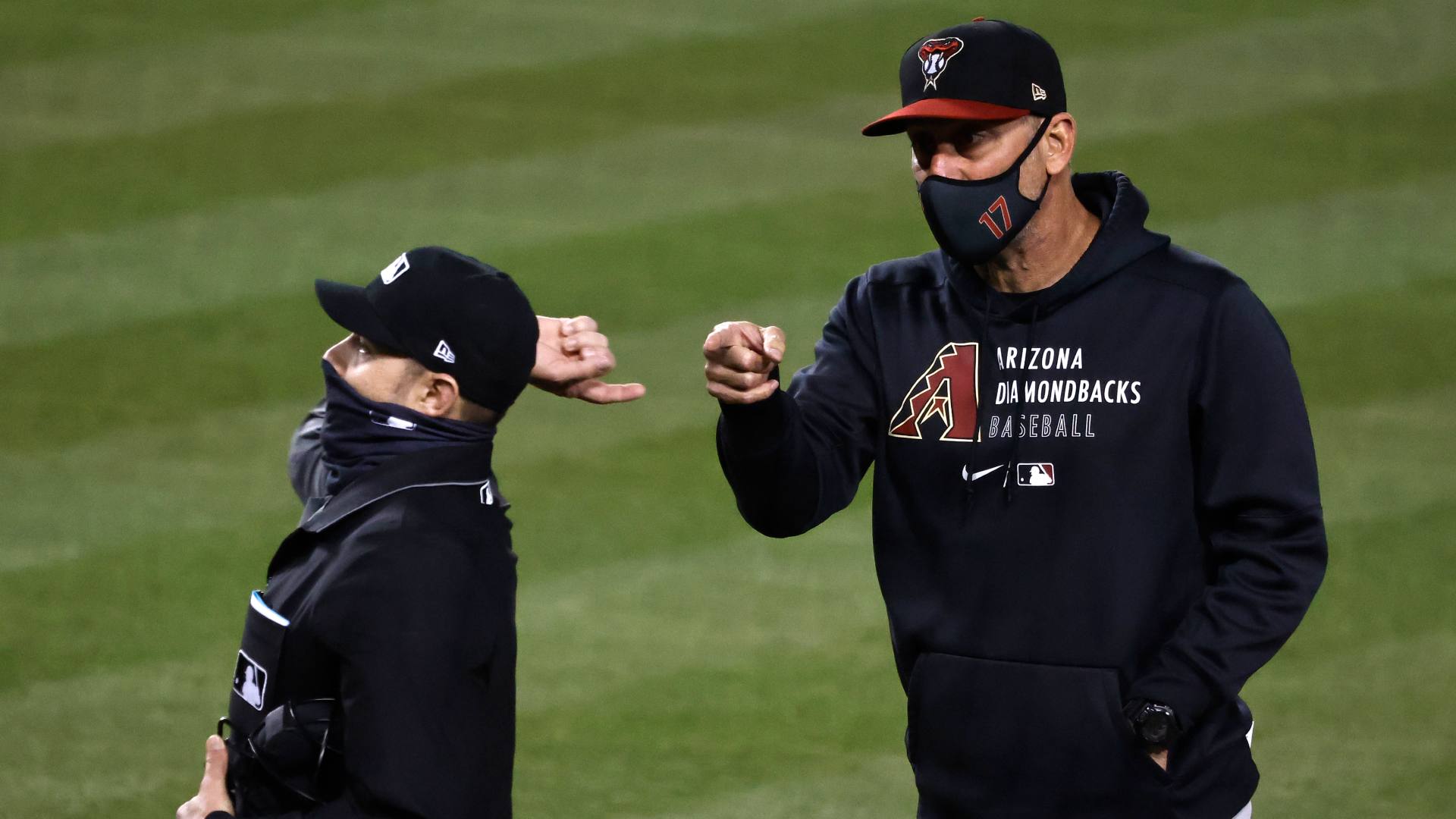 The Diamondbacks weren’t expected to compete for first place in the NL West this year, partially because the roster had issues, but mostly because the Dodgers and Padres had loaded rosters. Turns out, the Giants are pretty good, too.

But nobody thought the team in the desert would be this bad. Once upon a time, the Diamondbacks were 15-13, just two games out of first place in their division. Since then, though? They’re just 5-36, an almost incomprehensible number. But that’s not even the worst statistic from the stretch.

They’ve lost 22 straight games on the road. That ties the MLB record for consecutive road losses. If they want to avoid being in the top spot alone, they’ll have to beat the Giants on Thursday, and that won’t be easy. The Giants have the best record in the bigs (43-25) and their best pitcher, Kevin Gausman (1.43 ERA, 7-1 record), is on the mound.

At least the Diamondbacks’ last road win was memorable. That was Madison Bumgarner’s gem, when he (unofficially) no-hit the Braves over seven innings in the nightcap of a doubleheader on April 25. How long has it been since the Diamondbacks last won a road game? Here are just some of the big things that have happened in the sports world since April 25.

Let’s start with baseball. The young Blue Jays star — he’ll get the bump to “superstar” soon enough — has hit 18 home runs, with 44 RBIs in 45 games since the Diamondbacks last celebrated a road W.

News of North Carolina college basketball coach Roy Williams’ retirement broke on April 1. The Diamondbacks lost their season opener — on the road, of course — against the Padres. Duke coach Mike Krzyzewski held his retirement press conference on June 3, the same day the Diamondbacks lost — on the road, of course — to the Brewers in Milwaukee. That was loss No. 14 of the streak.

Lefty wins a big one

Nobody doubts Phil Mickelson’s career-long flair for the dramatic, but nobody seriously expected Mickelson to contend for major championships, not at his age. But there he was, at 50 years old — a couple of weeks shy of his 51st birthday — winning the PGA Championship on May 23, and earning $2.16 million for his weekend’s worth of a walk not spoiled. Lefty became the oldest golfer ever to win a major championship.

Just about a month shy of her 39th birthday, Carli Lloyd scored her 125th career goal in international competition, in a friendly against Jamaica. Lloyd already was alone in sixth place on the all-time list — 125 just looks like a much better number than 124 — but the cool thing? That goal made her the oldest goal-scorer in U.S. national team history.

Montreal just barely snuck into the NHL playoffs — 59 points was the lowest total for any playoff team — but the Canadiens have played inspired hockey. First, they ousted the Maple Leafs (a 77-point squad) in the opening round, rallying from a 3-1 deficit. They won Games 5 and 6 in OT, then rolled to a 3-1 win in Game 7. Then, they swept the Jets, and now they’re one of only four teams left, tied with the Golden Knights 1-1 in the semifinals.

Back when the Diamondbacks last won a road game, we knew that at some point the reckoning was coming, an eventual crackdown on sticky substances used by pitchers to increase spin rates. Well, now it’s just about here. MLB announced its policies — anything other than rosin is illegal — and punishments — 10-game suspension for the first infraction — earlier this week, and enforcement begins June 21. It’s gonna be messy, folks.

In the long and storied history of the Champions League, no member of the United States Men’s National Team had ever played in the final, much less been part of the winning team. Until now, that is. On May 29, Christian Pulisic — a midfielder from Hershey, Pa. — made history, as Chelsea FC beat Manchester City to claim the championship.

Well, kinda. There is an official proposal on the table for an expansion from the current four-team playoff model in college football up to a 12-team playoff model. Just the idea that the College Football Playoff management committee is seriously considering the proposal, after years of adhering to the current format, is a bit mind-boggling.

Four more no-hitters have been thrown since MadBum’s gem. Surprisingly, maybe, the Diamondbacks were not one of those teams. John Means shut down the Mariners on May 5, Wade Miley blanked Cleveland on May 7, Spencer Turnbull silenced the M’s again on May 18 and Corey Kluber flummoxed his former Rangers teammates on May 19. Kevin Gausman, btw, starts against the D-backs with his 1.43 ERA today.

Medina Spirit won the Kentucky Derby on May 1, then tested positive for a banned substance, betamethasone. Now, trainer Bob Baffert — who has a long history of horses that have failed tests — has been suspended by both Churchill Downs and the New York Racing Association.

Wait, no. That hasn’t happened yet. My bad.

As a batter, Ohtani has 12 home runs and seven stolen bases since April 25. As a pitcher, he has a 3.25 ERA with 54 strikeouts in 38 2/3 innings. Those totals are individually impressive, though maybe not eye-popping like some of the other numbers here. But for one baseball player to be doing both things? Basically, we’ll use pretty much any excuse to point out how incredible Ohtani has been this season.

Everyone drafted a QB

Helio Castroneves isn’t quite as old as Mickelson — he’s 46 — but his chances of winning a huge race seemed about zero after he was dumped by the Penske racing team. But there he was in the winner’s circle after the Indianapolis 500 on May 31, claiming his fourth Indy 500 title 20 years after winning his first.

What’s more likely to happen next? Another major sports happening or a Diamondbacks road win? Actually, a D-backs road win at this point would cover both.