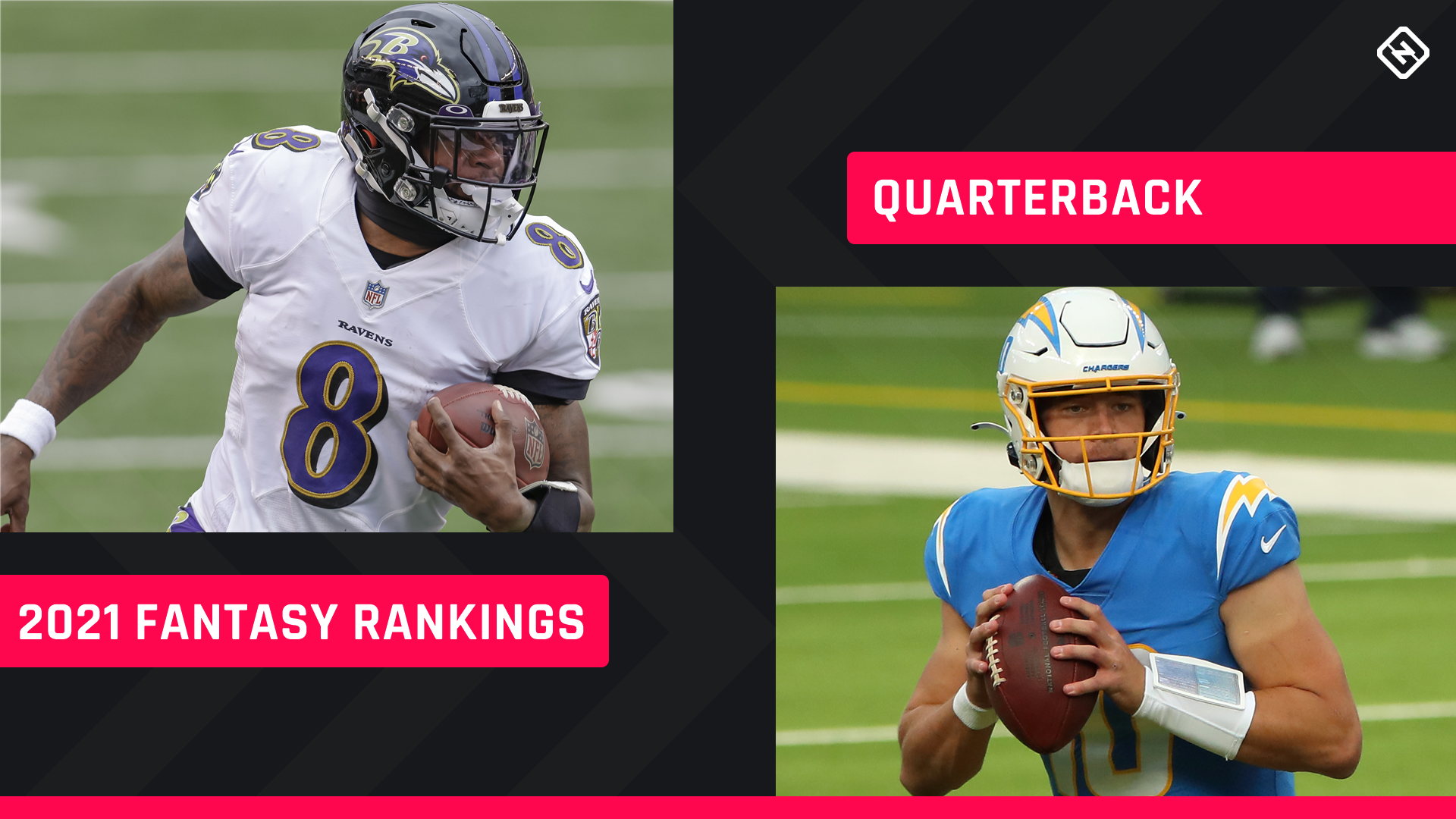 While everyone is enamored with the elite fantasy football quarterbacks, it’s essential to have a deeper knowledge of the position — from the lower-tier starters to the late-round sleepers — so you can set yourself up to land the best option based on how your draft is unfolding. In 2021, the quarterback position is more exciting than ever with all the dual-threat guys under center — and our preseason fantasy QB rankings reflect that.

A solid rushing floor is everything. Put simply, a high rushing floor limits disastrous weeks from your QB. How much more evidence do we need? Countless times, statue-like quarterbacks such as Matt Ryan looked to be poised for a huge passing week only to produce a mere 10 fantasy points for your team.

Pure drop-back quarterbacks are becoming a thing of the past. Guys like Matthew Stafford and Tom Brady can still be worthwhile fantasy starters, but their margin for error is much slimmer than more mobile QBs like Dak Prescott or even Jalen Hurts. You would rather have Stafford and Brady in real life, but you need to separate real quarterback rankings from fantasy rankings.

Getting at least one mobile QB, whether it be Kyler Murray as your starter early in the draft or Daniel Jones as a late-round backup, gives you options during the season and should hopefully minimize your potential for a sub-10-point week from your QB.

We’ll continue adjusting these QB rankings and providing further analysis until Week 1, so check back for updates!

Rankings are based on standard, four-point passing TD scoring formats