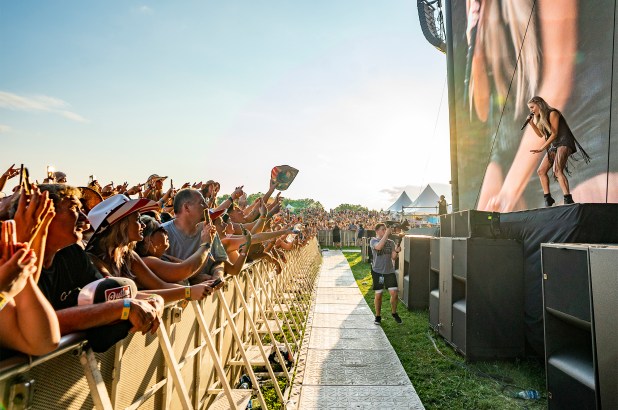 The crowd at Faster Horses Festival in Brooklyn, Michigan on July 17, 2021. Four people have died at the festival — including three from suspected carbon monoxide poisoning.
Photo by Erika Goldring/Getty Images

Three men died of suspected carbon monoxide poisoning inside their travel trailer at a three-day country festival in Michigan over the weekend — just hours after a woman at the show was also found dead, authorities said.

The trio, who were among five men in their 20s inside the trailer, were found Saturday about six hours after another concert goer, Melissa Donna Havens, 30, was also found dead at the Faster Horses Festival in the village of Brooklyn, authorities said.

The three lifeless men were discovered at about 1:30 p.m. — and authorities believe a generator positioned too close to the trailer was the source of the poisonous gas.

Two of the surviving men were taken to a local hospital in critical condition and being treated for acute carbon monoxide poisoning, according to Lenawee County Sheriff’s Office.

Earlier Saturday, at about 7:30 a.m. Havens was found dead on the festival grounds from an unknown cause, according to Michigan State Police.

Authorities said they were searching for a man in his 30s in connection to Havens’ death. He was reportedly seen with the victim shortly before she was found dead.