GTA San Andreas, despite its occasional ridiculous moments, is a video game that can capture some aspects of real life rather well at times.

The GTA series does a surprisingly good job at mimicking certain real-life aspects. It started off as a series grounded in realism before it became more comical and ridiculous over time. GTA San Andreas kickstarted that trend, but that’s not to say that it doesn’t have its realistic moments.

It’s just that the game now has a mix of realistic and unrealistic features. This article will focus entirely on the former category, as that’s the more difficult topic to cover when it comes to a video game like GTA San Andreas. 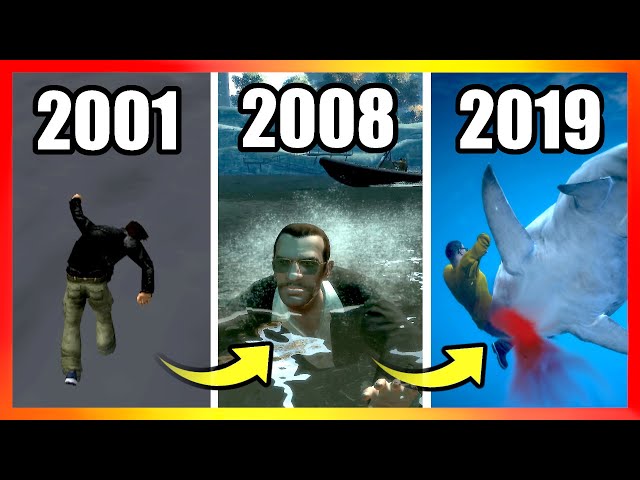 Not only can CJ swim, but a few NPCs also possess the ability to swim in GTA San Andreas. This is a notable departure from previous GTA games, where being in the water for too long will kill the player.

Swimming allows GTA San Andreas players to not worry about exploring when they’re near a body of water. A good deal of people in real life know how to swim, so it’s refreshing to see it represented in a GTA game.

There’s also the matter of CJ eventually drowning if he dives too long. Coincidentally, this ties into the next entry on this list.

4) CJ gets better the more he practices 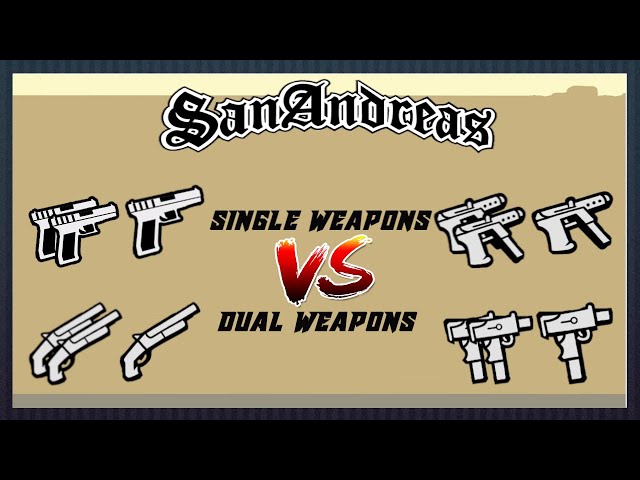 Practice makes perfect. Although the rewards in GTA San Andreas can be unrealistic at times, it’s the thought that counts. In GTA San Andreas, there are several stats that the player can improve including various driving and weapon skills.

The video above showcases single weapons vs. dual weapons. The important distinction is that players can only dual-wield certain weapons if they have high enough skill to do so (aka at the Hitman level).

3) The major cities are clearly inspired by real-life locations

Rockstar Games did their homework when it came to making the locations in GTA San Andreas resemble their real-life counterparts. It’s not blatant plagiarism or anything like that; instead, GTA San Andreas pays homage to these locations.

Los Santos is based on Los Angeles. The same can be said of San Fierro to San Francisco, and Las Venturas to Las Vegas. Even the first names for these cities are the exact same.

2) CJ can change the way he looks

One of the most innovative features introduced by GTA San Andreas was the ability to customize CJ in several ways. Previous GTA games were far more limiting in this manner, which didn’t resemble real life at all.

A defining example of this was how CJ could get muscular or fat depending on his lifestyle choices. For instance, he would have to go to the gym to get muscular. Alternatively, he could overeat to become fat in GTA San Andreas.

Interestingly enough, this feature is absent in all other GTA games.

GTA San Andreas’ story is a great one, but it draws heavy inspiration from several real-life events around the same time the game takes place. Canonly, GTA San Andreas is set in 1992, and it takes place in locations based on Los Angeles, San Francisco, and Las Vegas.

A prime example of GTA San Andreas mimicking real life can be found in the Los Santos Riots. The 1992 Los Angeles Riots inspired the Los Santos Riots in several ways. There was mass looting in both events, with several buildings on fire as seen in some infamous photos.

Likewise, both events were largely sparked thanks to the justice system’s failure to put away police officers that the public knew to be guilty.