Pedestrians have some interesting features that don’t just relegate them to cannon fodder in the GTA series.

Without pedestrians, the GTA world would feel a lot more empty. They’ve always been around in GTA games, but the number of features associated with them has fluctuated throughout the years.

Some of these features are more interactive than others, but their general purpose is to add life to the games they’re in.

Of course, some pedestrian features are universal (in that they’re found in most GTA games). Something like pedestrian dialogue has been a staple since GTA 3, and it’s a good example of a feature that’s gotten better over the years.

Likewise, there are also plenty of new features that have made pedestrians even more interesting to see in-game.

#5 – Players can give money to some pedestrians 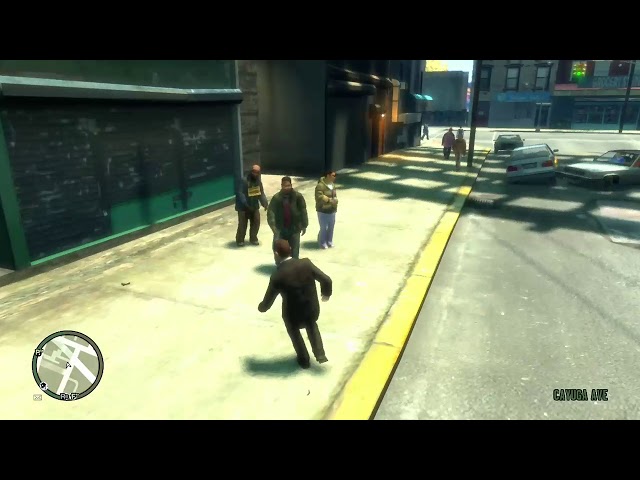 In GTA 4, the player can give some money to homeless people and musicians. The player only loses $10, so it’s not significant. Still, it adds an element of realism that some people perform in the real world, so it’s neat to see it in a GTA game.

Usually, players take money from pedestrians, so doing the opposite is rather amusing. The video above also shows an interesting feature that pedestrians being given money are more likely to fight for the player. 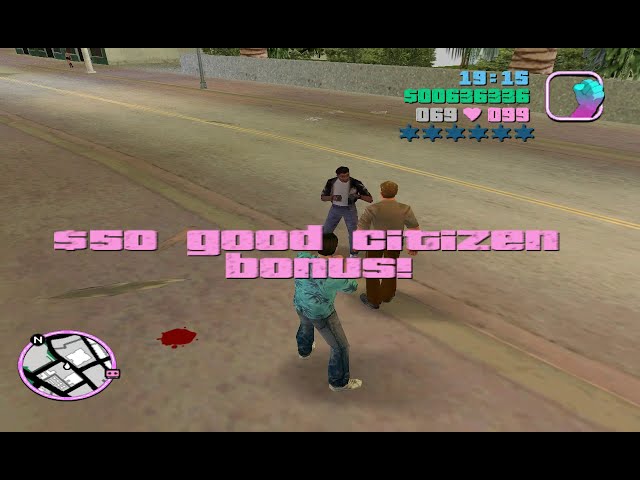 GTA games do a surprisingly good job in emulating the real world sometimes. In some games, cops will chase NPCs in their vehicles, even without a player’s involvement. The player can still cause trouble and redirect some of the attention toward themselves, but it’s a neat feature that adds a lot of immersion to the GTA games.

In GTA Vice City, players can also get a $50 Good Citizen Bonus for beating up criminals that police are chasing on foot. It’s not much, but it’s another element of immersion that makes the GTA series feel so lively.

#3 – Some pedestrians attack the player on sight

Various pedestrians might attack the player if they see them. Police Officers attacking the player when they have a Wanted Level is an obvious example, but it’s not the sole example.

Various gang members might attack the protagonist depending on the game and their affiliation. For example, the Haitians will often attack Tommy in GTA Vice City, and the Leones will attack Claude in GTA 3 after Salvatore’s death.

GTA San Andreas’s Los Santos Riots also has various pedestrians in Los Santos going crazy. Some of them end up attacking the player for no apparent reason. 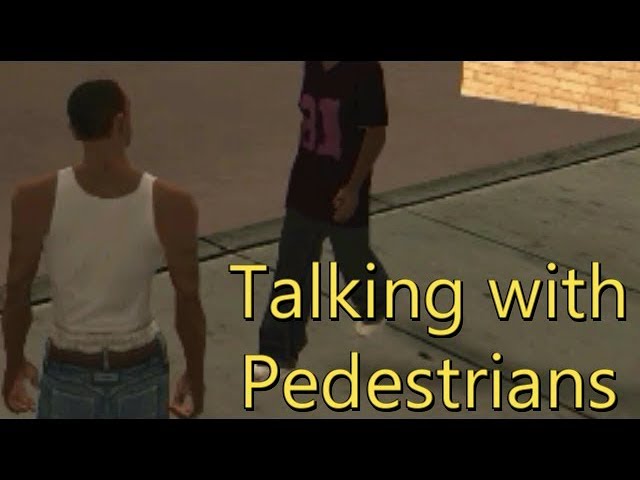 Pedestrian dialogue is one of the main reasons the GTA series’ cities feel more lively. It adds a sense of realism to the series, whether they’re talking to one another or the protagonist.

The later GTA games (generally) improve pedestrian dialogue. GTA San Andreas even allowed the player to talk back to the protagonists, either in a positive or negative tone.

The dialogue in the later titles has become less nonsensical over time, as well as having more lines to listen to than in the previous games.

It might seem strange at first, but the vast majority of vehicle missions rely on pedestrians to work properly. Taxi Driver, Paramedic, and Vigilante are obvious examples, and they all work differently from one another.

For example, Taxi Driver essentially makes the player transport a pedestrian from one area to the other. However, pedestrians aren’t always friendly in vehicle missions (as evidenced in their role in Vigilante).