Sometimes, gamers will take control of a Minecraft village in order to accumulate rare and helpful items over time.

There are so many different kinds of villagers to trade with that have a wide variety of deals to be made. When farming these villagers, however, whether it be in an actual village or in a separate villager trading hall, it is important to keep them safe from any hostile mobs.

To avoid issues such as exploding creepers or zombie infestations in a village, here are some tips for protecting a Minecraft village.

5 ways to protect villages in Minecraft

Players might want to customize the village a bit for the sake of the villagers’ protection.

One of the easiest ways to protect a village in Minecraft is to build an enclosure surrounding the community. This can be done with walls or fence blocks. A fence or wall helps ensure that no outside mob can enter the village area.

Of course, if there is not enough light being emitted within the enclosed area, hostile mobs might still spawn at night.

To avoid any mobs potentially spawning within the village itself, players should place as many torches or any other light source around the community as possible.

Another simple way to protect villages from scary Minecraft mobs is to not even let the mobs spawn in the first place. When the sun starts to go down in a Minecraft world, players can find a bed and sleep through the night just like the villagers they’re attempting to protect would do.

By sleeping through the night, gamers can easily avoid running into any sort of hostile mob. If they’re able to go to sleep early enough, players will wake up to see nary a mob in sight, save for the animals that may have already been there.

To ensure maximum protection, it would be even safer if Minecraft players slept in or near the village itself. This can be done by stealing a villager’s bed, but to ensure everyone has a place to sleep, players can craft their own bed and even build their own house.

By building a base near the village, gamers can easily keep an eye on it. The close proximity will allow players to battle any hostile mob before they can wreak any havoc onto the town.

Plus, players might find it extra convenient to live near the villagers so as to have close access to great trades at any given moment. The villagers will likely want to give great deals to a new friendly neighbor.

One of the most effective methods of protecting villages in Minecraft is by utilizing the strong, stoic mob, the iron golem. These protective mobs were made for the sole reason of keeping villagers safe from harm.

Unfortunately, not every village will automatically have an iron golem. Luckily however, iron golems are one of the few mobs that can be created by players.

An iron golem can be crafted using four iron blocks and a carved pumpkin. Instead of using a crafting table, these blocks should be placed onto the ground in a specific shape: one iron block as the base, three iron blocks above that going across and then the carved pumpkin on top of the middle block.

Players can add as many iron golems to a village as they please. Since they surely can’t do all the protecting by themselves, the more iron golems they create, the more protected a village will be.

Finally, those protecting Minecraft villages should definitely be aware of the dangerous raid that could easily strike tragedy in the village community.

The easiest way to avoid raids is to simply not kill pillagers as this will prevent players from obtaining the Bad Omen effect.

When players enter a village with a Bad Omen effect, a raid will start and pillagers will infiltrate the area with a mission to kill all villagers in sight. Iron golems can assist with raids, but they can be quite difficult to conquer overall.

However, if gamers want to make some incredible deals and score some awesome goodies, the best move is to defeat a raid. Villagers who are saved from a raid will in turn provide any player who assisted with lots of fun and rare items either for free or at a discounted price.

Gamers should of course be well equipped for a raid battle prior to entering it so as to protect as many villagers as possible and not die themselves. For more assistance, also read: 5 best tips to defeat a Minecraft pillager raid.

For some courage to defeat a raid, watch Minecraft YouTuber DanTDM take on one while in hardcore mode: 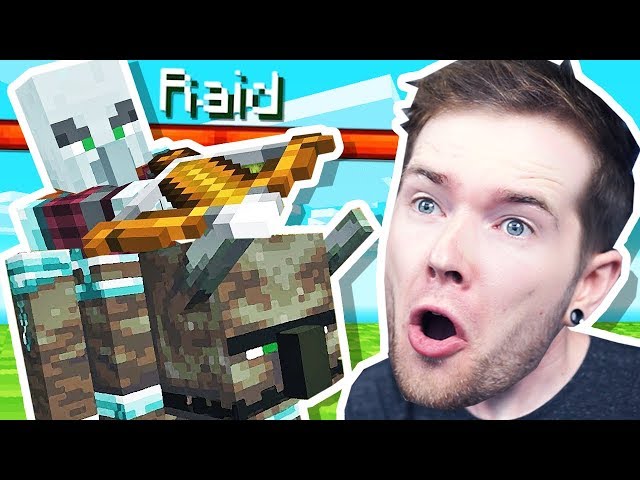