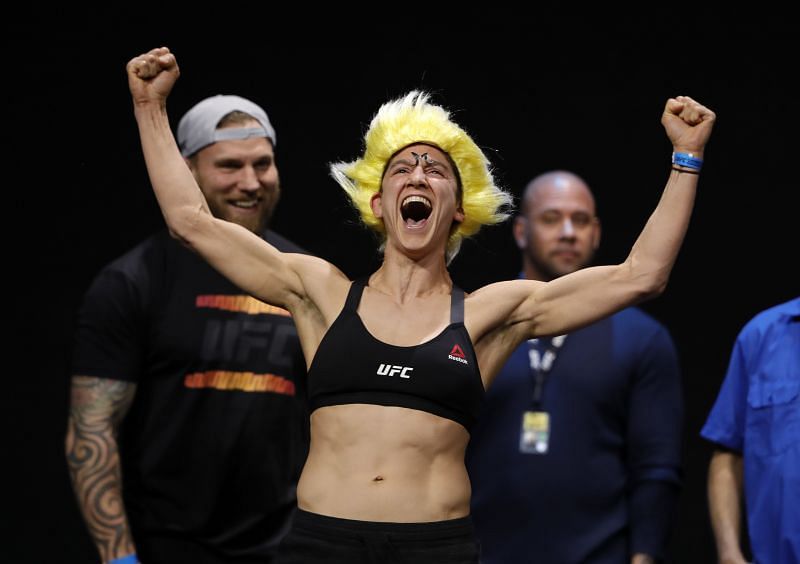 UFC fighters are renowned for being some of the toughest and most dangerous individuals on the planet inside the octagon. However, some UFC stars don’t carry that dangerous persona with them outside of competition.

While the UFC has plenty of permanently combative stars like Nate Diaz and Jorge Masvidal, there are also a number of fighters who have thoroughly nice and likable personalities.

While these nice fighters are perfectly capable of kicking ass inside the octagon, they’re also more likely to hug it out with a foe during a pre-fight staredown than they are to mean mug them.

With that considered, here are 5 current UFC fighters who have the most likable personalities.

Given that his background is in traditional martial arts – in kempo karate, to be more specific – it should hardly come as a surprise that Stephen Thompson is one of the most respectful fighters on the UFC roster.

‘Wonderboy’ has now been a UFC fighter for the better part of a decade, debuting with the promotion in early 2012. He’s got a total of 17 UFC fights under his belt.

The 38-year-old has fought major trash talkers such as Darren Till and Jorge Masvidal, as well as highly intense fighters such as Matt Brown and Jake Ellenberger. However, none of their antics have ever gotten under his skin.

Thompson seems to approach every fight in the same manner – with a smile on his face. He shakes hands with his opponents, never attempts to get in their faces during staredowns, and he’ll congratulate his opponent on their performance irrespective of the result.

Outside the octagon, Thompson’s nice-guy persona is clearly no act. Despite his UFC stardom – he’s headlined multiple events, including pay-per-views – he continues to teach karate to children. He acts as the head instructor of the children’s karate program at Simpsonville’s Upstate Karate.

Thompson’s nice-guy persona may well have cost him opportunities in the UFC, as more disrespectful fighters like Masvidal and Colby Covington have jumped ahead of him in the queue for title shots at times. However, it’s clear that ‘Wonderboy’ probably won’t – and can’t – change his likable persona for anyone.