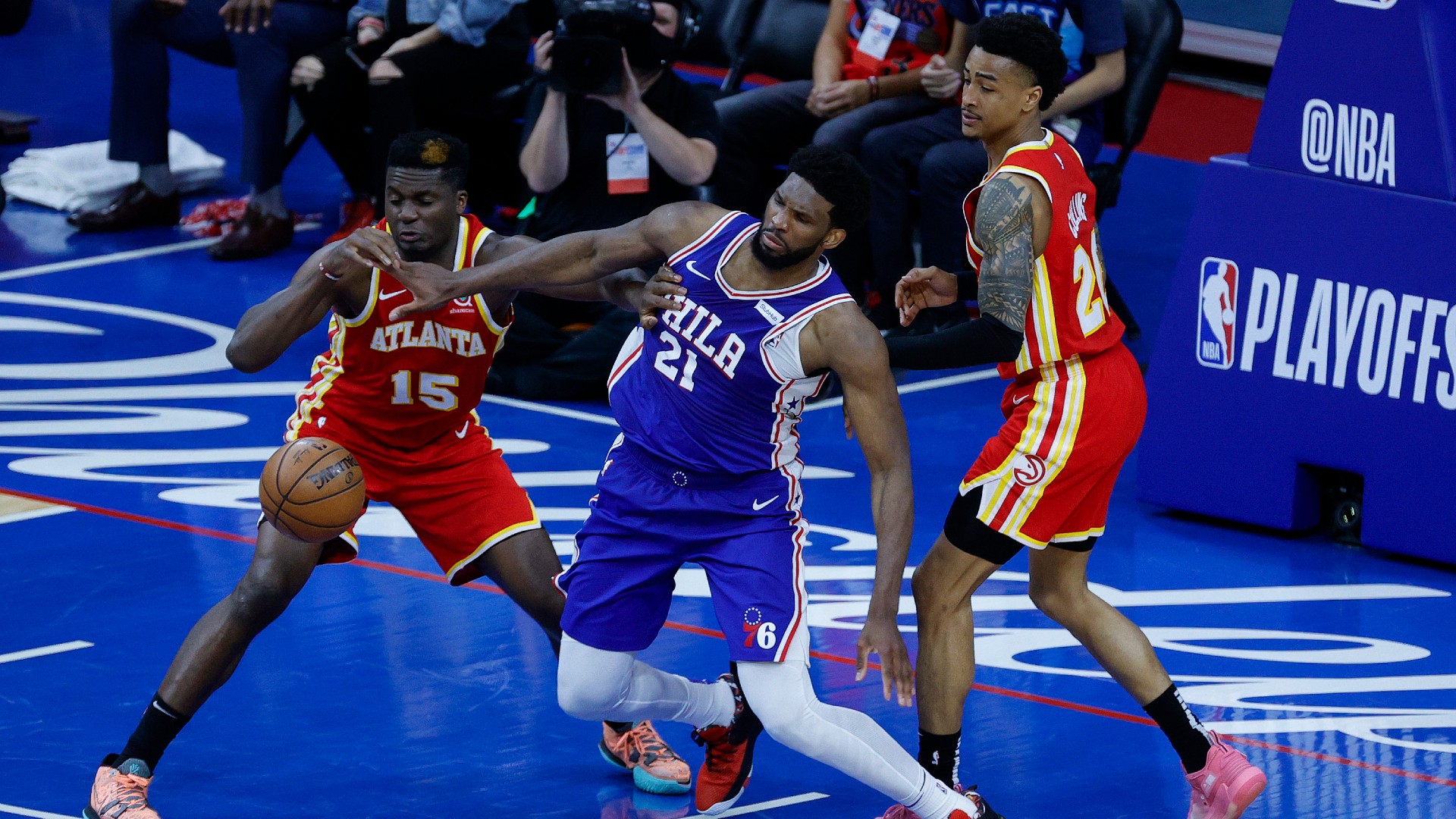 The Bucks appeared to have this year’s award for “Biggest Playoff Fiasco” locked up after building a double-digit lead but still losing to an injury-plagued Nets team on Tuesday night. Well, it turns out Milwaukee may not have suffered the most embarrassing loss of the last 48 hours.

Despite leading Wednesday’s Game 5 by as many as 26 points, the 76ers still fell to the Hawks 109-106, marking the third-largest blown lead in a playoff game over the last 25 seasons, per ESPN Stats and Info.

“It’s on us. It’s on all of us,” Sixers coach Doc Rivers told reporters after the loss. “It’s on me. It’s on the players, and we have to figure out how to get back up, which we will — and bring this game back here for Game 7.”

So, uh, how the hell did this happen? Let’s break down this stunning collapse by the numbers:

With two minutes left in the third quarter, Joel Embiid hit a midrange jumper to put the Sixers ahead 85-61. At that point, Philadelphia had a 99.7 percent chance to win Game 5 and take a 3-2 series lead, according to ESPN’s win probability model.

The 76ers also had a 97.5 chance to win with less than five minutes to go, but the Hawks just kept charging — and the Sixers didn’t do much to stop them.

Trae Young and Lou Williams both came up big down the stretch, with each guard scoring 13 points and dishing out two assists in the fourth quarter.

Speaking of Williams, how about the three-time Sixth Man of the Year award winner sparking the comeback?

When Williams subbed into the game with less than five minutes remaining in the third quarter, the Hawks trailed 75-54. Williams’ entry seemed to mark a turning point, as Atlanta rattled off a 55-31 run from then on. He scored all 15 of his points in the second half, shooting 7 of 11 from the field overall and finishing a ridiculous plus-31 in 23 minutes.

Yes, in a game that his team won by three points, Williams was PLUS-31.

Perhaps the most telling stat of all: the 76ers shot 12 of 32 in the second half (37.5 percent), which is bad enough on its own. But then there’s the fact that only two Sixers players accounted for all of those field goals.

Embiid and Curry combined to go 12 of 21 over the final 24 minutes. The rest of the team? A gross 0 of 11, including just one field goal attempt from three-time All-Star Ben Simmons.

In the second half:

Only Joel Embiid and Seth Curry made a field goal for the Sixers after halftime. pic.twitter.com/q1cqEBCdcx

This loss has to hurt for the Sixers not only because of the obvious failure to close the door on the Hawks, but also because they wasted great performances from Embiid (37 points, 13 rebounds, five assists, four blocks, two steals) and Curry (36 points, 13 of 19 from the field, 7 of 12 on 3-pointers).

Any way you look at it, Game 5 was a disaster for Philadelphia.