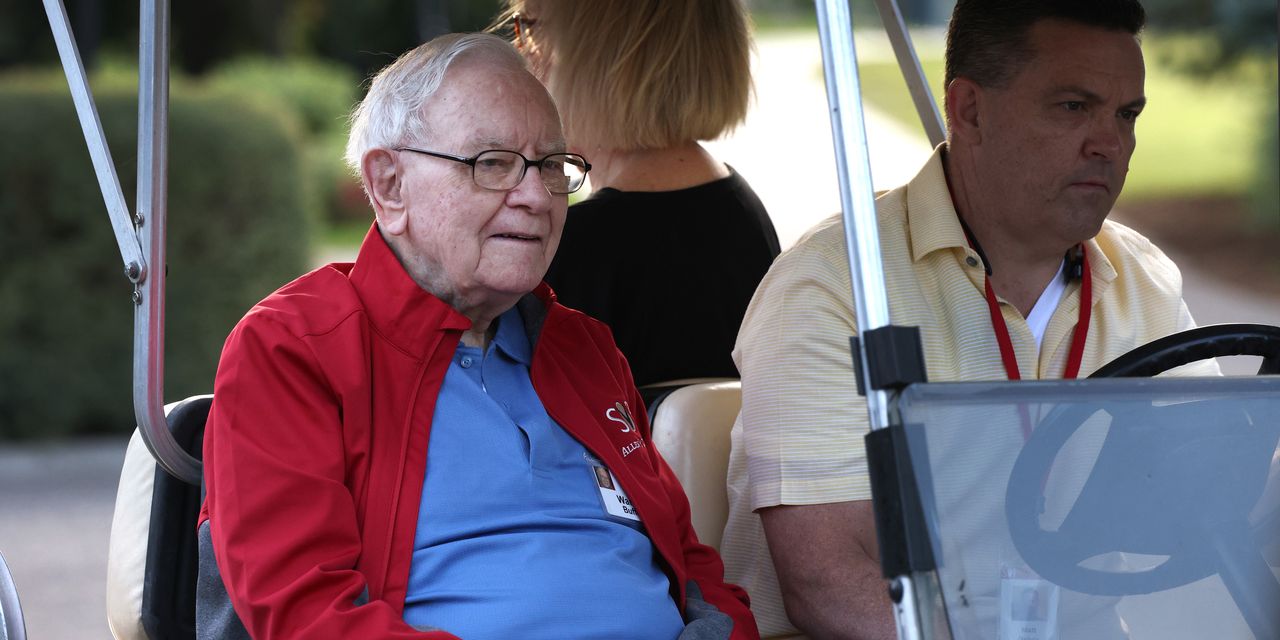 —and that’s likely to be confirmed in a quarterly filing expected Monday.

Berkshire (ticker: BRK.A, BRK.B) recently released a 10-Q report for the second quarter, and it showed that the company was a net seller of just over $1 billion of stocks in the period, following almost $4 billion of net sales in the first quarter.

That suggests that Berkshire’s 13-F filing of its equity holdings totaling more than $300 billion as of June 30 will show little activity in the second quarter. Berkshire and other big institutional holders of stocks file 13-F reports detailing their stock holdings roughly 45 days after the end of each quarter.

Barron’s analysis of Berkshire’s second-quarter 10-Q report indicates there was minimal or no change during the period in Berkshire’s largest holdings:

(KO). Apple is by far Berkshire’s largest equity holding, at about 907 million shares, now worth $134 billion.

“Berkshire has been a net seller of stocks for three consecutive quarters and four of the last five,” Jim Shanahan, an analyst at Edward Jones, told Barron’s in an email. “In aggregate, stock sales have exceeded stock purchases by $13.6 billion since early 2020. I conclude that Buffett and his lieutenants are failing to find a lot of value in publicly traded stocks.” Berkshire’s investment lieutenants are Todd Combs and Ted Weschler.

Yet Buffett, Berkshire’s longtime CEO, does like Berkshire’s stock—the company has repurchased $12.6 billion of shares in the first half of 2020 after buying back over $18 billion in the final half of 2020.

During the first quarter, one of Berkshire’s only notable buys was a roughly $1 billion purchase of

(AON), a provider of insurance brokerage and other services.

Berkshire was a seller of just over half its stake in

(CVX), ending the quarter with 23.6 million shares, now worth around $2.4 billion, and it reduced a stake in

The Chevron and Merck sales surprised some Berkshire watchers, as the company accumulated those stakes in late 2020 and Buffett made use of a confidential regulatory filing to hide his accumulation of Chevron stock.

Some investors wondered why Buffett cut the Chevron and Merck stakes so soon after purchasing them. After all, Buffett’s oft-stated favorite holding period is “forever.”

(WFC) in the first quarter—one of several ill-timed sales of financial stocks by Buffett in the past year.

(GS)—are way above the prices at which Berkshire was a seller last year. Berkshire has left more than $10 billion on the table with those sales.

Write to Andrew Bary at andrew.bary@barrons.com