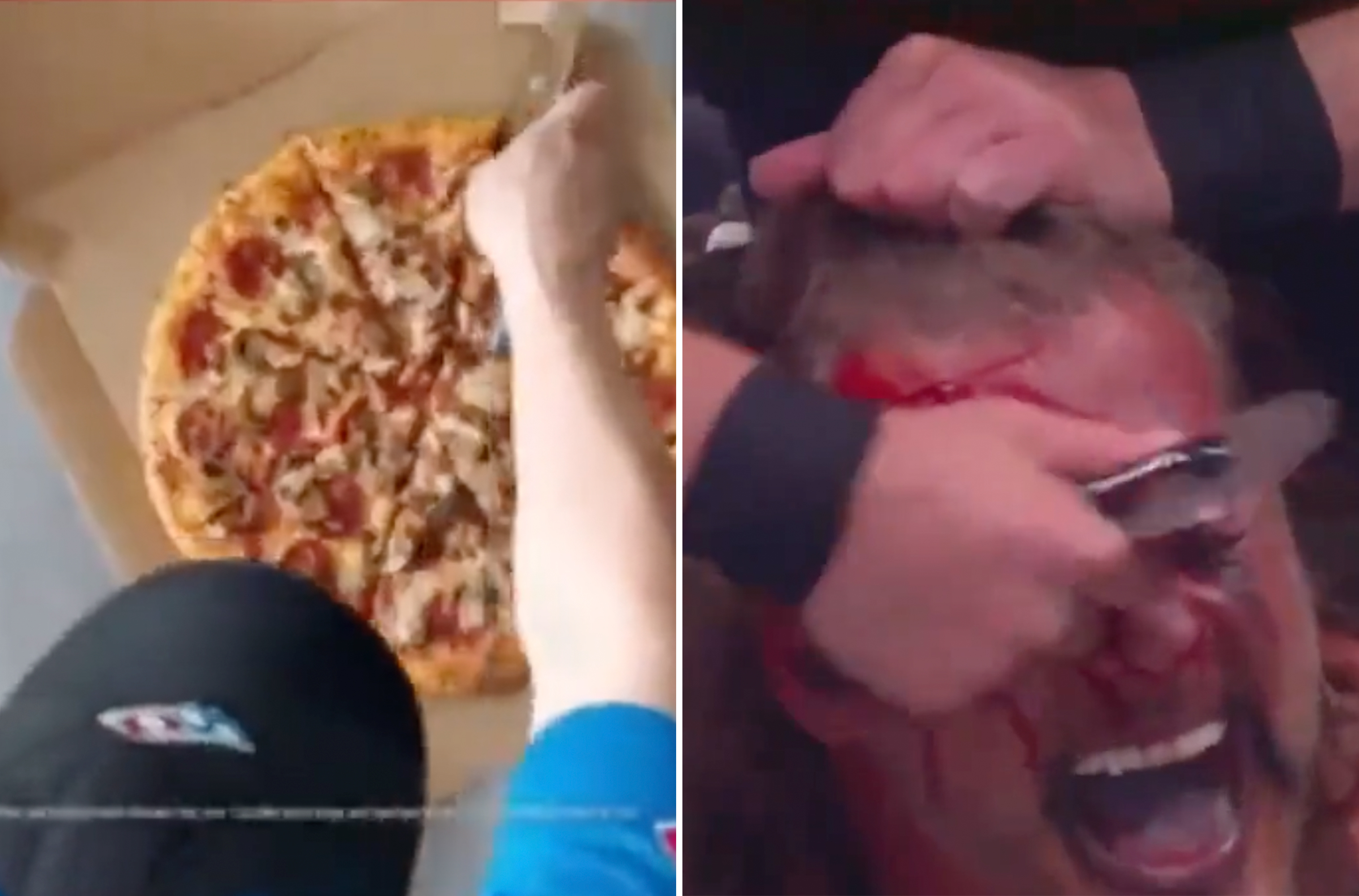 Pizza cutters are meant for pizza, not faces.

All Elite Wrestling must have missed this memo, as legendary wrestler Chris Jericho got his face sliced open by a pizza cutter during Wednesday night’s broadcast.

But that’s not all.

During the incident, WarnerMedia’s TNT network threw to a commercial for Domino’s Pizza, prompting the pizza company to consider pulling their advertising schedule from AEW.

“We share the concerns expressed about this incident and the content of this TV-14 rated program, and are assessing our advertising presence on it going forward,” Domino’s spokeswoman Jenny Fouracre-Petko told Front Office Sports.

Domino’s representatives were not involved in the placement of the advertisement or had any prior knowledge the pizza cutter incident would happen. However, some fans loved the move.

“The Domino’s commercial after seeing Jericho getting cut with the pizza cutter was so perfect!” one user wrote.

“The way I cackled when the commercial break cut to a Domino’s commercial after Nick Gage sliced Jericho with a pizza cutter,” another said.

Wednesday’s “AEW Dynamite” main event garnered 1.108 million viewers, the fourth-most in AEW’s brief history. It was the third consecutive week that more than one million viewers tuned in.

But will Domino’s commercials be on the next broadcast? Only time will tell.