Goats are one of the newest mobs to Minecraft, being added in the new Caves & Cliffs update. It is a neutral mob that can be found in mountain biomes. They perform high jumps, and in a later update, will be a source of milk and goat horns.

Lots of players might be wondering what goats can do in update 1.17 and what updates might come in the upcoming 1.18 Caves & Cliffs Part II update. Listed below is everything players need to know about goats in both Minecraft 1.17 and 1.18! 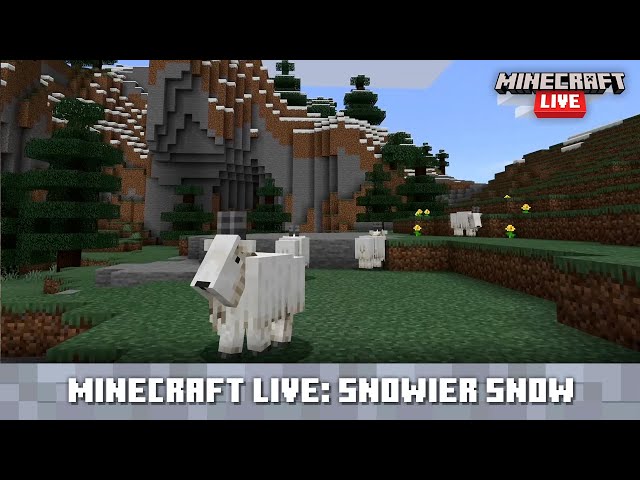 Where do they spawn?

Goats will spawn in groups of two to three on mountains at the surface and need a light level of 7 or higher. While most goats will spawn as adults, there is a 5% chance for a goat to spawn as a baby. When a goat spawns, there is a 2% chance it will be a screaming goat. Screaming goats look identical to all other goats, as the only difference is that they make screaming sounds and will ram mobs and players more often.

What do they drop?

When goats ram against a solid Minecraft block, goats will drop a goat horn. In the Bedrock edition, horns can be dropped twice per goat.

How do the goats behave?

Goats in Minecraft can jump up to 10 blocks in the air. They usually only jump when trying to cross an obstacle. Goats take 5 hearts less fall damage and avoid walking into powder snow. Once they jump, they cannot jump again for 30-60 seconds.

Within 30-300 seconds, if a goat has seen a mob (besides other goats and shulkers) or a player who has not moved, the goat will ram the player from up to 16 blocks away (although they do not do this if the player is playing on peaceful). Goats need at least 4 blocks of empty space between them and a potential target to ram. Adult goats deal nine blocks of knockback, while baby goats deal four and a half.

Like other passive mobs, goats will flee when injured. Other mobs who are knocked back from a goat will not attack it again.

Can you milk goats?

In Minecraft, the goat can be milked by using a bucket, which produces a milk bucket. Milk buckets are generally used for baking cakes and removing any status effect.

How do you breed goats in Minecraft?

Goats can be bred using wheat. They will actively follow the player if they are holding wheat, as long as the player is within 10 blocks of the goat. Like other mobs, the growth time of a baby goat can be accelerated by 10% each time it is fed wheat.

Also read: How to tame a goat in Minecraft