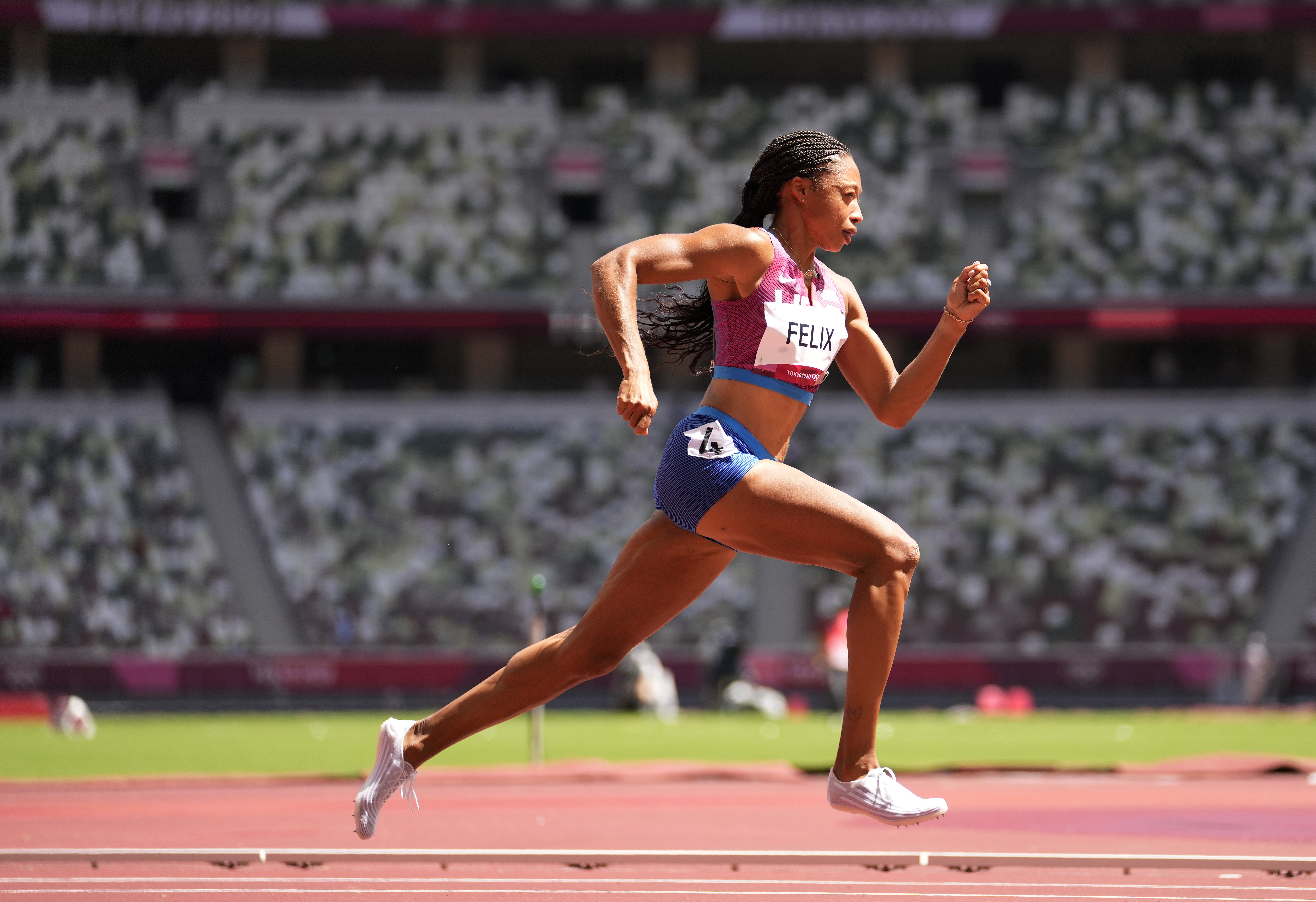 Allyson Felix has yet to show any signs of slowing down.

The American track star advanced to the 400m final at the Tokyo Olympics on Wednesday, clocking a season-best 49.89 to finish second and tee her up to secure a record-breaking 10th Olympic medal. At 35, Felix is the oldest runner in the group that advanced.

Competing in her fifth Olympic Games and first as a mom to her daughter, Camryn, who was born in 2018, Felix is just as dominant as she has been in the past. On top of qualifying for the 400m final, Felix will also run in the 4×400 relay, which is set for Thursday morning.

In addition to her dominance on the track, Felix has been a vocal advocate for Black Lives Matter, mothers – especially Black moms – and spoken out about her traumatic birth experience. In addition, she was a member of Barack Obama’s council for fitness, sports and nutrition; and is a Right to Play ambassador.