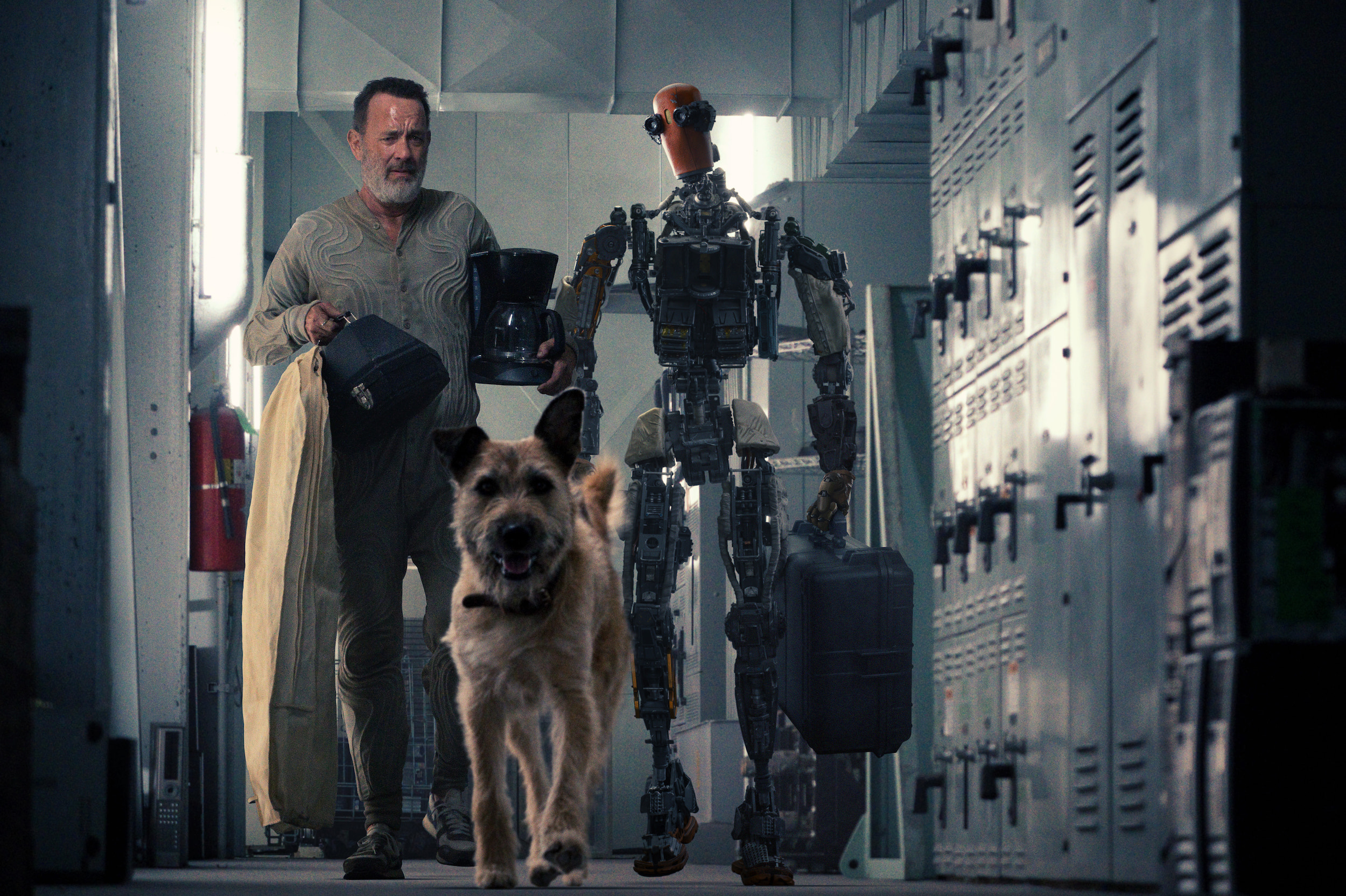 Apple has given a release date for the second of two Tom Hanks films it acquired during the pandemic. Finch, a futuristic tale about a reclusive inventor and his canine and robot road buddies, hits Apple TV+ on November 5th. Like Hanks’ war movie Greyhound before it, the film became a casualty of the pandemic, mired by release date delays until Apple swooped in to acquire it from Universal. The robot (pictured above) is played by Caleb Landry Jones, fresh off a best actor win at Cannes.

Hanks plays the titular character, an ailing robotics engineer who emerges from his self-imposed underground exile to journey across a desolate American wasteland. Along for the ride are his dog, Goodyear, and an android who names himself Jeff. Together, they make a dysfunctional family, but can they learn to get along? I guess we’ll have to wait till November to find out.

Finch is also loaded with offscreen talent. The good-natured sci-fi flick is directed by Emmy-winning Game of Thrones lead Miguel Sapochnik, with Alien scribe Ivor Powell and newcomer Craig Luck on screenwriting duties. While director Robert Zemeckis serves as an exec-producer and the film hails from Steven Spielberg’s Amblin Entertainment, which may explain why the plot gives off major Cast Away and AI vibes.

The November release date also signals Apple’s possible confidence in the film’s awards chances. Either that or it’s just looking to add a major movie to its fall line-up, which is already stocked with big hitters like sci-fi series Foundation, the second season of The Morning Show and current affairs show The Problem with Jon Stewart.