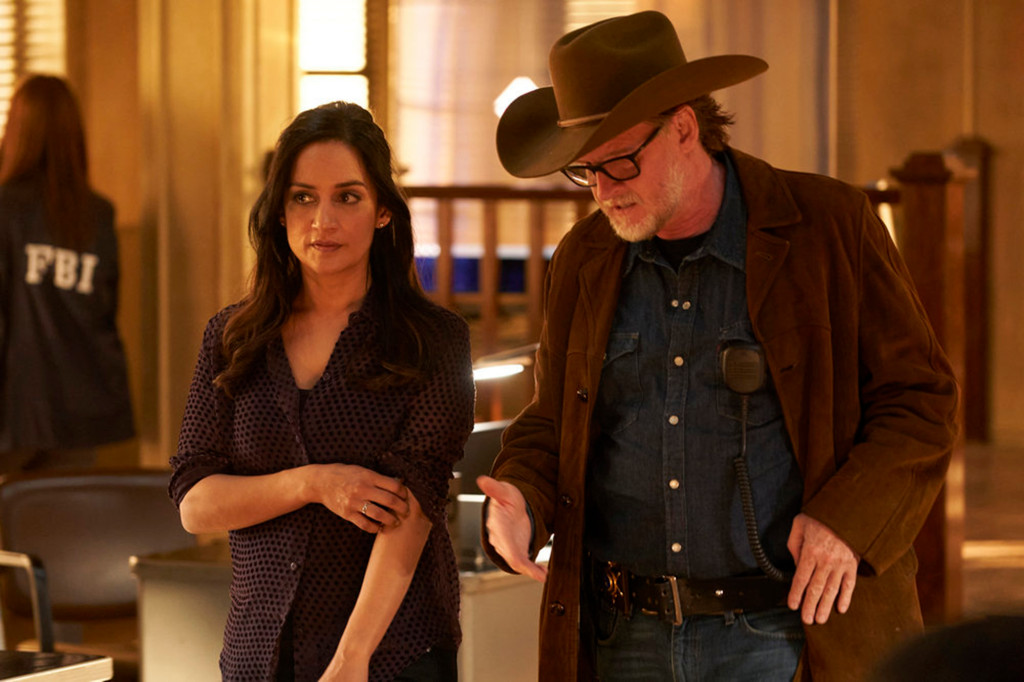 Emmy-winning actress Archie Panjabi co-stars in the Peacock drama series “Departure” with Christopher Plummer — in what turned out to be his final role before his death in February at age 91.

“We met and just clicked,” Panjjabi, 49 (“The Good Wife”) told The Post on the phone from her home in London. “Sometimes you meet actors that you feel like you’ve known for years, and you just bond. The relationship between [our characters] Kendra and Howard very much reflects the relationship that I had with Christopher. In Season 2, you see him in a stream of phone calls [with Kendra] and get an insight into how complex and beautiful that relationship is. It’s very poignant when you look back now. He was such a gem. I miss him dearly.”

The series follows Kendra Malley (Panjabi), an investigator with the fictional Transport Safety and Investigations Bureau.

In Season 1, she investigated a missing plane alongside her boss and mentor, Howard (Plummer). In, Season 2, Kendra is called in after a high-speed train derails in rural Michigan en route from Toronto to Chicago. The disaster leaves 72 dead and the ensuing investigation teams Kendra with the FBI, led by agent Ellen Hunter (Karen LeBlanc) and local sheriff McCullogh (Donal Logue) in a far-reaching mystery that comes with the startling revelation that the crash might not have been an accident.

“It’s as much character-driven as it is procedural for me. The best part of the show is finding that perfect balance,” said Panjabi.

“[Kendra] has some really interesting relationships that are put to the test as the pressure increases to search for the truth,” she said. “One of the characters I liked working together with [this season] is Ellen, Karen LeBlanc’s character, the FBI lady. We just loved the idea of two women who are so used to running their own teams [who] are forced to suddenly work together. It’s really great when TV shows have time devoted to having those female relationships, because I think they’re so fascinating and fun and complex.”

Plummer’s role in Season 2 is reduced, but Howard is still in the show (he appears onscreen via phone calls with Kendra, so that Plummer could film during the pandemic without leaving his home).

There’s no word yet on whether the show will get a Season 3, but Panjabi said that Plummer’s attitude stuck with the cast on set.

“I remember in Season 1, I didn’t know everybody well but I sat up all night looking through the script, and I had some ideas and thoughts about how a scene could be improved,” she said.

“I love taking the scripts and working with the new actors and finding new things or experimenting, it’s one of the greatest joys for me for my craft. They were just suggestions, but it did involve editing some of Christopher’s dialogue. And I remember him waving the pages at me and saying ‘Is this down to you?’ And I was so terrified because I thought he would say something to me. But he turned around and said, ‘Oh, thank goodness!’

“He really encouraged me thereafter to put forward thoughts and ideas. And because I had his blessing, I feel that motivated me after every shoot and go back and keep working on the script and encourage the other actors to do that.

“So, his legacy is very much with us. He was a special man.”