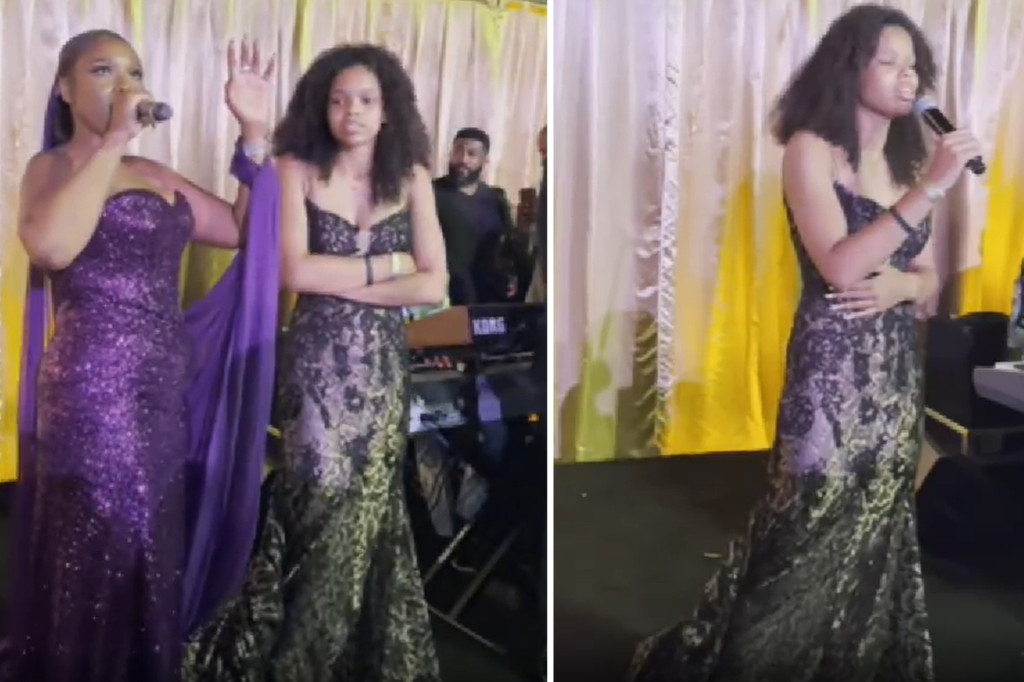 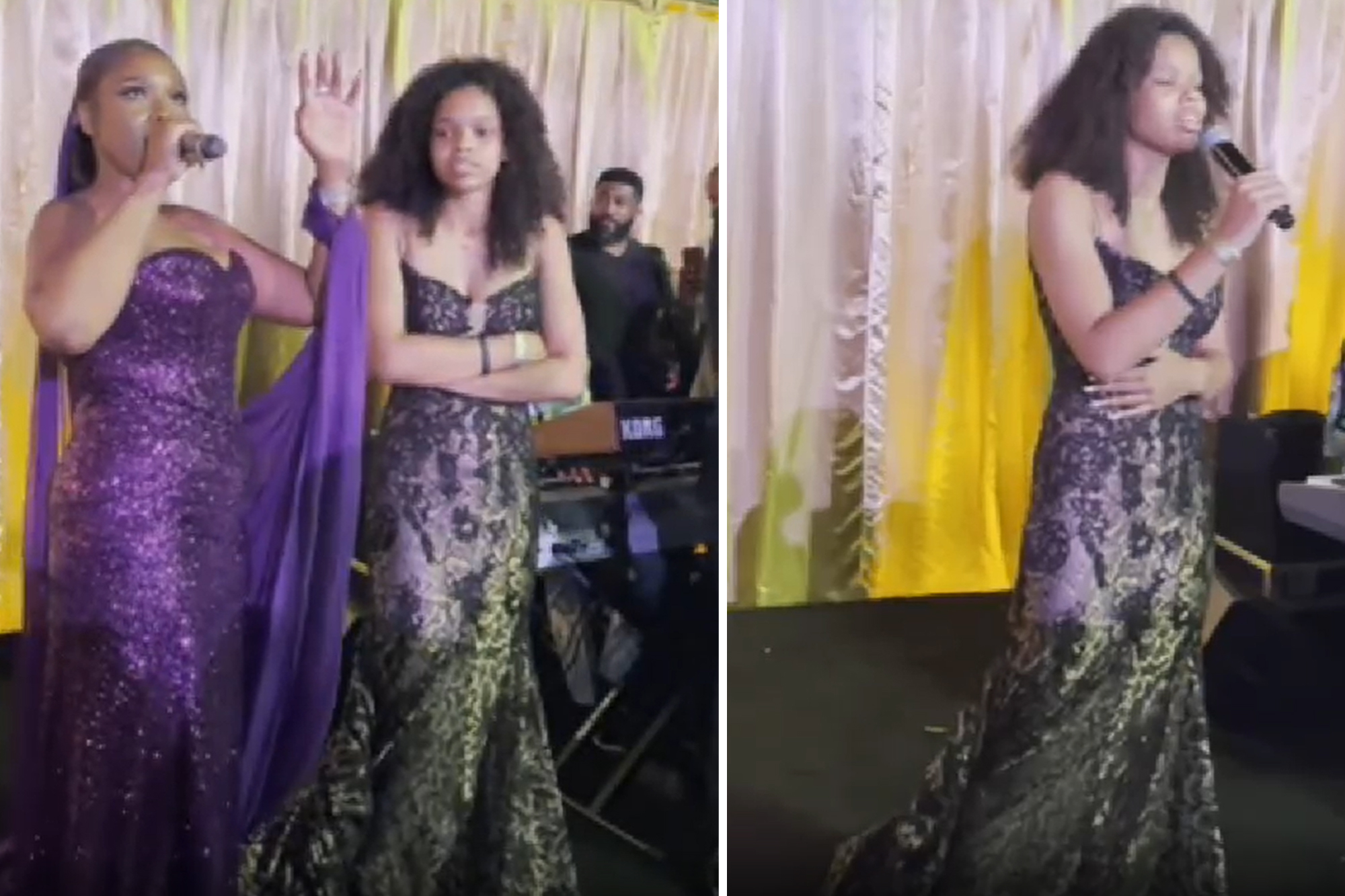 Talent obviously runs in Aretha Franklin’s family — and Grace Franklin proved it by delivering a stunning rendition of her grandma’s favorite song.

The late music icon’s 15-year-old granddaughter joined Jennifer Hudson at the “Respect” premiere on Wednesday — where the duo stunned onlookers by singing their hearts out.

The Oscar winner, 39, is playing the Queen of Soul herself in the biopic out Friday, Aug. 13. Hudson shared a clip on Instagram of herself and Grace, 15, singing on the red carpet while both rocked gorgeous sequined gowns.

“Grace Franklin sings ‘Ain’t No Way’ at ‘Respect’ premiere,” the Chicago native captioned the snap to her 3.2 million followers: “What better what to celebrate Aretha Franklin than for her granddaughter @gfranklin61 to sing her song at the film premiere? She would be so proud!”

The now-viral video has garnered almost 700,000 views as of Thursday evening.

“I’m so happy to see my grandmother honored in such an amazing way,” Grace said before she started to sing. “‘Ain’t No Way’ is my favorite song from my grandma, so I hope y’all enjoy it!”

“Dreamgirls” star Hudson and Grace first came together on Aug. 3 to honor Franklin. Grace shared a video of the two harmonizing and singing a few lines of the “Natural Woman” crooner’s hit songs.

“Surprise! [It was] truly an amazing experience getting to sing for such an amazing vocalist. chilling and talking with @iamjhud at my great-grandpa’s old house was so wonderful. She’s so down to Earth, it was like we met before! she did such a great job playing my grandma, I hope all of you enjoy 🙂 @respectmovie #respect #respectmovie,” Grace wrote alongside the clip.

Grace sure does follow in her grandmother’s footsteps as a musician. She was a performer at the “A Benefit In Memory of Aretha Franklin” event in Detroit, Michigan, in 2019 on the first anniversary of Franklin’s death. The 18-time Grammy winner died on Aug. 16, 2018 at the age of 76 due to pancreatic cancer.

“Respect” isn’t the only Hollywood adaption of Franklin’s illustrious life. “Genius: Aretha,” an eight-episode miniseries about Franklin’s personal life and career, premiered in March. However, her family wasn’t too keen on the show. Grace even took to TikTok with her parents and siblings and blasted the docuseries.

“This movie has to go,” she exclaimed in the video. “During the process of writing, directing, and filming this movie, we’ve reached out to ‘Genius’ as a family on multiple occasions where we have been disrespected and told we will not be worked with.”