Former UFC fighter Artem Lobov has criticized Dustin Poirier’s performance against Conor McGregor at UFC 257, saying the only good thing the ‘The Diamond’ did in the fight was land leg kicks on the Irishman.

“Fair play to Dustin [Poirier], he had those leg kicks but they sort of creeped up out of nowhere…If you just ignore those kicks for a second, there wasn’t much else that he was doing different. He got the takedown, Conor got up, Dustin couldn’t really do much with it and then Conor was aggressive, Conor was landing some big big shots on Dustin and you could see the doubt on his face. I think that was a fair assessment,” said Artem Lobov.

‘The Russian Hammer’ went on to say he didn’t see anything from Poirier in the fight that could be called dangerous and needed to be prepared for.

Lobov also argued that McGregor did not take much damage in his fight with ‘The Diamond’ and thus, it is reasonable for the Irishman to return to the octagon after a short period of time.

Artem Lobov is a Russian mixed martial artist who has a professional MMA record of 13-15-1. Lobov is good friends with McGregor and is also his training partner.

The 34-year-old used to compete in the UFC. He had seven fights with the promotion but won only two of them. After parting ways with the UFC, Lobov joined the BKFC.

Artem Lobov reveals when he is going to fight again 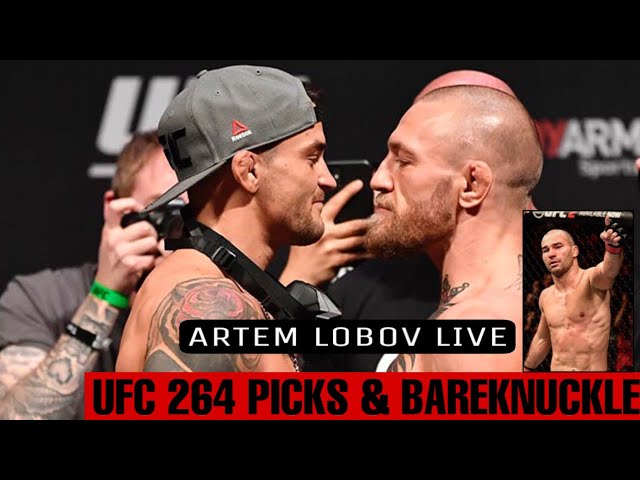 In an interview with Chris Lebeau of MMA Uncensored, Artem Lobov revealed details about his next fight.

“The fight is going to be on the 24th of July and it will be in Kiev, Ukraine,” said Artem Lobov.

The 34-year-old fighter’s last bout took place at BKFC 19, which he lost via a TKO to Jason Knight. It was a rematch after Lobov had won the first fight via a unanimous decision.

In between the two fights with Knight, the Russian also defeated former boxing champion Paulie Malignaggi via a decision in a bare-knuckle boxing match.