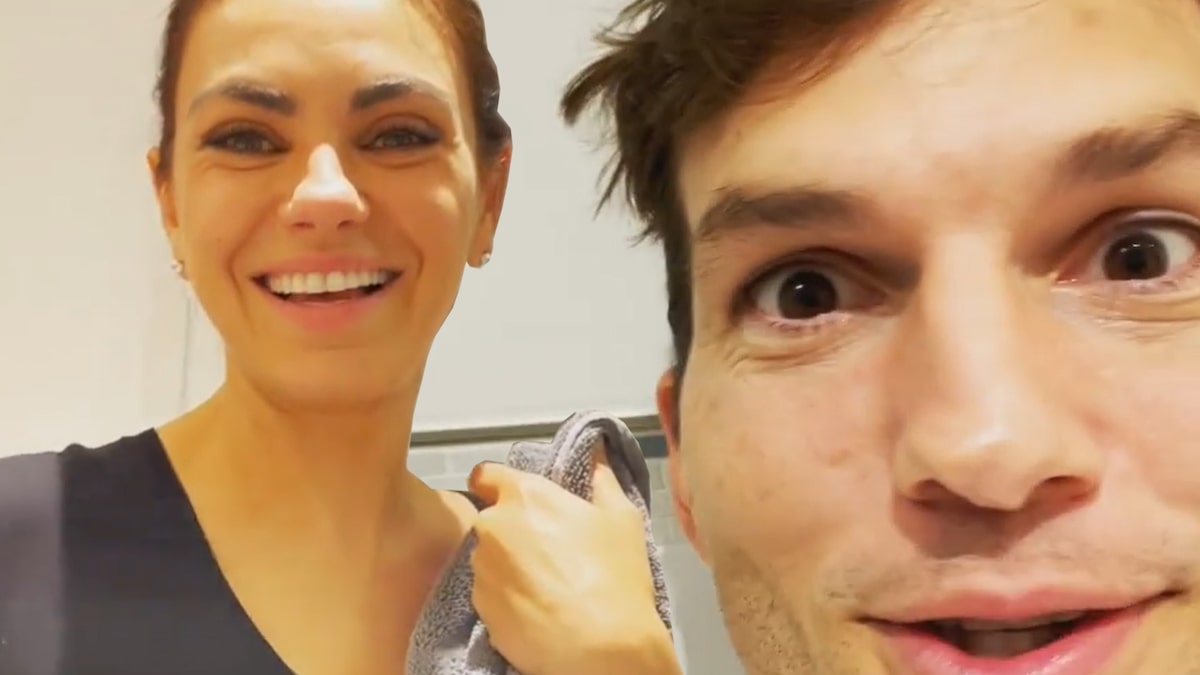 “That’s like four times this week!” exclaims Ashton as Mila washes their kids.

After causing an uproar over their kids’ bathing habits — or lack thereof — Ashton Kutcher and Mila Kunis addressed the controversy the best way they know how: through humor.

On Wednesday night, the duo trolled their critics with a video from bath time for the couple’s two children; Wyatt, 6, and Dimitri, 4. “This bathing thing is out of hand,” he captioned the video, along with the hashtag #KutcherBathroomTalks.

Waiting for your permission to load the Instagram Media.

In the footage, he bombards Kunis with questions in the bathroom, as the kids are heard singing in the tub behind her. “What’s going on?” he asks her, before she informs him that she’s using water on their children.

“You’re putting water on the children?! Are you trying to melt them?!” he exclaims, as she bursts into laughter. “Are you trying to injure them with water?! This is ridiculous. What’s going on?!” he continues, only eliciting more laughter from his other half.

“We’re bathing our kids,” she says, before he — continuing his insane sarcasm — yells, “That’s like the fourth time this week! Four times this week!” The video ends with him saying, “Their body oils are going to be destroyed, what the hell are you trying to do?!”

Kristen Bell and Dax Shepard Come Clean About Bathing Habits (Again): ‘Not So Much of a Joke’

The two made headlines along with Dax Shepard and Kristen Bell in July, after the couple appeared on Dax’s Armchair Expert podcast. During the interview, Dax opened up about his family’s lax stance on bathing — explaining he subscribes to the notion that one need only focus on “soles and holes.” It’s a common belief held by many that overbathing can reduce the body’s natural oils and prove ultimately detrimental to overall health.

Mila agreed with the sentiment, saying she’d always taken a more lax approach to showering because she grew up largely without hot water, so it’s not like it was a lovely and relaxing experience for her.

As for Ashton, he said that he pretty much only washes his “armpits and crotch” on the daily and that is literally it. Now that their kids Wyatt and Dimitri (six and four, respectively) are growing up, they do get bathed, but still not anywhere close to daily. “If you can see dirt on them,” says Ashton, “Clean them. Otherwise, there’s no point.”

That admission caused an uproar on social media, before Bell and Shepard doubled down on their stance, Jake Gyllenhaal joined them in their beliefs and stars like Dwayne “The Rock” Johnson made it clear they bathe as often as possible.

See every star who’s chimed in on the ongoing controversy below!