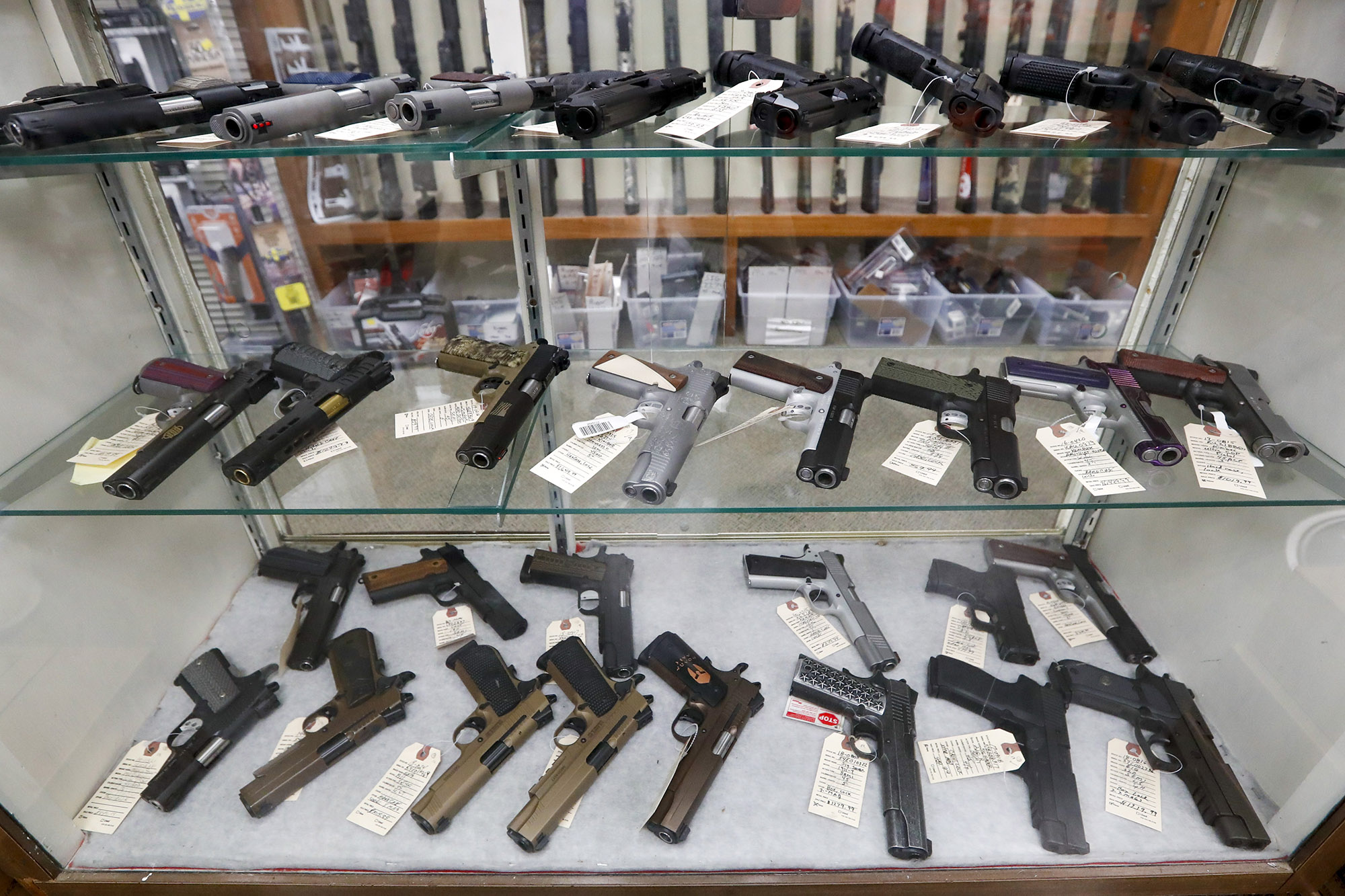 SALT LAKE CITY — The number of people stopped from buying guns through the US background check system hit an all-time high of more than 300,000 last year amid a surge of firearm sales, according to new records obtained by the group Everytown for Gun Safety.

The FBI numbers provided to The Associated Press show the background checks blocked nearly twice as many gun sales in 2020 as in the year before. About 42 percent of those denials were because the would-be buyers had felony convictions on their records.

The increase in blocked gun sales largely tracks with the record-setting surge in sales that took hold along with the coronavirus pandemic and has continued into this year, through historic demonstrations against police brutality, deep political divisions and an insurrection at the US Capitol.

It comes as Congress has failed to pass major legislation on guns despite the Democratic majority and President Joe Biden’s push. A bill that would strengthen background checks is stalled in the Senate. The House in March passed the legislation requiring the checks on all sales and transfers, as well as an expanded 10-day review for gun purchases. Most states require background checks only for sales at federally licensed dealers. But the legislation faces an uphill battle getting any Republican support in the Senate.

According to the data, the rate of barred would-be gun buyers also increased somewhat over the previous two years, from about 0.6 percent to 0.8 percent. That could be in part because many of the people who tried to get guns in 2020 were buying them for the first time and may not have been aware that they were legally barred from owning them, said Adam Winkler, a UCLA Law professor specializing in gun policy.

“Some may have a felony conviction on their record and not think about it,” he said.

Making a false statement in connection with a background check is a felony punishable by up to 10 years in prison and a hefty fine, but few people are prosecuted for what would amount to lying on the form filled out before a gun purchase, he said.

In 2017, just 12 of the 112,000 people denied a gun purchase, about 0.01 percent, were federally prosecuted, largely due to limited resources for the time-intensive investigations, according to a US Government Accountability Office report.

Everytown’s research found that 16 percent of would-be gun buyers in 2020 were prohibited by state law, like the extreme-risk protection orders or red-flag laws passed in several states. Another 12 percent were related to domestic violence, either people subject to a protective order or convicted of a misdemeanor domestic violence crime.

The data shows how necessary the legislation is, said Sarah Burd-Sharps, Everytown’s director of research.

“There’s no question that background checks work, but the system is working overtime to prevent a record number of people with dangerous prohibitors from being able to buy firearms,” she said in a statement. “The loopholes in the law allow people to avoid the system, even if they just meet online or at a gun show for the first time.”

Gun rights groups have pushed back against the proposal and Alan Gottlieb, founder of the group the Second Amendment Foundation, said the increase in denials might be partly because more states have been updating their records of restricted people. There are sometimes false positives as well, he said. “A day doesn’t go by that our office doesn’t get complaint calls from people who’ve been denied wrongly,” he said.

The data also comes as a growing number of conservative-leaning states drop requirements for people to get background checks and training to carry guns in public.

Texas last week became the latest state of about 20 to drop permitting requirements amid a push that began gathering steam several years ago. Gun rights groups say those requirements are an unfair burden for law-abiding gun owners, but firearm safety groups worry it’s a dangerous trend that will allow more firearms in the wrong hands.

Denial data is released by the FBI, but the information collected by Everytown breaks it down by year and includes data from states such as California and Florida, which conduct their own background checks.