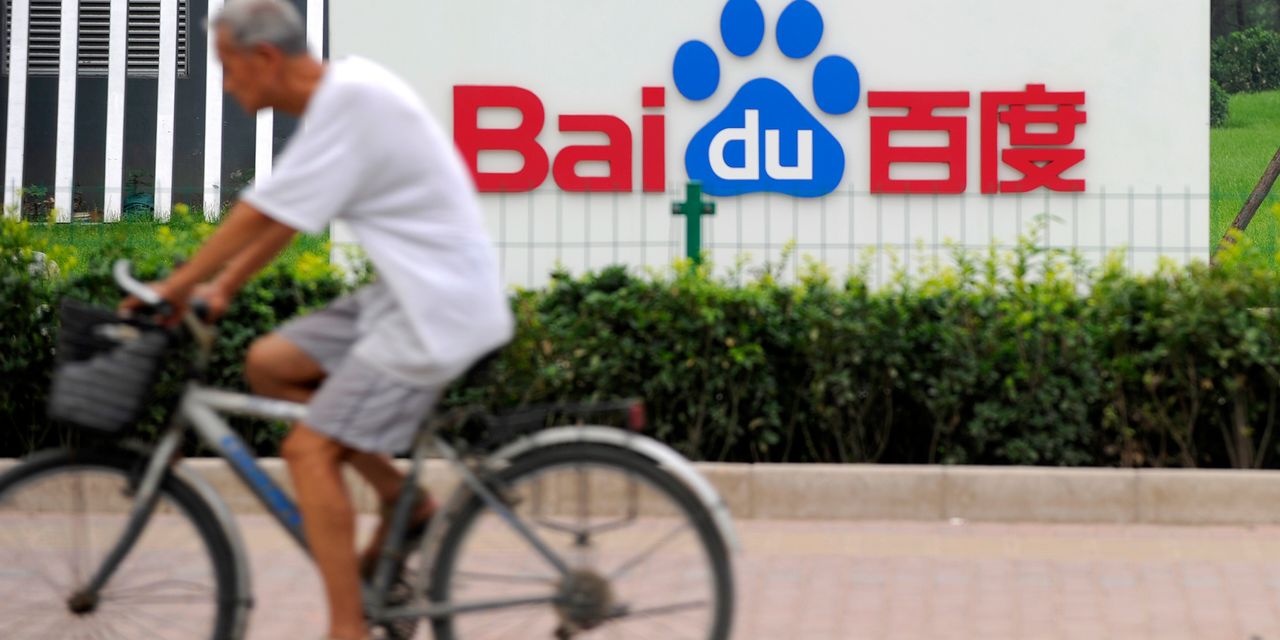 Baidu’s Nasdaq-listed shares (ticker: BAIDU) fell 1.3% in the premarket trading Thursday after reporting a profit of $2.39 a share, beating forecasts for $2.07, on sales of $4.86 billion, ahead of estimates for $4.78 billion.

The likely reason for Baidu stock’s drop? Baidu’s third-quarter revenue guidance, which is forecast to come in between $4.7 billion and $5.2 billion, with a midpoint below the consensus $5.14 billion.

The stock has suffered, along with many of China’s tech firms over the past few months on concerns about increased oversight from China’s authorities and delisting threats by U.S. regulators, with shares down 8% since May.

The search engine giant, which is the equivalent of

-owned Google in China, has been expanding into the artificial intelligence space having lost market share in its search engine business. Last year it launched an autonomous taxi service in Beijing and other Chinese cities.

Robin Li, co-founder and CEO of Baidu said in a statement: “Baidu Core delivered another strong quarter, powered by the fast growth of our new AI business. AI enables businesses and local governments to do more and serve more people.

“We are excited about the opportunities to help different industries transform their business with AI and support our goal to become carbon neutral by 2030.”

Second-quarter revenues grew 27% when compared with the same period the previous year, which the company said was boosted by AI cloud growing 71%.