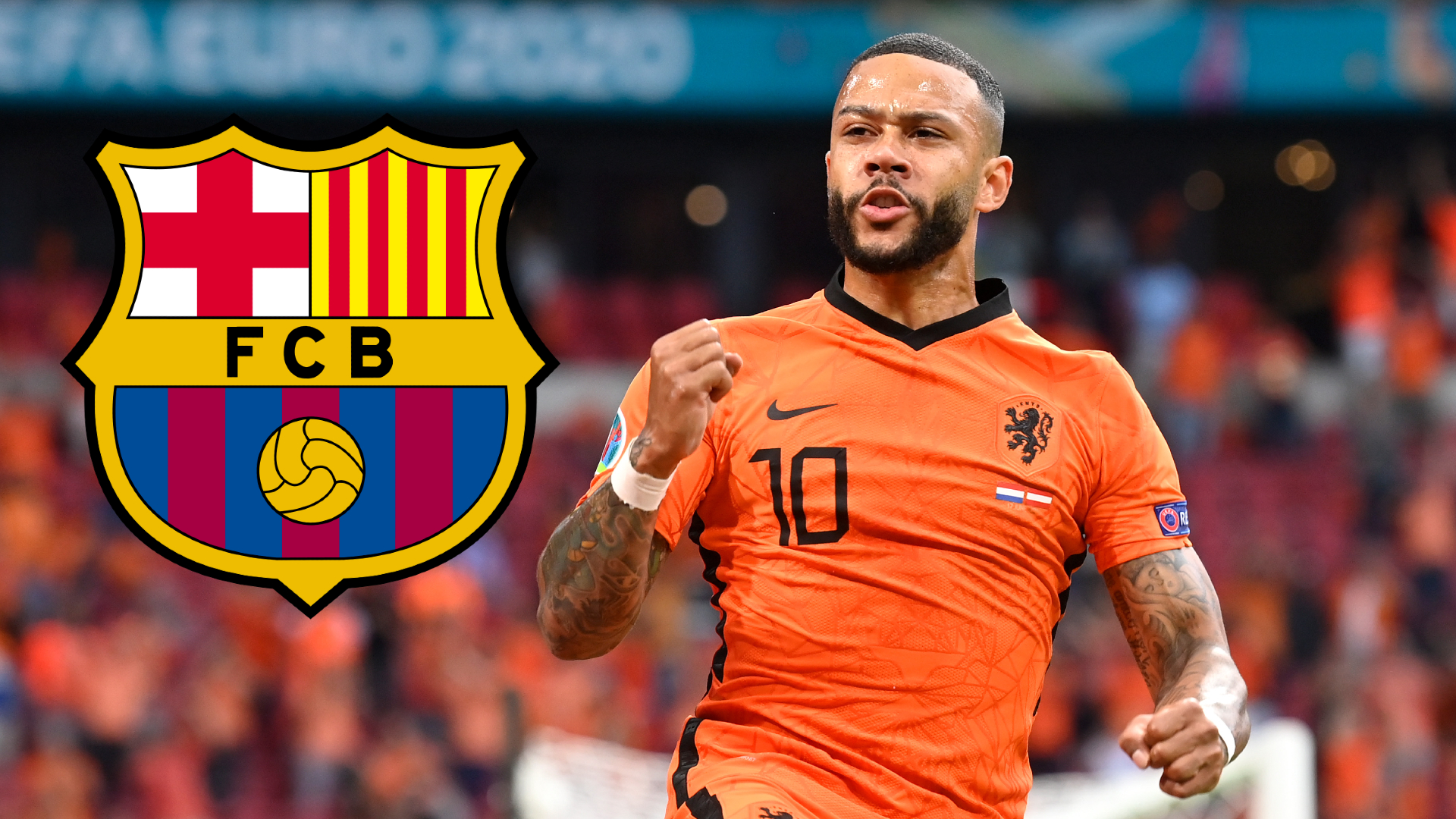 Barcelona have completed the signing of Memphis Depay.

The 27-year-old winger has joined on a free transfer after running down his contract at Lyon.

The attacker is the fourth player to join the Spanish side this summer, following Sergio Aguero and Eric Garcia, who were both signed after leaving Manchester City, and Emerson Royal.

How long has Depay signed for?

The former PSV and Manchester United player had long been linked with a move to Camp Nou.

Barca were linked last year and again in January but the winger has finally reunited with former Netherlands boss Ronald Koeman, penning a two-year deal.

The announcement comes days after Ronald Koeman said that a deal was in the works, telling reporters : “It’s not signed yet, but it’s almost there.”

His comments were made hours after Depay said that he wanted to play under Koeman again and suggested no other teams were in contention to sign him.

How did Memphis perform at Lyon?

The Netherlands international joined Lyon from Manchester United in 2017.

He scored 76 goals in 178 appearances in all competitions over his four years with the French side.

His final season was his most prolific, however, as he netted 20 times in Ligue 1 to end up the joint-second top scorer behind Paris Saint-Germain star Kylian Mbappe, who got 27. Depay was top of the assist chart with 12.

Depay worked with Koeman for almost two years while the 58-year-old was in charge of Netherlands.

He was a crucial player as Netherlands improved following their unsuccessful Euro 2016 and 2018 World Cup qualifying campaigns under Guus HIddink and Danny Blind.

Depay scored 11 times in the 18 matches he played under Koeman before the coach was lured to Barcelona last August.