WWE Superstar Becky Lynch has been away from the ring for a number of months now after giving birth. However, the former Women’s Champion has revealed she’s at the site of tonight’s Money in the Bank pay-per-view.

The Man posted a picture onto Twitter of her standing in front of Fort Worth Texas, which is where the Money in the Bank show is set to take place. She even posted a tongue-in-cheek tweet hinting that she might try and get involved in the Women’s Money in the Bank Ladder match.

“Beautiful day in Fort Worth Texas. I really hope no one gets taken out of this ladder match. #MITB,” Becky Lynch wrote.

Rumors of a Becky Lynch return have been circulating after the WWE Superstar was reported to have been present backstage at a recent episode of SmackDown Live.

Becky Lynch has also been spotted training in the gym recently, which would signify she’s getting ready for a return to WWE and doing what she does best, being The Man.

WrestleVotes have reported that a source told them that WWE is planning a big name return for the show. If you want to know who that name is, you can click here!

Be sure to check out our Money in the Bank review show below after the pay-per-view finishes! 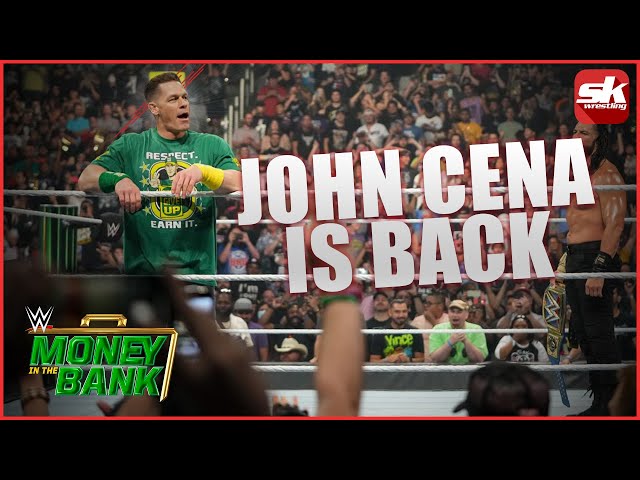 Would you like to see Becky Lynch return at Money in the Bank?