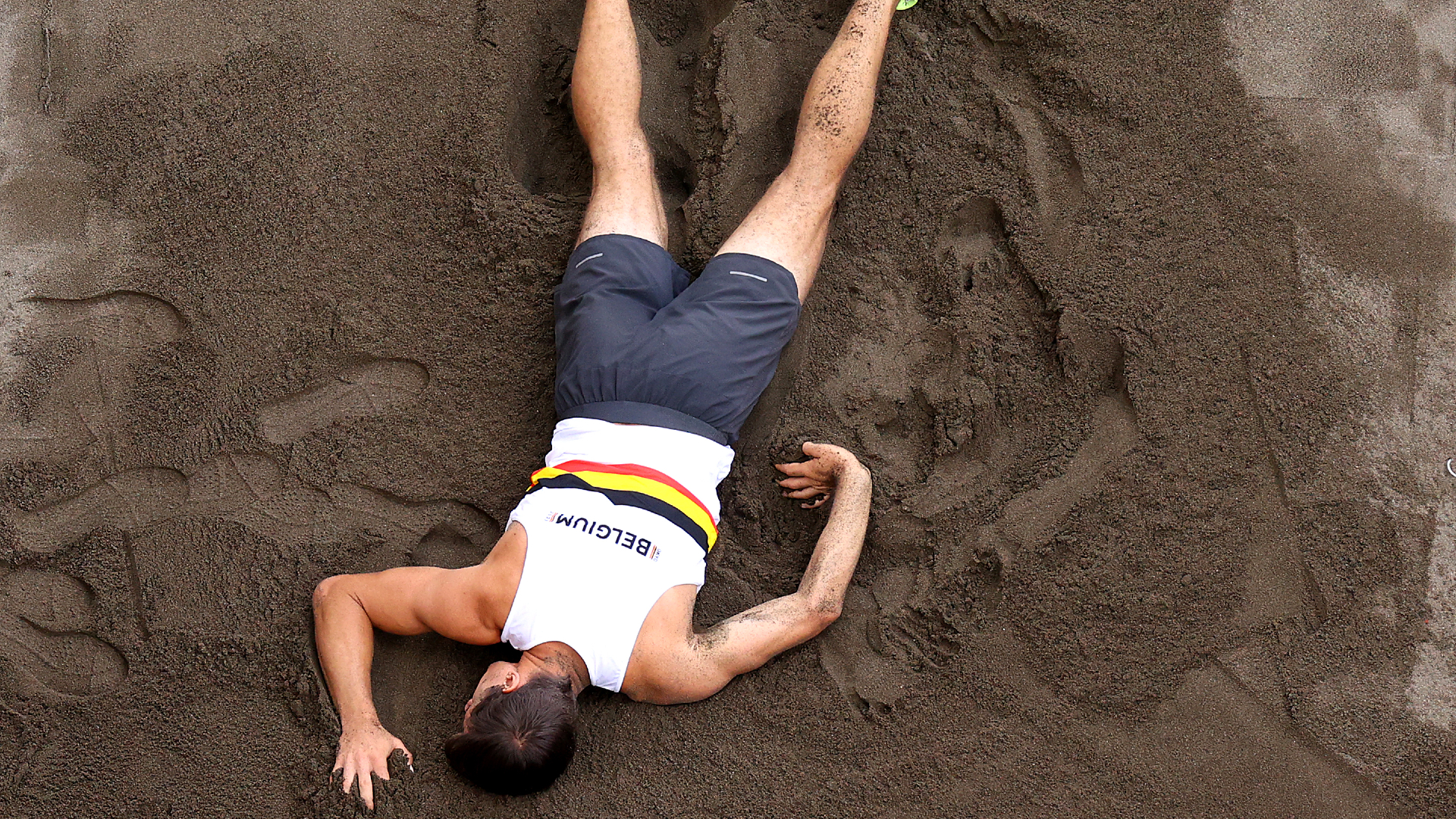 Thomas Van der Plaetsen’s bid for his first Olympic medal may have ended on his first day of competition at the 2021 Tokyo Olympics.

The Belgian’s incident happened in the long jump, just the second event of the decathlon. He had a good run up to the jumping-off point, but seemed to stumble upon launch, falling on his side in the sand pit; after getting checked out by trainers, he left Olympic Stadium in a wheelchair with Belgium’s flag draped over his shoulders.

Below is a video of Van der Plaetsen’s injury, which he appears to have suffered on his ankle:

Van der Plaetsen has won gold in the 2013 and ’15 Universiade Games, bronze in the 2014 World Indoor Championships (heptathlon) and gold in the 2016 European Championships. It is uncertain whether he will be able to continue competing, though his lack of score in the long jump likely precludes any chance of medaling.