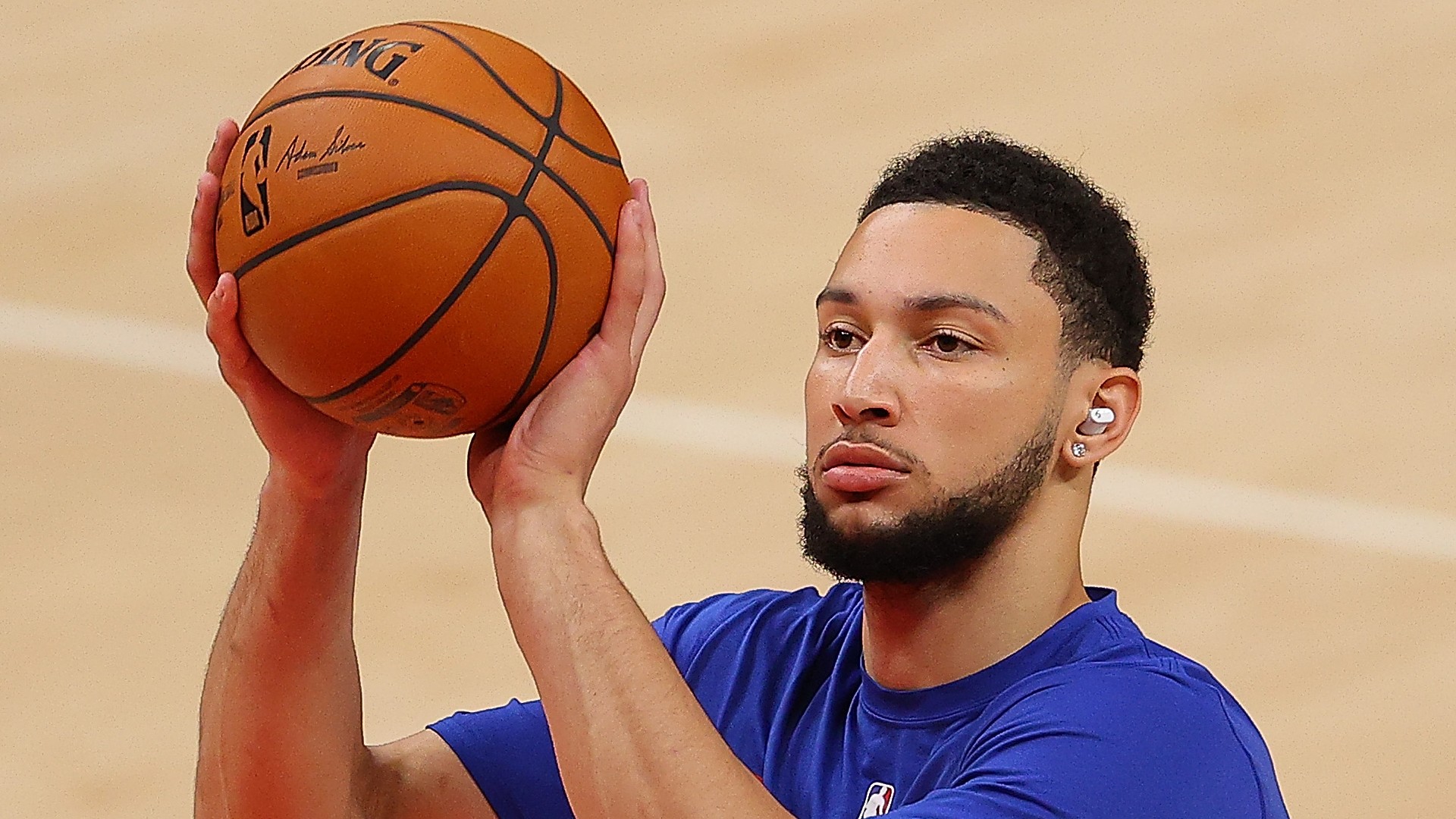 Ben Simmons entered Wednesday’s Game 5 shooting a dreadful 34 percent from the free throw line in the 2021 NBA playoffs — and then that number got worse.

The 76ers star went 4 of 14 on free throw attempts in Philadelphia’s stunning 109-106 loss against the Hawks, dropping him to 30.8 percent in the Eastern Conference semifinals and 32.8 percent overall in the postseason. That’s the second-worst free throw percentage among players who have taken at least 50 attempts over the course of a single playoff run, per StatMuse, with only Ben Wallace in 2006 (27.3) landing below Simmons.

When asked after Game 5 about his shooting struggles, Simmons, who had eight points, nine assists and four rebounds in 38 minutes, told reporters that they were more mental than physical. He didn’t seem to know why he had gone from better than 60 percent during the regular season to the low 30s in the playoffs.

Simmons’ struggles at the line were just one part of a brutal collapse that pushed the Sixers to the brink of elimination. After trailing by as many as 26 points, Atlanta mounted a major comeback in the second half and outscored Philadelphia 40-19 in the fourth quarter to take a 3-2 series lead. Simmons didn’t contribute much in the final frame, and at one point, he had to be subbed out because of the “Hack-A-Ben” strategy the Hawks have employed to put Simmons at the line instead of allowing the 76ers to run their offense.

“You play minutes without Ben, right, during the game? I think we’re equipped for that, and we’re ready to do that,” Philly coach Doc Rivers said. “Obviously, we did it again tonight. Do you want to do that is the better question, and the answer would be no. When Ben makes them, we get to keep him in. When he doesn’t, we can’t. And that’s just the way it is.”

“When Ben makes them we get to keep him in, when he doesn’t we can’t…”

Regardless of the source of his issues, Simmons knows the only way that he can ensure he stays on the floor is to bring his free throw percentage way up.

“Obviously, I’ve got to knock down free throws and step up and do that,” Simmons said. “It is what it is, you know, coach’s decision.”