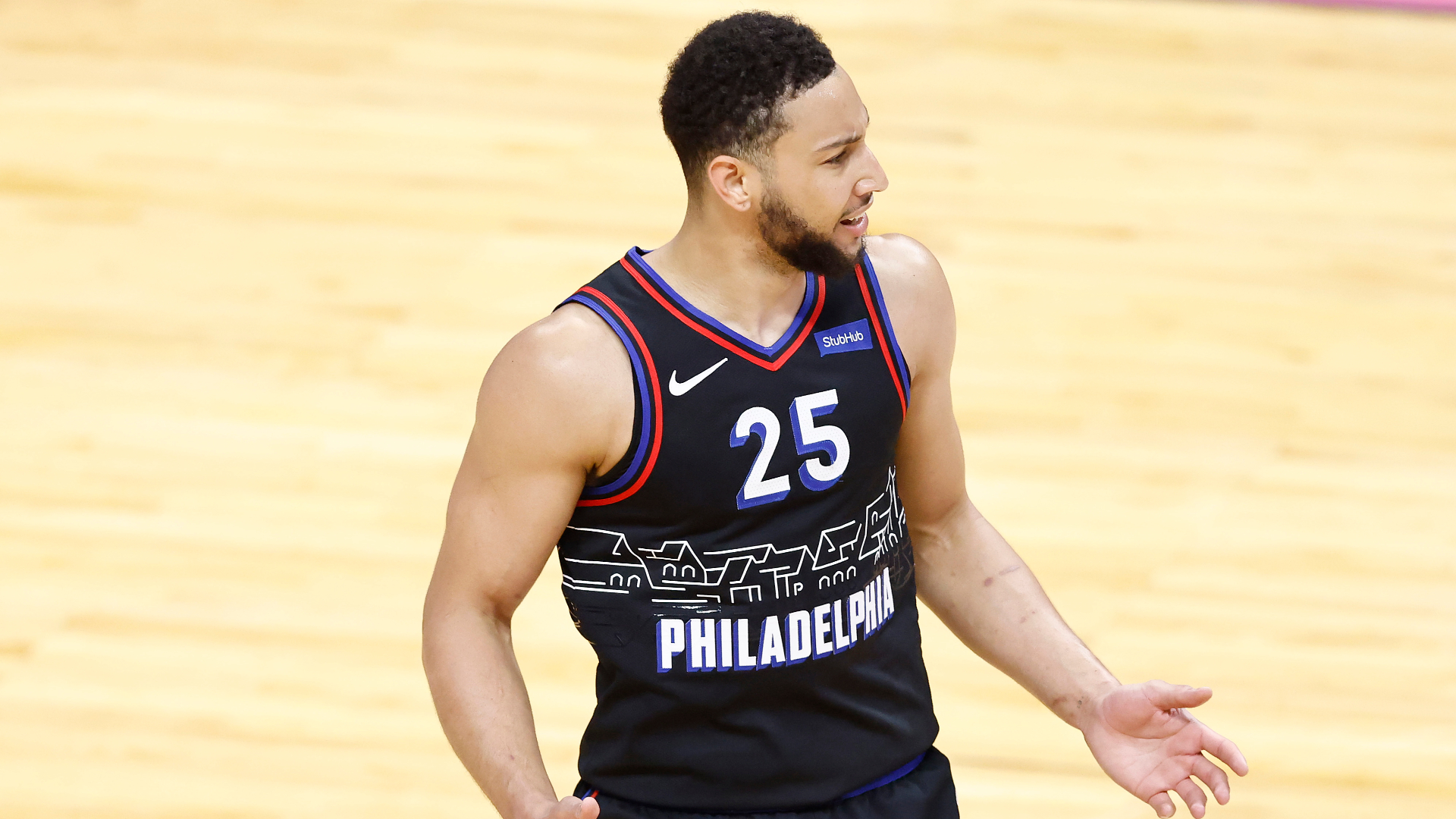 The questions about Ben Simmons’ future with the 76ers remain unanswered on eve of the 2021 NBA Draft and NBA free agency.

Simmons’ poor performance during Philadelphia’s surprising second-round exit at the hands of the Hawks has brought plenty of trade buzz to the city of brotherly love. While coach Doc Rivers has been adamant that the team has a plan for Simmons, he also was lukewarm about Simmons’ star potential after the Sixers’ Game 7 elimination at the hands of the Hawks.

As such, it’s no surprise that the 76ers are continuing to shop Simmons to see what they can get for him. And with the draft approaching, it’s “increasingly likely” that Simmons will be moved, per Sam Amick of The Athletic.

It’s looking increasingly likely that Philadelphia’s Ben Simmons will be on the move. One source close to the situation handicapped Miami, Toronto and Washington as the most likely landing spots.

It’s unclear if Philadelphia would be reluctant to move Simmons to another team within the Eastern Conference, but all three teams are a good fit for the 25-year-old All-Star.

The Heat finished with a 40-32 record last year, but they could use an upgrade over the Goran Dragic/Kendrick Nunn point guard duo they utilized last season. Simmons would be a third star to pair with Jimmy Butler and Bam Adebayo. The Raptors seem likely to part with Kyle Lowry this offseason, so acquiring Simmons, an excellent defender, would help to replace him. Plus, he’d pair well with the sharpshooting Fred VanVleet.

The Wizards scenario is a bit more interesting, as Amick noted. Simmons would only go to the nation’s capital if Bradley Beal demanded a trade. So, if the Wizards are forced to start fresh, Simmons would be a nice piece with which to start a rebuild.

If the Sixers do decide to move on from Simmons, they’ll likely be looking to add more shooting to their lineup. Beal would be the one to watch in Washington, Lowry (via a sign-and-trade) would be the top Toronto chip and Tyler Herro would probably be the apple of their eye in Miami (though the Heat are reportedly reluctant to move Herro).

Of course, trading Simmons is no guarantee, nor is it a guarantee that he will land with these three teams in any potential deal. Nonetheless, it is something to keep an eye on during the draft and early stages of free agency.