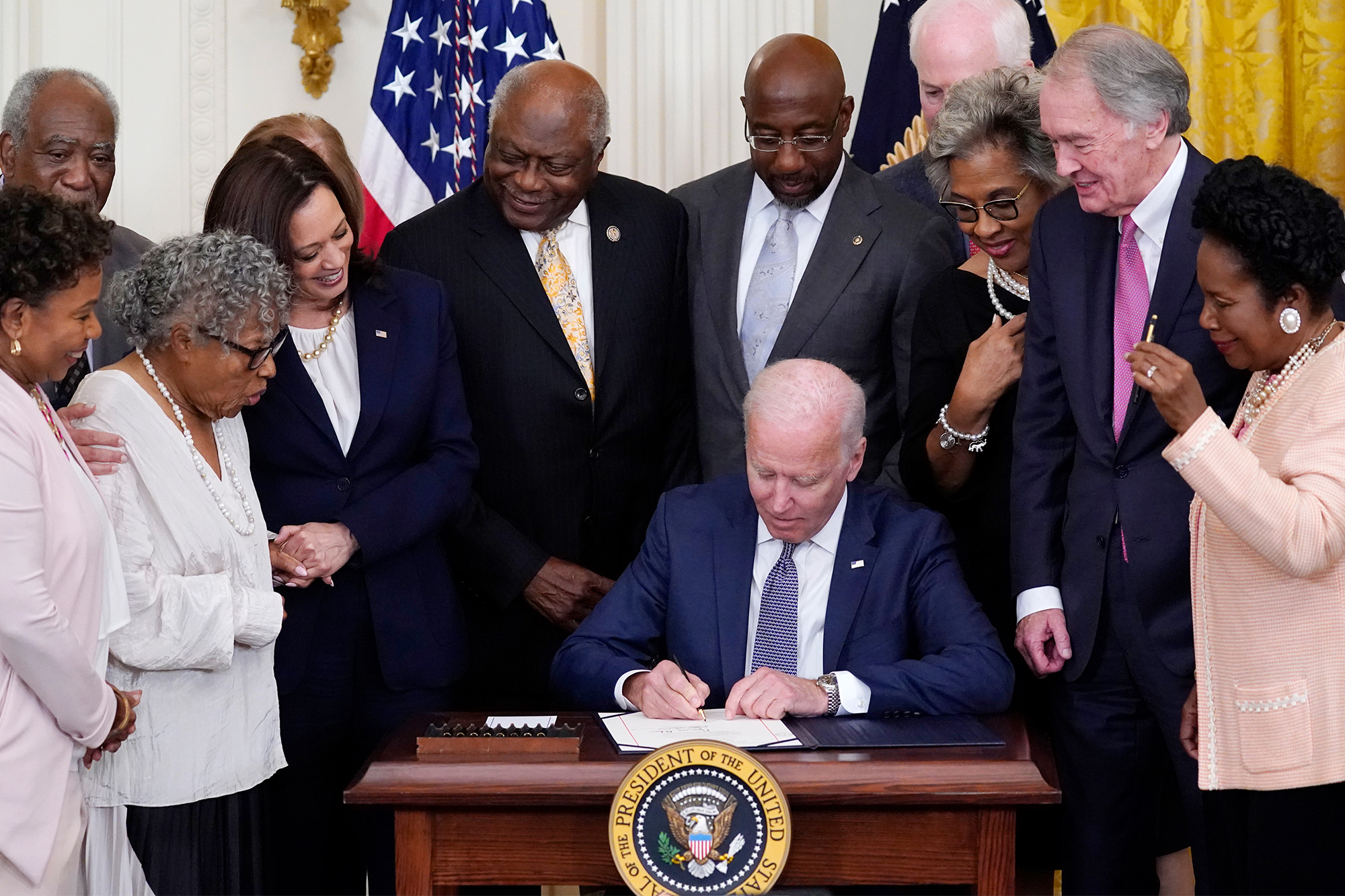 The House voted 415-14 on Wednesday to send the bill to Biden.

Juneteenth commemorates June 19, 1865, when Union soldiers brought the news of freedom to enslaved Black people in Galveston, Texas — two months after the Confederacy had surrendered. That was also about 2 1/2 years after the Emancipation Proclamation freed slaves in the Southern states.

The US Office of Personnel Management, which is the human resources office for the federal government, tweeted Thursday that most federal employees will observe the new holiday — Juneteenth National Independence Day — on Friday since June 19 falls on a Saturday this year.