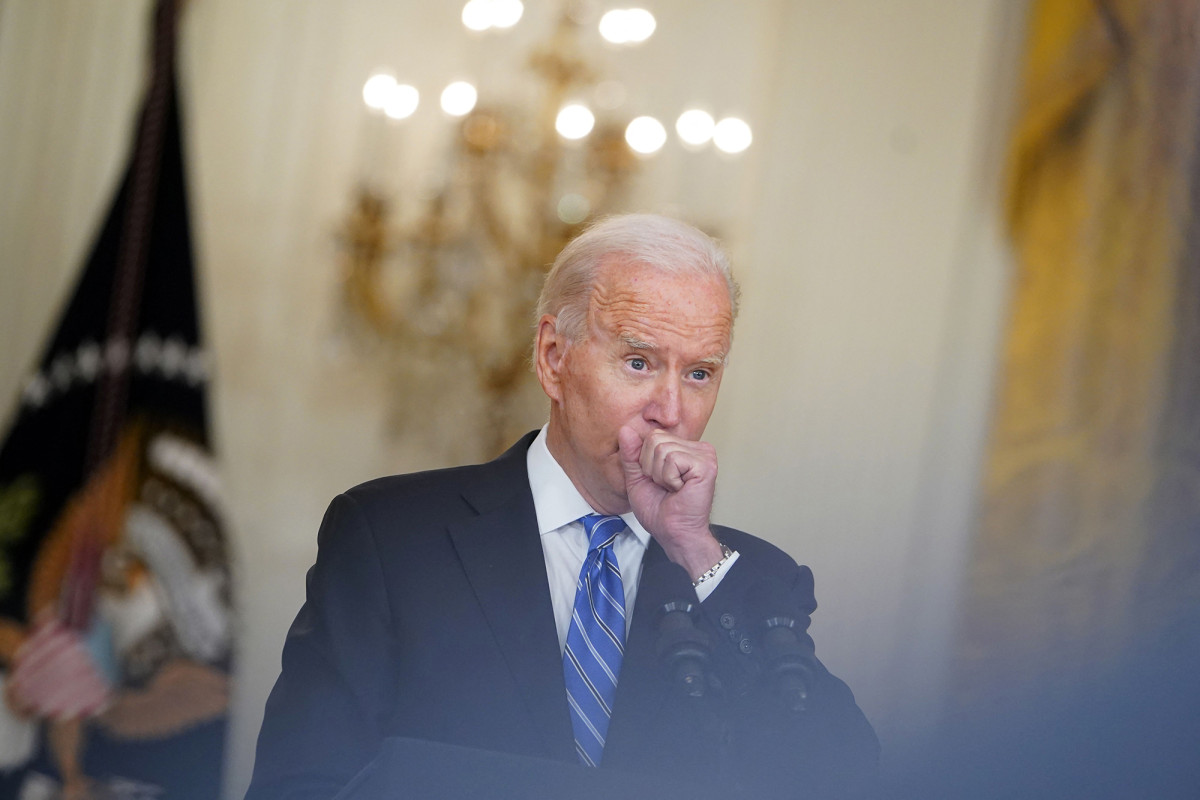 Support for President Biden is taking a hit, with his average approval rating sinking to a record low of 50 percent, new polls show.

Two polls — Economist/YouGov and Quinnipiac — tied for the lowest rating at 47 percent.

Meanwhile, his highest rating of 55 percent came from The Hill/HarrisX’s poll.

It is down from an average of 55.8 percent in late January when Biden first took office.

The plummeting approval rating comes amid a series of crises for his administration, including spiking inflation, the COVID-19 pandemic and the record surge of illegal immigrants at the US-Mexico border.

It comes as a new Fox News poll on Wednesday revealed nearly 80 percent of Americans blame Biden for ongoing inflation fears and 70 percent believe the nation’s economy is in bad shape.

The surging costs of groceries and gas are causing financial hardship for 70 percent of people with incomes less than $50,000, the polls say.

Over 50 percent of those who earn $100,000 say price increases have also been tough on them.

That same poll had Biden’s approval rating at 53 percent.