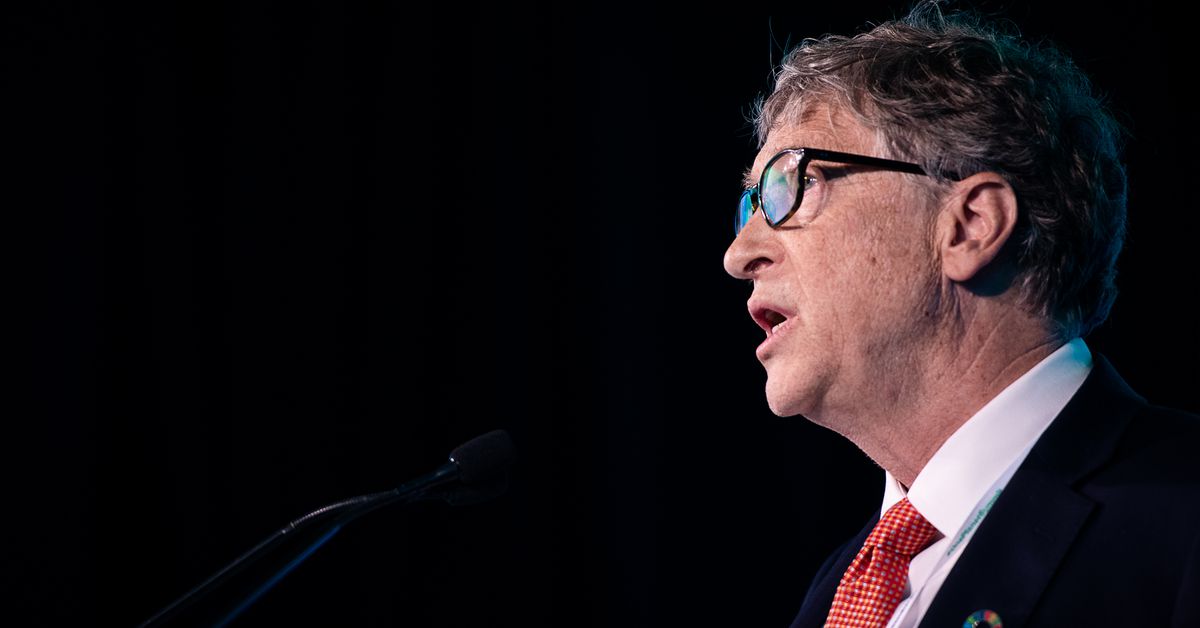 The bipartisan infrastructure deal could unlock a new stream of private funding for climate tech — and Bill Gates wants in on the action. Gates’ climate investment fund says that if the infrastructure bill moves forward, it will match $1.5 billion in government funds and put that money toward projects that are developing green technologies.

Breakthrough Energy, Gates’ climate fund, laid out four different uses for the money: developing green hydrogen fuels, sustainable aviation fuels, energy storage, and technologies that take carbon dioxide out of the air. It said on Twitter that the money could “fast-track” commercial demonstration projects across the US.

“Scale them up to a pretty gigantic level”

“Critical for all these climate technologies is to get the costs down and to be able to scale them up to a pretty gigantic level,” Gates told The Wall Street Journal, which was the first to report on the announcement. “You’ll never get that scale up unless the government’s coming in with the right policies, and the right policy is exactly what’s in that infrastructure bill.”

The funding depends on whether a bipartisan infrastructure package ultimately becomes law. The bill still needs to pass the House after it passed in the Senate earlier this week. The package includes $25 billion for the Department of Energy for public-private partnerships, The Wall Street Journal reports. If the bill becomes law, Breakthrough Energy can apply for matching funds. If the bill fails, Breakthrough Energy could funnel its $1.5 billion toward projects in Europe and Asia instead, The Wall Street Journal says.

Breakthrough Energy tweeted that it wants to work with the Energy Department to spur up to $15 billion in investments in technologies that might be able to help the US bring its carbon dioxide emissions down to net-zero.

The news was met with excitement this morning from Secretary of Energy Jennifer Granholm. “Welcomed news! This shows the private sector is ready to answer the call to combat the #climatecrisis,” Granholm tweeted.

The Biden administration has pledged to get the US on track to reach net-zero greenhouse gas emissions by 2050. Leading climate scientists have found that hitting that target globally could prevent some of the worst effects of climate change.

To reach net-zero, economies have to drastically slash climate pollution that comes from burning fossil fuels. Any remaining carbon dioxide emissions would have to be pulled into natural carbon sinks like forests, or captured using a still-emerging suite of technologies that scrubs it out of smokestacks or pulls it out of the air.

Both Breakthrough Energy and the Biden administration have prioritized developing so-called “direct air capture” tech. The infrastructure package includes $3.5 billion for four proposed regional hubs across the US, each with the ability to capture at least 1 million metric tons of carbon dioxide annually (about as much as 120,000 US homes might generate from their energy use in a year). There’s billions more in funding in the bill to build out a new network of pipelines and storage for captured CO2.

There’s another $8 billion in the bipartisan infrastructure package to develop four regional hubs for “clean hydrogen,” another focus of Breakthrough Energy’s work. Hydrogen fuel releases water rather than greenhouse gases when burned and has been proposed as an alternative fuel for things like aviation and maritime shipping that are difficult to electrify.

There’s one big caveat: making traditional hydrogen fuel actually releases a lot of CO2, because it involves reacting steam with a fossil fuel — typically gas — to separate out the hydrogen. Breakthrough Energy’s Catalyst program, which would provide the proposed $1.5 billion, also focuses on developing “green” hydrogen, which is made by using renewable energy to split water (electrolysis). There’s also “blue” hydrogen, which relies on technology to capture carbon from fossil-fueled processes for making the fuel.

All of these technologies are still in pretty early stages of development, which is why they’d need massive investments to scale up. That’s worried some progressive climate advocates who have called climate strategies that rely on capturing carbon a “dangerous distraction” from efforts to stop using fossil fuels altogether. Breakthrough Energy did not immediately respond to a request for comment from The Stock Market Pioneer.