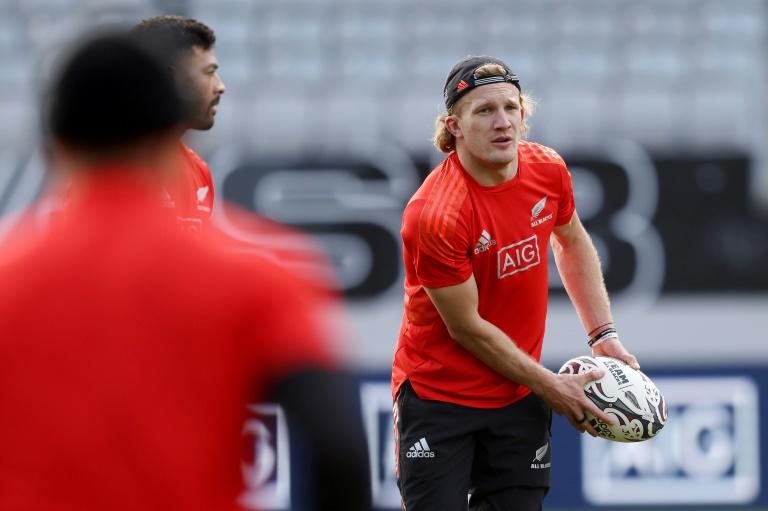 The All Blacks are treating Saturday’s Bledisloe Cup rematch against Australia at Eden Park with the intensity of a “final”, looking to secure the trophy before a likely five months on the road in a Covid world.

After winning the first match 33-25, despite leaking 17 points when they went off the boil towards the end, another victory in the best-of-three series would give the All Blacks the trophy for the 19th consecutive year.

The clash has all the ingredients of a blockbuster with the Wallabies bolstering their line-up to take an aggressive approach in a bid to level the series and rewrite history on a ground where they have not won since 1986.

But the match, which will probably be the All Blacks’ last home appearance of 2021, has failed to excite interest in New Zealand where the three-times World champions regularly attract sell-out crowds.

Ticket sales are reported to be about half what is needed to fill the 50,000 seat stadium.

“I’m not sure what the tickets are at the moment but hopefully it’s more full than empty and the supporters that we do have here will be nice and loud,” All Blacks captain Sam Whitelock offered as he put his side through their captain’s run on Friday.

Although the All Blacks looked out of sorts at the start and finish of the first Test, Whitelock expected a different approach this weekend.

“There’s a real chess game that goes on behind. That’s where our coaches and senior players really come into their own so hopefully we can nullify the weaknesses in our own game that we’ve seen and they (Australia) have probably seen some of them too,” he said.

“It’s a final for us,” he added with the All Blacks looking to secure the Bledisloe Cup before heading to Australia for the third and final Test on August 28.

With a rampant Covid outbreak in Australia forcing New Zealand to close its trans-Tasman travel bubble, the All Blacks two home Rugby Championship games against Argentina have already been moved to Australia.

Their final two Tests against South Africa, although still scheduled for New Zealand, are also expected to be played in Australia and the squad will then head off on their end-of-year northern tour and not return home until December.

“It shows the difficulty in sport at the moment with moving games and changing schedules,” All Blacks coach Ian Foster said.

“We’ve got a whole lot of options and one is staying away for a long time. That’s the likely option, unless things change.”

Foster made only one injury-enforced change for the second Test saying “the best way to get growth at this stage of the season is to keep developing the combinations.”

That meant keeping Damian McKenzie in the hotly contested 15 jersey ahead of Jordie Barrett and Will Jordan.

However, on the Test eve, the New Zealand Herald said McKenzie would join Suntory in Japan at the end of the year and had yet to sign a contract to return to New Zealand Rugby which was holding up an official announcement.