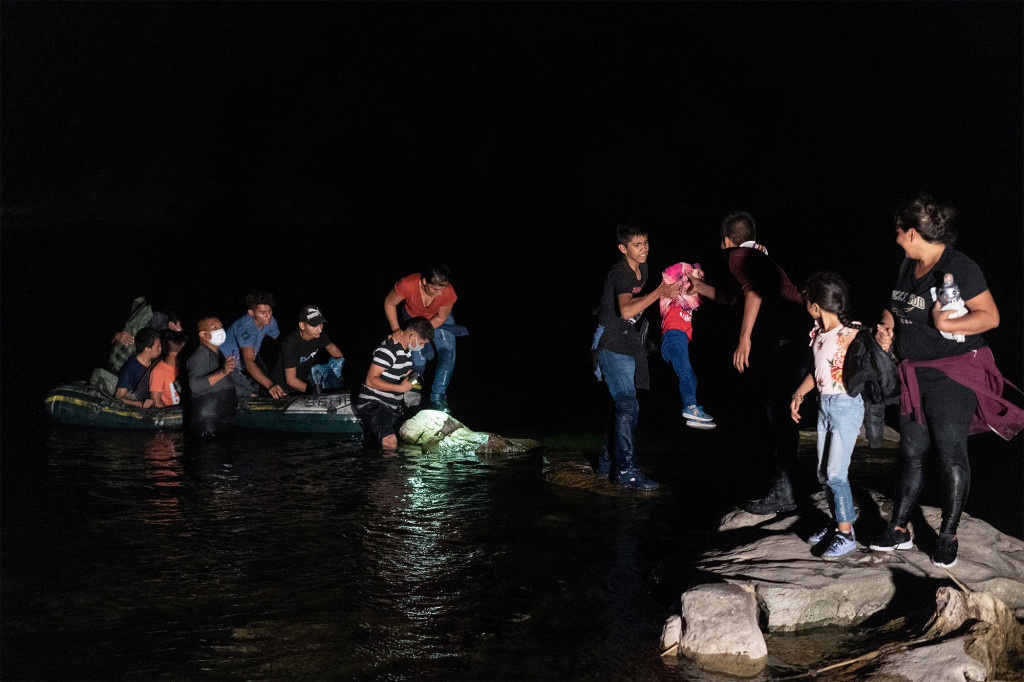 More than 212,000 illegal immigrants attempting to cross the US-Mexico border were stopped by US Customs and Border Protection (CBP) last month, a staggering number that is likely to put more pressure on the Biden administration amid the ongoing crisis.

The number of attempts to cross the US-Mexico border has risen every month since President Joe Biden took office, defying the trend of previous years in which attempted crossings peaked in May but slowed down with the onset of the summer heat. The July figures mark a 171 percent increase over the 78,417 stops reported in January and a 160 percent increase over the 81,777 stops in July 2019.

Homeland Security (DHS) Secretary Alejandro Mayorkas discussed the grim figures during a press conference in Brownsville, Texas Thursday, and described the southern border situation as “one of the toughest challenges we face.”

“It is complicated, changing and involves vulnerable people at a time of a global pandemic,” he said.

Mayorkas claimed that 95,788 of the July encounters (45 percent of the total) resulted in expulsions under Title 42, a Trump-era order that permits the removal of single adults and some families in an effort to prevent the spread of COVID-19. That number is down from June, when 104,907 migrants (55.5 percent of those encountered) were removed under Title 42.

The DHS secretary added that more than a quarter of those encountered in July had attempted to enter the US at least once before over the past 12 months.

“The extent of the challenge should not be understated, but nor should our ability to meet it,” Mayorkas said.

While Republicans have accused the White House of encouraging mass illegal immigration to the US by rolling back former President Donald Trump’s policies, the Biden administration, led by Vice President Kamala Harris, has insisted on focusing on so-called “root causes,” mainly violence, poverty and corruption in Central America.

On Thursday, Mayorkas alleged that the Trump administration had “dismantled our asylum system” and cited “the end of the cruel policies of the past administration and the restoration of the rule of laws of this country … including our asylum laws” as a factor in why more people are attempting the risky journey to the US.

Republicans reacted fiercely to the new numbers, led by Sen. Lindsey Graham (R-SC), who tweeted, “So much for the idea that there would be a ‘seasonal downturn’ in illegal immigrant crossings at our southern border!” before adding: “Between the crisis at the border and the debacle in Afghanistan, one could argue that President Biden is the most incompetent national security president in modern history.”

Sen. Tom Cotton (R-Ark.) called for the ouster of Mayorkas as the head of DHS, tweeting simply: “Time for Secretary Mayorkas to go.”

“The #BidenBorderCrisis is booming,” chimed in Sen. Ted Cruz (R-Texas).

On Tuesday, Mayorkas and National Security Adviser Jake Sullivan met with Mexican officials to discuss a strategy to slow the flow of illegal crossings.

Mexico’s foreign affairs ministry said in a statement after the meetings that the two sides had analyzed recent migration flows and agreed to expand cooperation aimed at achieving orderly and safe migration.