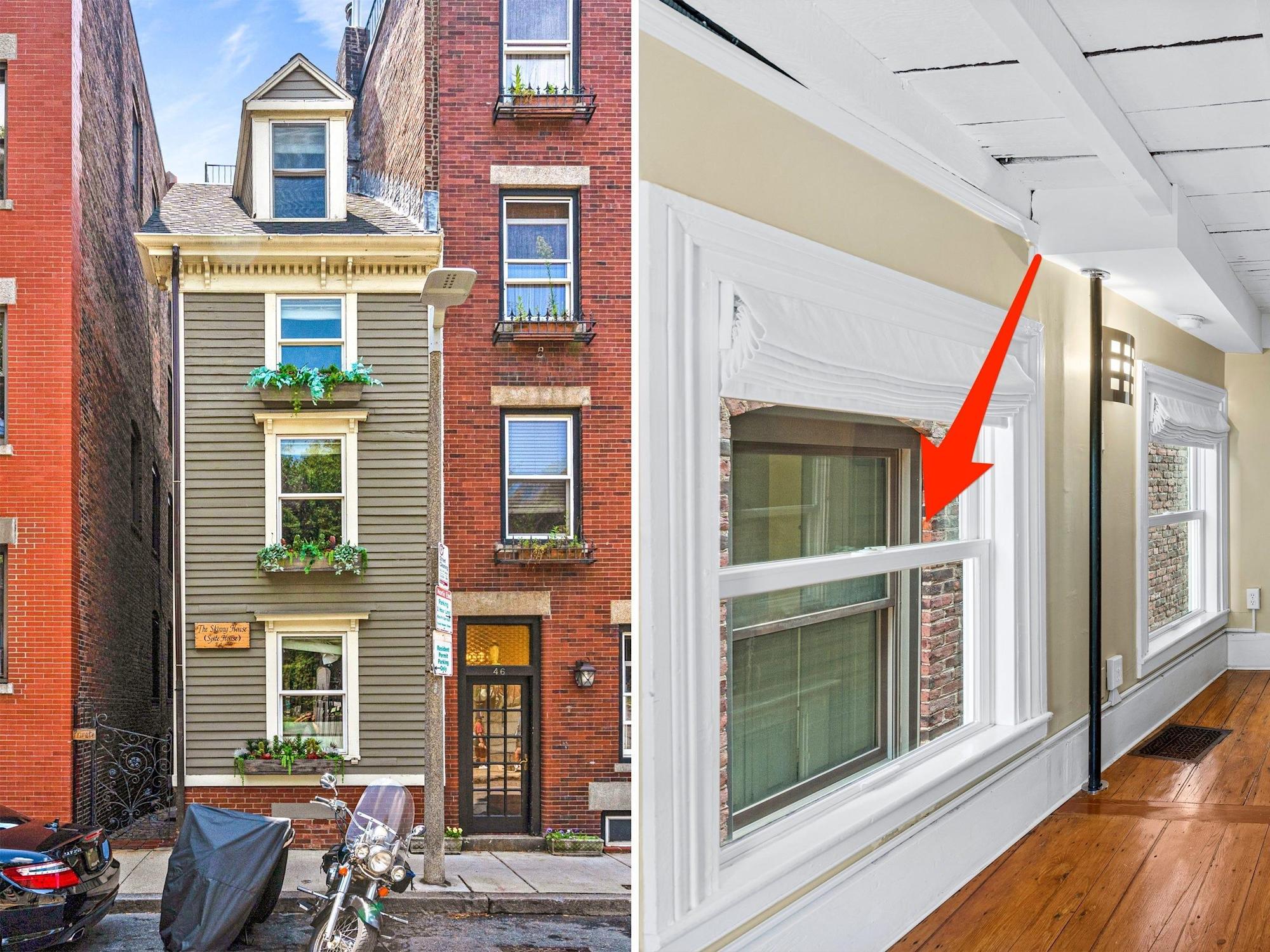 A 10-foot-wide home in Boston – which a 2005 Boston Globe article called the city’s skinniest – is now for sale, listed on Zillow for $1.2 million. Insider previously reported that the house on Hull Street was built out of spite, according to local legend.

According to a 2015 Boston Magazine article, the North End house was said to have been built in spite of a soldier’s brother, who took up the rest of the shared property with expansive housing while he was at war.

Legend has it that the soldier built the skinny home on the remaining property in 1862, blocking all sunlight between two sections of his brother’s massive home, according to the same source.

Despite its small size, at just over 1,000 square feet, the two-bedroom home has a full-sized kitchen on the first floor, according to its listing on Zillow.

Also on the first floor, there’s a dining room, a living space, and a door to a balcony overlooking private gardens, according to the same listing.

The only bathroom in the home contrasts a blue, tile backsplash with exposed brick.

The second-floor sitting area has a window overlooking some greenery outside.

The windows in the hallway on the second floor face a brick wall of the property next door.

Past the living space, a narrow hallway leads to a staircase.

On the third floor, there’s another sitting area, according to the home’s Zillow listing.

The other half of the floor is used as a guest bedroom, according to the same source.

The master suite takes up the whole fourth floor and has access to a private rooftop, according to Zillow.

In the master bedroom, there’s shelving for clothing against exposed brick walls.

Across from the bed, there’s room for a nook.

The stairs in the suite lead to the rooftop deck, from which you can see a view of the city.

Back on the ground, the property has a private garden.

There are a few seating areas for entertaining outdoors. See the home’s listing on Zillow (at the link below) to find out more about the property.