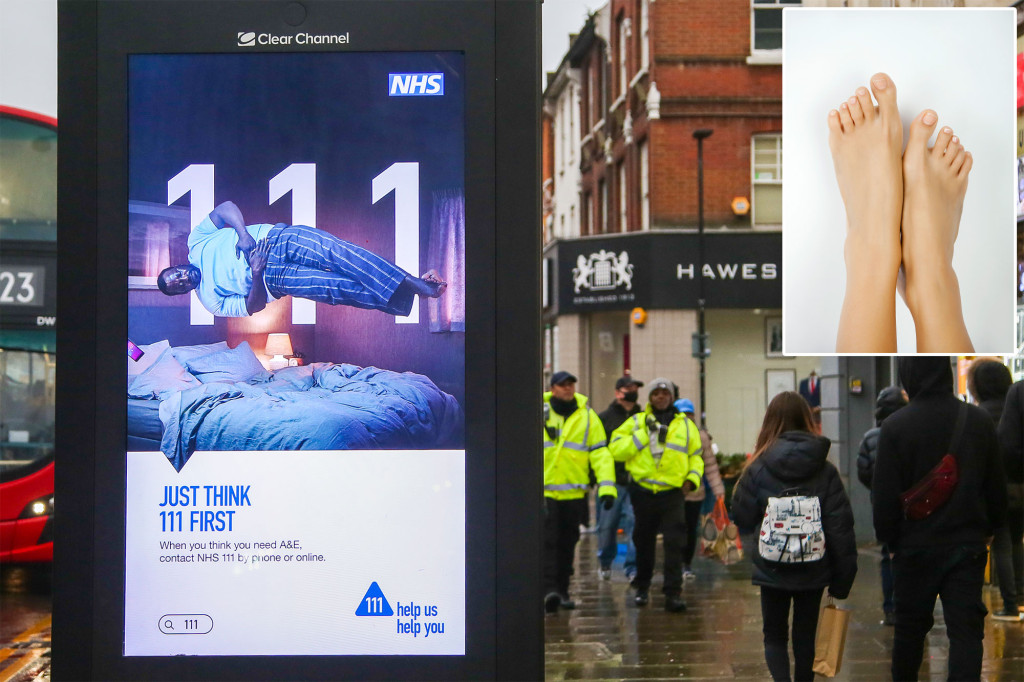 A British man with a foot fetish repeatedly called a taxpayer-funded medical hotline pretending to be an old woman to get operators to talk about their feet, authorities said.

“He admitted making all the calls, and that they were all for his own enjoyment and personal benefit,” David Quayle of the Sussex Police said in a statement on Wednesday.

“He said he had a sexual foot fetish which he indulged during most of the calls.”

Cove allegedly would call the hotline and provide one of several fake addresses, often disguising his voice as an “elderly woman” to talk about phony foot issues in a ploy to get operators to talk about their own feet.

Police caught up with the foot-obsessed prank caller when NHS 111 received a complaint from someone who said they kept getting followup phone calls from the hotline although the person never requested help, according to the Sussex Police statement.

It turned out the complaint came from someone who had been used as a fake contact in one of Cove’s phony phone calls, police stated. Other fake calls resulted in ambulances being sent to the addresses, the statement said.

Cove pleaded guilty in court to a charge of malicious communications on Tuesday and is to be sentenced Sept. 13, according to the release.