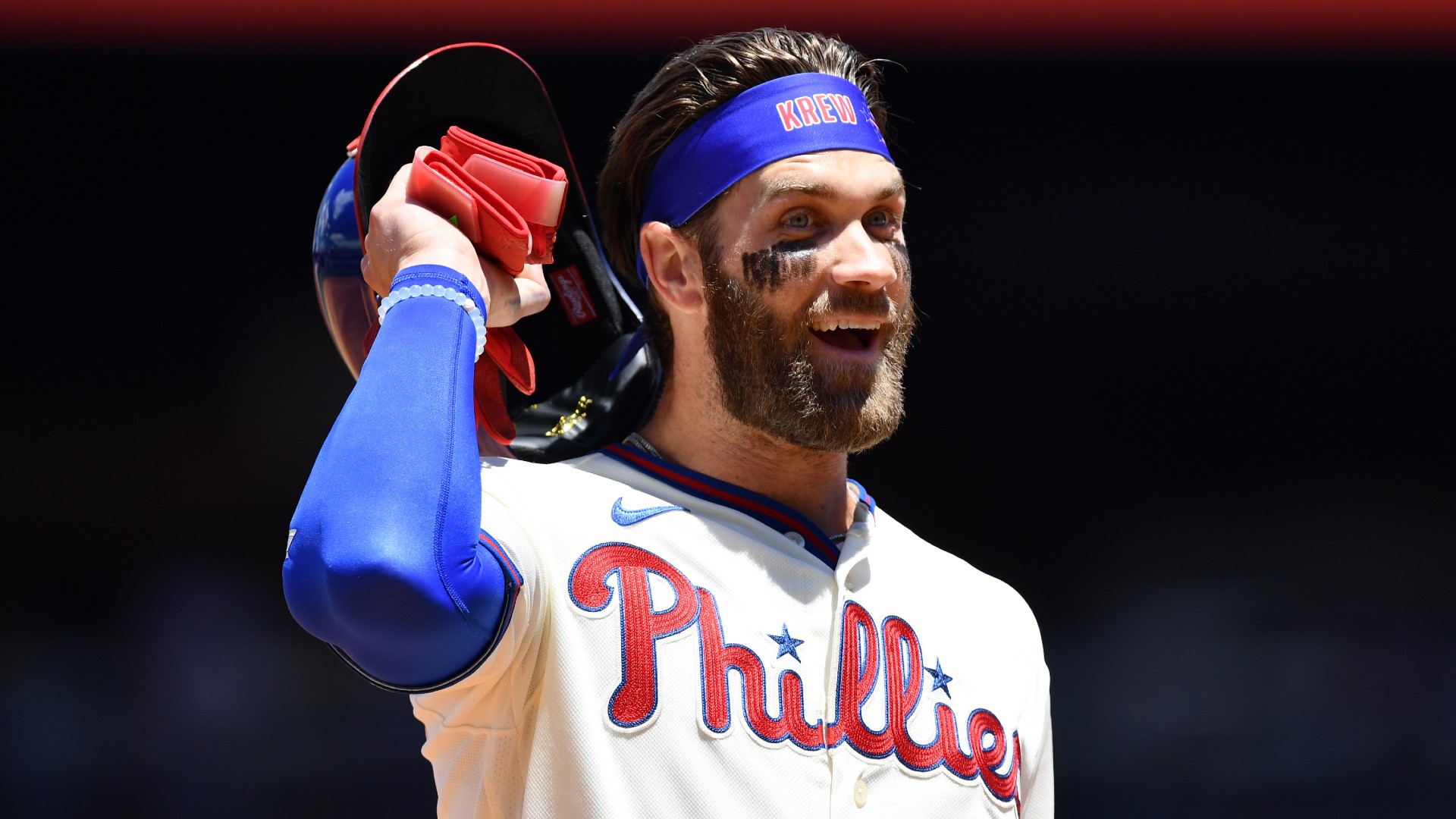 The email from an oddsmaker popped into my inbox at 12:34 p.m. CT on Monday afternoon, about the rapidly changing NL East, and how the Mets’ collapse — timed against the rise of the Phillies and Braves — has flipped, turned upside-down a once-boring division.

At No. 10 on a list of notes from BetOnline.ag was this: “On August 2nd, Bryce Harper was off the board to win the NL MVP.”

An hour or so later, a tweet from @MLBonFOX cycled through my Twitter timeline, with Harper’s face right next to Tatis, flanked by Muncy, Turner and Freeman. Oh, and then there’s this, from MLB’s official Twitter account …

MORE: Is Freddie Freeman a Hall of Famer? He could be, but there’s work to do.

Yep, the Harper hype train is pulling away from the station, it seems.

Here’s the thing: It’s not that Harper is a close second, but he is still second. And Tatis is on the IL (again) with a shoulder injury. He’s supposed to be back relatively soon (matter of days, not weeks), but he’s already missed 27 of the Padres’ 114 games this season. Could Harper actually sneak into this race and snag his second NL MVP award? This one, should he pull it off, wouldn’t be nearly as dominating as his 2015 win, when he led the NL in homers (42) and bWAR (9.7) for the Nationals and swept all 30 first-place votes.

Harper wasn’t on the board literally a week ago, but now he’s second on the list of betting favorites? So, um, what has he done lately? In eight August games, he’s batted .367 with a 1.390 OPS and four homers in eight games. The run moved him over the 3/4/5 plateaus — .300 average, .400 on-base percentage and .500 slugging percentage — at .302/.413/.570. Vladimir Guerrero Jr. is the only other player currently over those benchmarks this season, but he’s in the AL, obviously. It’s not necessarily uncommon (26 players have finished in the 3/4/5 club since 2015) but it’s still impressive.

More importantly, probably, to his MVP odds, is that the Phillies haven’t lost in August. Combine that with the Mets in free-fall mode, and Harper’s Phillies have gone from 4 1/2 games out of first in the NL East at the end of July to two games up heading into Tuesday’s contest.

But should a winning streak like that really impact the MVP race — an individual award — so much? It’s at this point that I’ll say: Remember, these are betting odds. As in, odds to induce people to bet on things. The oddsmakers at BetOnline.ag and @FOXBet don’t actually vote for the award, of course.

Now, let’s talk about Tatis, who is still the favorite but is still on the IL. What’s the tipping point, the minimum number of games played needed to win an MVP award? There is no official minimum, of course. Clayton Kershaw won the NL award as a starting pitcher in 2015, when he was dominating in his 27 outings. But realistically, what’s the threshold for a position player such as Tatis?

Stargell shared the 1979 award with Keith Hernandez; he had 10 first-place votes to Hernandez’s four, but both finished with 216 points. How spread out was the voting that year? Eight different players received first-place votes. Stargell hit 32 home runs in his 126 games, finishing with 82 RBIs and a .287 batting average as the Pirates won the NL East with 98 Ws and went on to win the World Series. Hernandez, on the other hand, played 161 games, batted .344 and had 105 RBIs despite just 11 home runs.

Tatis’ case is more like Brett’s than Mantle’s or Stargell’s. He’s having an incredible season when he’s been on the field. Despite missing all those games, he still leads the NL with 31 home runs — Kyle Schwarber is in second place with 25, but he was traded to the Red Sox — and he still leads the NL in stolen bases, with 23.

For argument’s sake, let’s compare the seasons of Tatis, Harper and Muncy, the top five contenders according to these particular oddsmakers.

Despite the fewest games on the list — it does matter that everyone else here other than Freeman has missed at least 10 games — Tatis still leads in the counting stats (HR/RBI/SB) and is a shade behind Muncy in bWAR, another cumulative stat. He’s tops in the NL in FanGraphs’ WAR calculation, at 4.5 just ahead of Muncy and Turner, who are both at 4.3. It should be noted that such a small gap in WAR is essentially no gap at all.

The biggest thing that jumps out about Harper’s stat line is the low RBI total. He’s been in the 3-hole 76 times this year and hit cleanup 14 times (he entered the game as a pinch-hitter in the No. 8 spot the other game). For one thing, 18 of his 20 homers have been with the bases empty, but he also must not be doing well in clutch situations, right? Wrong.

Harper’s batting .317 with a .455 on-base percentage with runners in scoring position this year. He just hasn’t had many opportunities. Despite playing in 91 games, Harper’s stepped to the plate with RISP in only 50 games this year, with 77 total plate appearances. That’s tied for 164th in the bigs, despite being 105th in the bigs in overall plate appearances. When he’s had the chance, he has 19 hits, 14 walks and 22 RBIs.

I do not have an official vote for the NL MVP this year (I have an NL Cy Young vote) so I can’t claim to know exactly what each of the 30 voters are thinking. But I feel confident saying this: Unless Tatis reinjures his shoulder and only plays a handful more games during the regular season, and unless Harper hits .367 the rest of the year, or Muncy turns up the power several notches or Turner carries his new team past the Giants in the NL West with a monster finish, the award is going to Tatis.

Here’s what I do know for sure, though: If all five of these guys stay healthy, the race will be fun to watch and discuss.