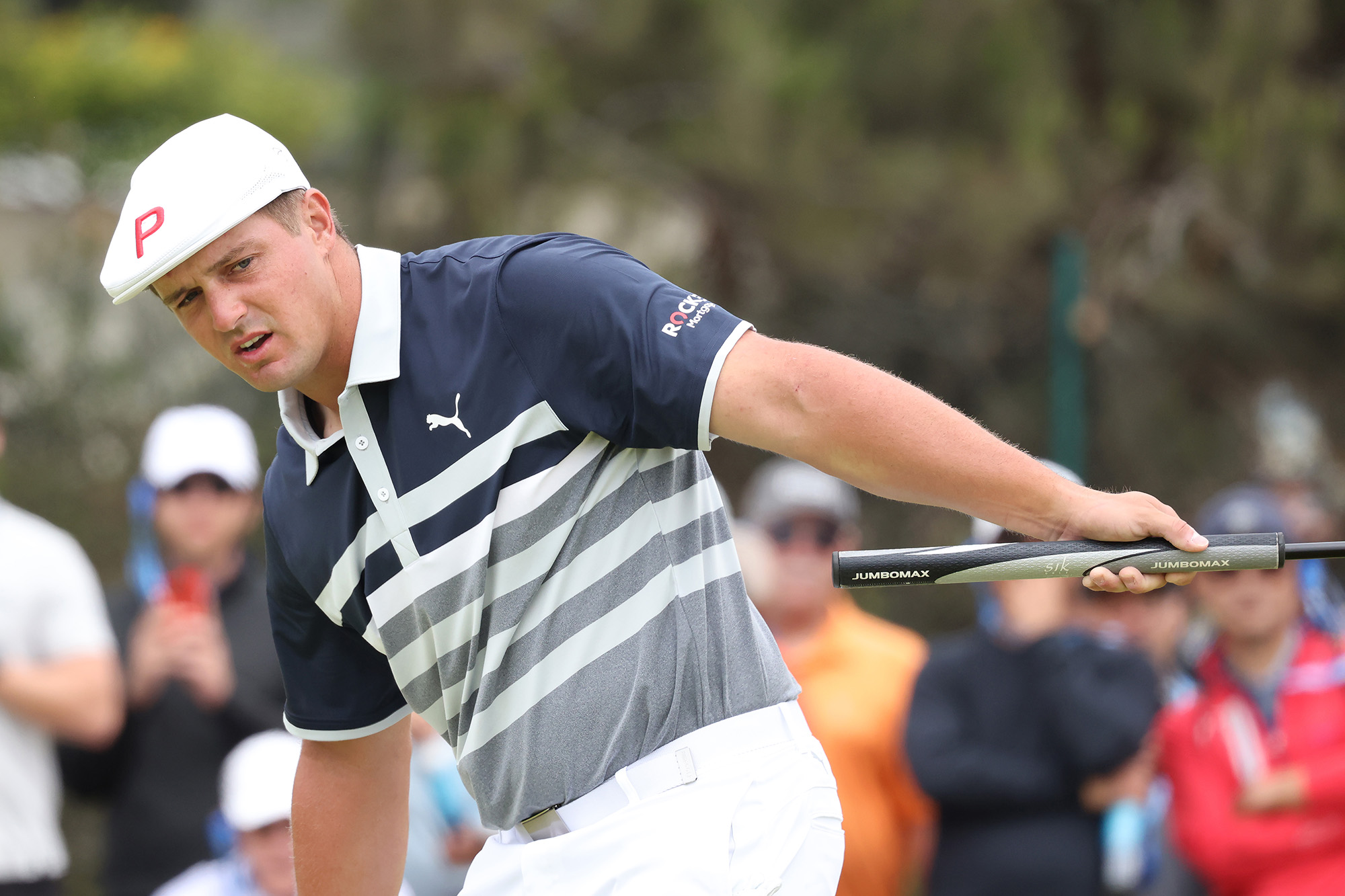 SAN DIEGO — Bryson DeChambeau refused to call his performance Sunday afternoon in the final round of the U.S. Open a meltdown.

How else do you describe having a one-shot lead at the turn, at 5-under par, and shooting a 44 on the back nine to finish 3-over for the tournament and tied for 26th?

DeChambeau looked poised to repeat as U.S. Open champion and then he wasn’t. Instead of chalking the final result to poor play, though, DeChambeau lamented bad luck.

“I didn’t get off the rails at all,’’ DeChambeau said. “It’s golf. People will say I did this or did that, and it’s just golf. I’ve had plenty of times where I hit it way worse than today and I won. It’s just one of those things where I didn’t have the right breaks happen at the right time.

“I could have easily gotten to 7-, 8-under today. I just wasn’t fully confident with the golf swing and just got a little unlucky in the rough and a couple other places Nobody understands, at least if you play professional golf, major championship golf, a lot of it is luck. I can’t tell you how many times I hit shots this week into bad lies and good lies, and they played out 50-50 this week. I caught the bad lies in the back nine today.’’

In a way, though, DeChambeau brings luck into play with his bomb-and-gouge strategy off the tee, relying on getting decent lies in the rough when he misses fairways.

It worked at Winged Foot last September, but it backfired on Sunday.

“I knew going into the week that was going to be my game plan,’’ he said. “I had to be a little lucky, and I was for the first three and a half days and just didn’t get lucky on the last nine. But it plays a huge factor in major championship golf. It’s probably over 50 percent in most scenarios. There are times when I hit it in fairways and hit it into a divot. It’s just part of it.’’

It was ironic that DeChambeau, one of the longest hitters in the game, essentially lost his chance to win when he made a double-bogey mess of the 13th hole, which is a par-5. It was part of a damaging stretch during which he went bogey-bogey-double bogey.

Once he was out of it, DeChambeau, looking mentally drained and deflated, took an eight on the 72nd hole to put a cap on his miserable day.

Asked how long he thinks it’ll take to get over this, DeChambeau said, “Right now, I don’t even care. I’ve changed a lot, attitude-wise and everything. It’s frustrating in the moment when it’s happening, but afterwards for me now, I don’t really care as much. I’ve already won [a U.S. Open].’’