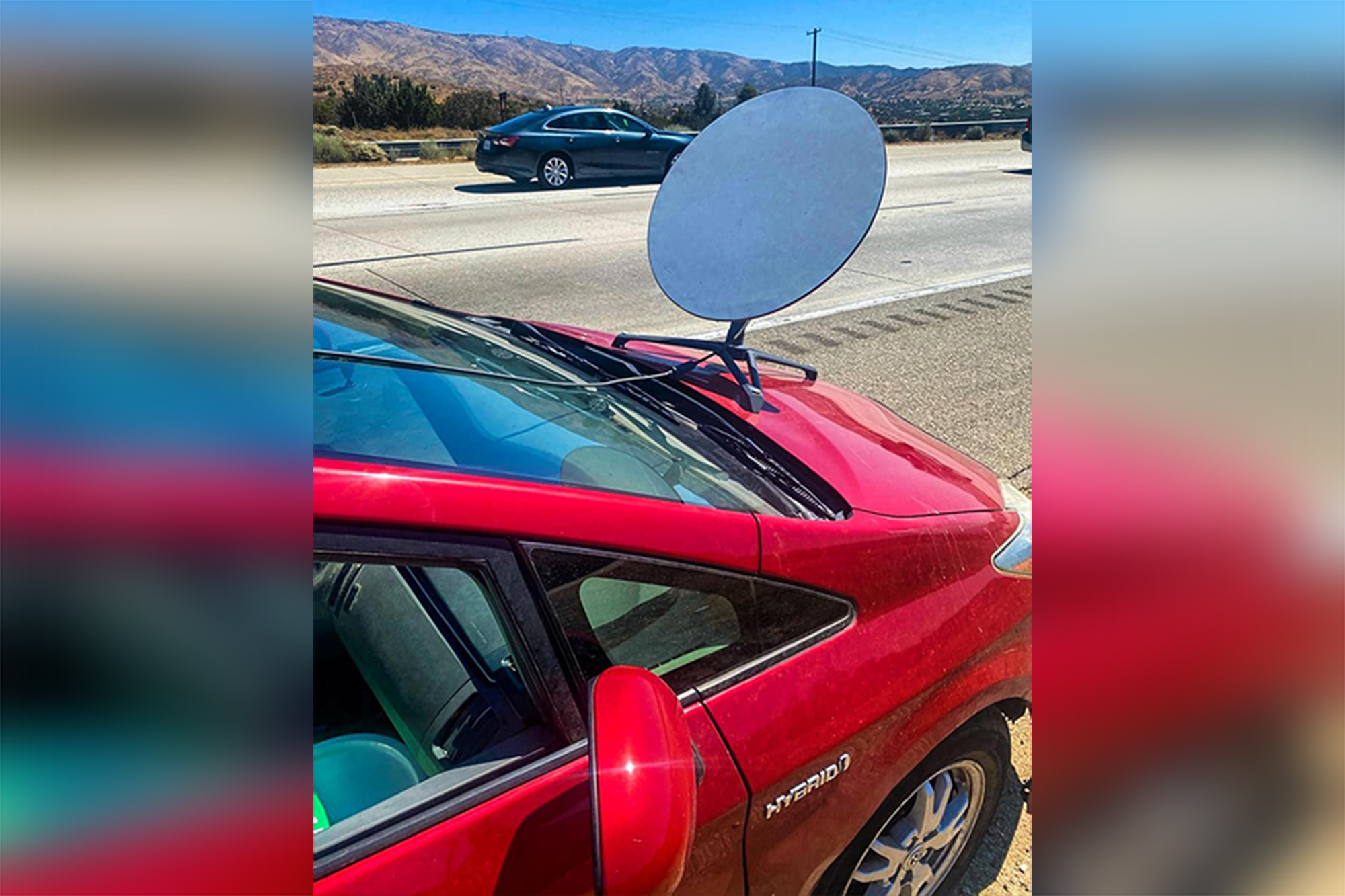 A California driver was caught with an apparent SpaceX Starlink antenna bolted to his car’s hood — and he gave cops an out of this world excuse.

The motorist was pulled over by a California Highway Patrol officer because of the “visual obstruction,” the agency said in a Facebook post Friday.

The officer asked: “Does it not block your view while driving?”

“Only when I make right turns,” the driver replied.

Police ticketed the motorist, who was behind the wheel of a red Toyota Prius, for a moving violation, according to CNBC.

The motorist reportedly told cops they used the antenna to get Wi-Fi for a business they operate out of the vehicle.

“Yes, it is in fact illegal to mount a satellite dish to the hood of your vehicle, obstructing your view under section 26708(a)(2) of the California Vehicle Code,” CPH Antelope Valley wrote on Facebook.

“You also may not hang things from your rear view mirror, mount a GPS or cell phone in an unapproved location on your windshield, or display a handicap placard while the vehicle is in motion under this section.