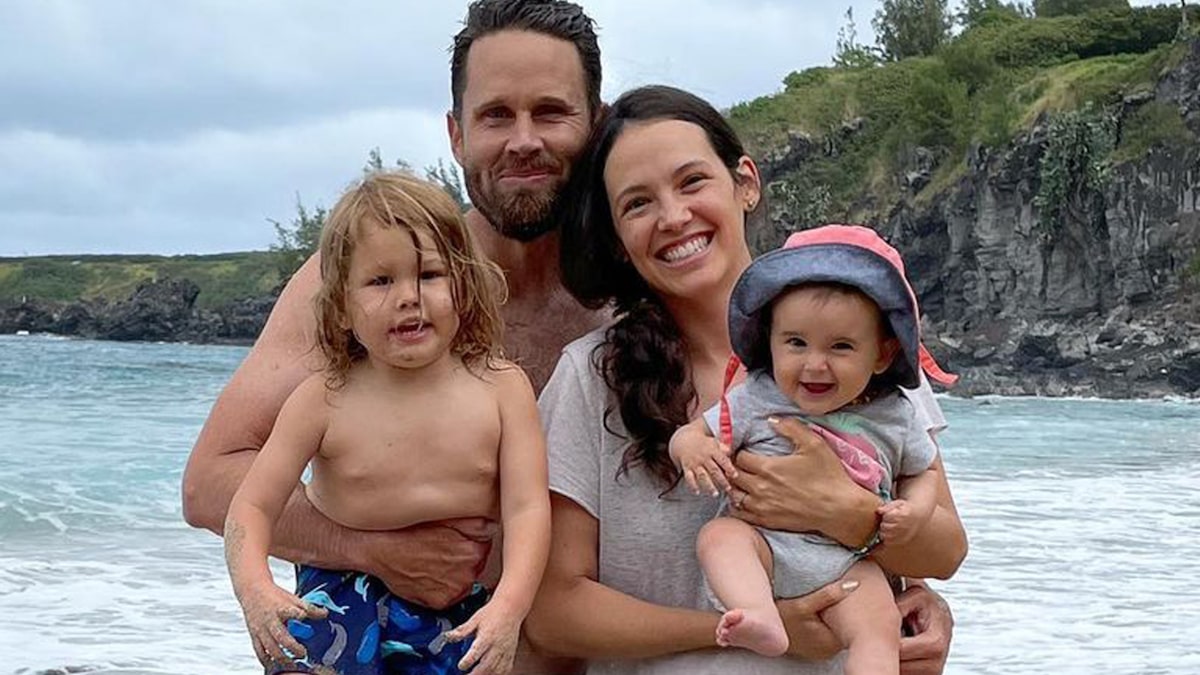 He believed they had inherited serpent DNA from their mother.

A California father has admitted to bringing his two children to Mexico to kill them with a spear-fishing gun because they were going to grow into monsters and destroy the world.

Surf school owner Matthew Taylor Coleman, 40, told police he had been enlightened by QAnon and the Illuminati to the fact that his two-year-old son Kaleo and ten-month-old daughter Roxy had inherited serpent DNA from his wife.

A criminal complaint filed on Wednesday included the horrifying confession, detailing how he had shot both children in the chest before dumping their bodies and returning to the US.

Per the court documents, his wife Abby called police from their Santa Barbara home on Saturday to inform them that she and her husband had been planning a camping trip with the two children, but that Coleman had suddenly taken off in their Mercedes Sprinter van without telling her where he was going, and was not answering text messages.

She said there were no problems between them and they had not had an argument, but she was concerned because he had left without a car seat. However she told police she did not believe her husband would harm the children, nor were they in any danger. She insisted her husband would eventually return.

The officer even offered to come meet her in person, but she declined any further assistance.

However, when Coleman did not return that night, she called police again. This time they asked her to try the “Find My iPhone” app, and his phone pinged — 250 miles away, in Rosarito, Mexico.

The FBI were called to intercept Coleman as he tried to re-enter at the San Ysidro Port of Entry in San Diego. When they found him, his van had no other occupants. Customs and Border officials noticed what appeared to be blood on his van registration papers.

Taking him into custody, agents contacted Mexican authorities to inform them of two missing children; that’s when they received the grim news Rosarito police had found two bodies in a ditch, matching the descriptions.

“I reviewed photographs of the deceased children and observed large puncture wounds in their chest cavities,” the agent wrote.

Police took Coleman to an interview room, where they said he spilled the entire horrifying story.

He admitted leaving his home on Saturday and heading for Mexico — placing his 10-month old in a box in the car because he didn’t have a car seat — with the intention of killing them because he “believed his children were going to grow into monsters.”

After pulling to the side of a road in Rancho Del Cielo, Coleman told police he killed his daughter first, “using a spear fishing gun piercing [Roxy] in the heart.”

He told police Kaleo “did not die right away”, describing how he “had to move the spear around”, cutting his own hand in the process.

After killing his children, he dumped the bodies 30 yards away in some brush. He drove a couple of miles and dumped the spear fishing gun and bloody clothes near a creek, and more bloody clothes in a roadside trash bin in Tijuana just before attempting to cross the border.

As for his motive, Coleman told interviewers “he was enlightened by QAnon and Illuminati conspiracy theories and was receiving visions and signs revealing that his wife [Abby] possessed serpent DNA and had passed it onto his children.”

“M. Coleman said that he was saving the world from monsters,” the complaint claimed.

When asked if he knew what he did was wrong, he said he knew it was, “but it was the only course of action that would save the world.”

While being booked, a jailer asked him why he had a band aid on his hand; he replied that it was from “hurting his children”.

CCTV footage shows Coleman checking into the City Express Hotel in Rosarito with his two kids, where they stayed until leaving early Monday morning; the footage also shows him returning without them later that morning. They are never seen again.

Mexican investigators later recovered the murder weapon, the bloodied clothes, and a baby’s blanket. They said the boy had been stabbed an additional 17 times, the girl 12 times, possibly with a wooden stake that was found covered in blood nearby.

Coleman, who frequently posted gushing messages of love for his wife and children on social media, is the co-founder of Lovewater Surf School, along with his wife. The website is filled with happy photos of the family.

The school also partners with the nonprofits Hope Refuge and 4 Kids 2 Kids, offering  “surf therapy” to young girls who are human trafficking survivors.

Ex-Husband Shoots Pregnant Ex-Wife and Her Boyfriend in Front of Her Kids at Soccer Game Before Killing Himself: Texas Police