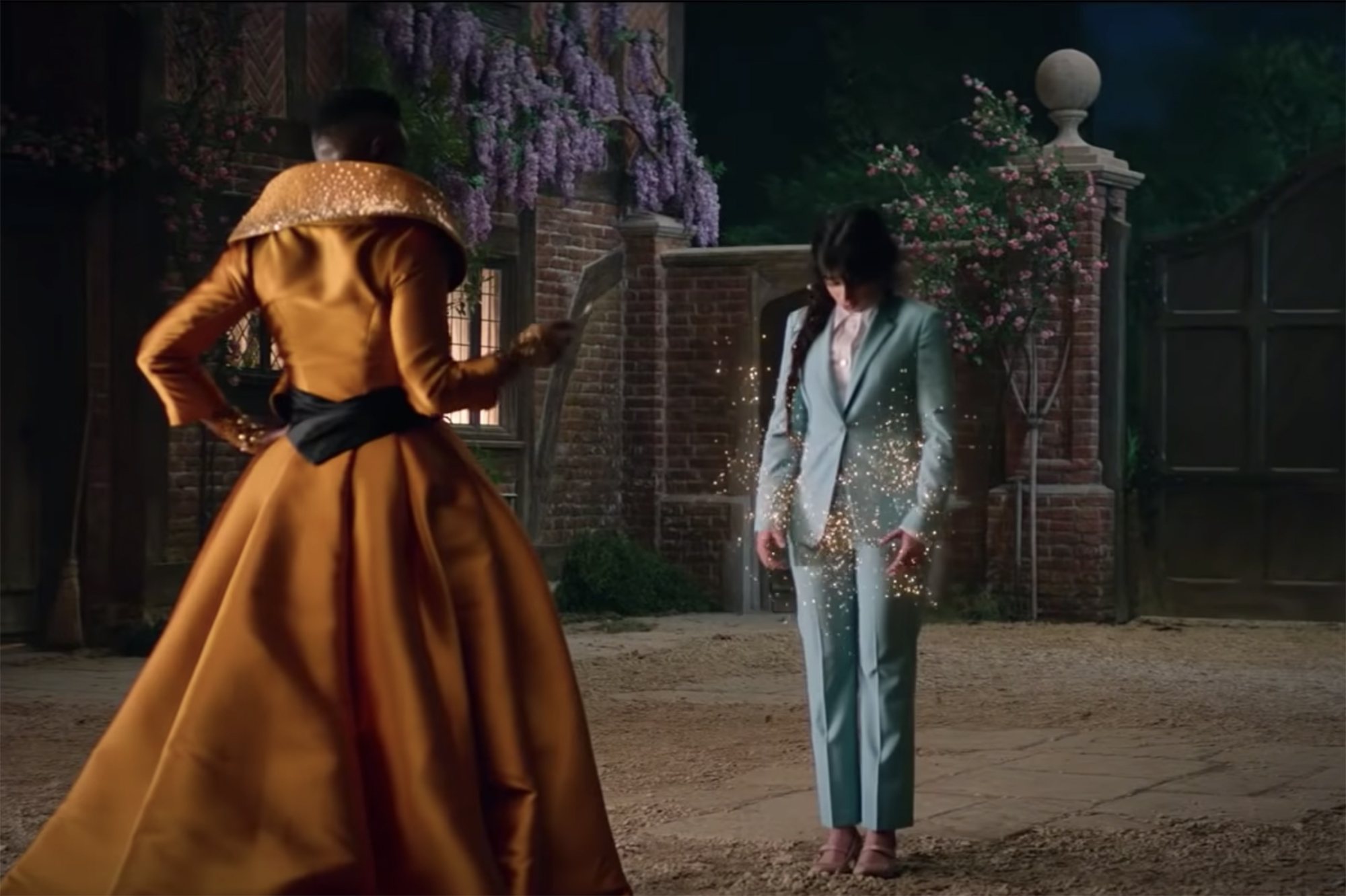 Camila Cabello doesn’t need Prince Charming to save her.

“Cinderella” is getting a girl boss-esque twist in the forthcoming Amazon Studios re-imagining of the beloved orphan-turned-princess fairy tale. As seen in the trailer released Tuesday, this time around, Ella is chasing her dreams and not a husband.

Written and directed by Kay Cannon (“Pitch Perfect”), the modern version introduces Cinderella, played by the 24-year-old pop singer, as an ambitious dressmaker who hopes to start her own clothing line, “Dresses by Ella.”

“I have to make a life for myself,” her character says at the beginning of the three-minute clip. When her evil stepmother (played by Tony winner Idina Menzel) threatens to throw her out on the street, Cinderella opens up her own clothing store and dreams of being a huge fashion designer — much to the chagrin of her family and her community.

“There’s a laugh,” jokes one of the townsfolk. “This girl fancies herself a businessman.”

Stylish Broadway star Billy Porter replaces the familiar fairy godmother as “Fab G,” a genderless fairy godparent. In one scene, right before she heads off for the ball, Fab G waves a magic wand and clothes Cinderella not with a gown, but a respectable pantsuit fit for a businesswoman.

But this Cinderella has her eye on the prize — and it isn’t Prince Charming. “I have dreams that I have to chase,” she says.

So when the dreamy prince finally tells her that he’s picked her to join him in the castle, she replies: “What about my work? I don’t want a life stuck waving from a royal box any more than a life confined to a basement.”

The trailer teases several dance and musical numbers, many sung by Cabello and Menzel. Reworked versions of Beyonce’s hit “Single Ladies (Put a Ring on It)” and Eurythmics’ “Sweet Dreams (Are Made of This)” are also featured.

The idea to create a new adaptation stemmed from television host James Corden, who plays one of Cinderella’s mice and serves as a producer alongside Leo Pearlman, Jonathan Kadin and Shannon McIntosh. Minnie Driver, Nicholas Galitzine, Missy Elliott and Pierce Brosnan also have roles.

“Cinderella” will be available to stream Sept. 3 on Amazon Prime.