Conor McGregor vs. Dustin Poirier is all but confirmed now that UFC president Dana White has given the green flag after both fighters called for it. However, former UFC fighter Chael Sonnen disagrees with White.

Speaking about it in a video uploaded to his YouTube channel, Sonnen said that Conor McGregor got a beating from Dustin Poirier.

Sonnen then brought up the judges’ scorecards for the first round to justify his point. It was a lopsided round, and while all three judges gave it to Poirier, two of the judges had it as a 10-8 round. He said:

“Two of the three licensed judges that elevated themselves to the main event of a pay-per-view had it 10-8. What a 10-8 round is, is the judges’ way of correcting a referee who did not stop a fight. For a 10-8 round, the fight had to be eligible for a stoppage.”

Sonnen scoffed at the idea that Conor McGregor should get a rematch and remarked on the absurdity of the conversation around a doctor’s stoppage. Sonnen said:

“If you get your ass whipped so bad that you’re broken, that doesn’t get you a rematch. It’s the opposite, or at least should be.”

Chael Sonnen explains why Conor McGregor vs. Dustin Poirier 4 is a bad idea

Sonnen went one step further and said that Conor McGregor should not get a title fight either. Poirier is going to fight Charles Oliveira for the lightweight title, and if he wins the belt, then his fight vs. Conor will be for the title. Sonnen said:

“To say that there’s going to be a fourth fight, inadvertently says Dustin can’t beat Charles. You got to be very careful on this Conor vs. Poirier part 4 business. You got to be real careful cause you’re saying, my number one contender can’t beat my champion or you’re saying that a guy who can’t win a fight and hasn’t won a fight in a meaningful period of time, is eligible to go into a title fight.” 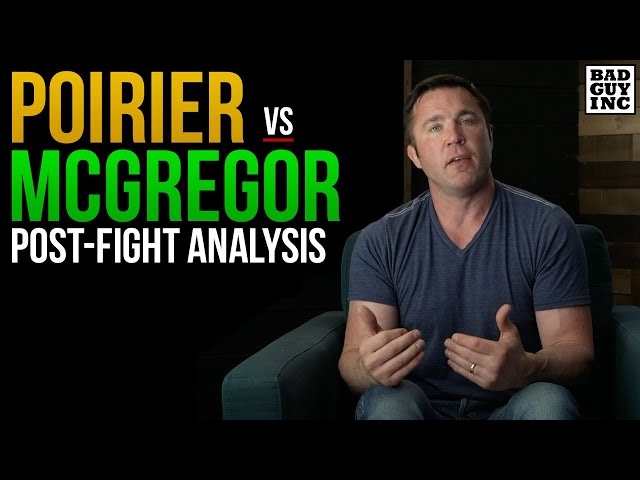