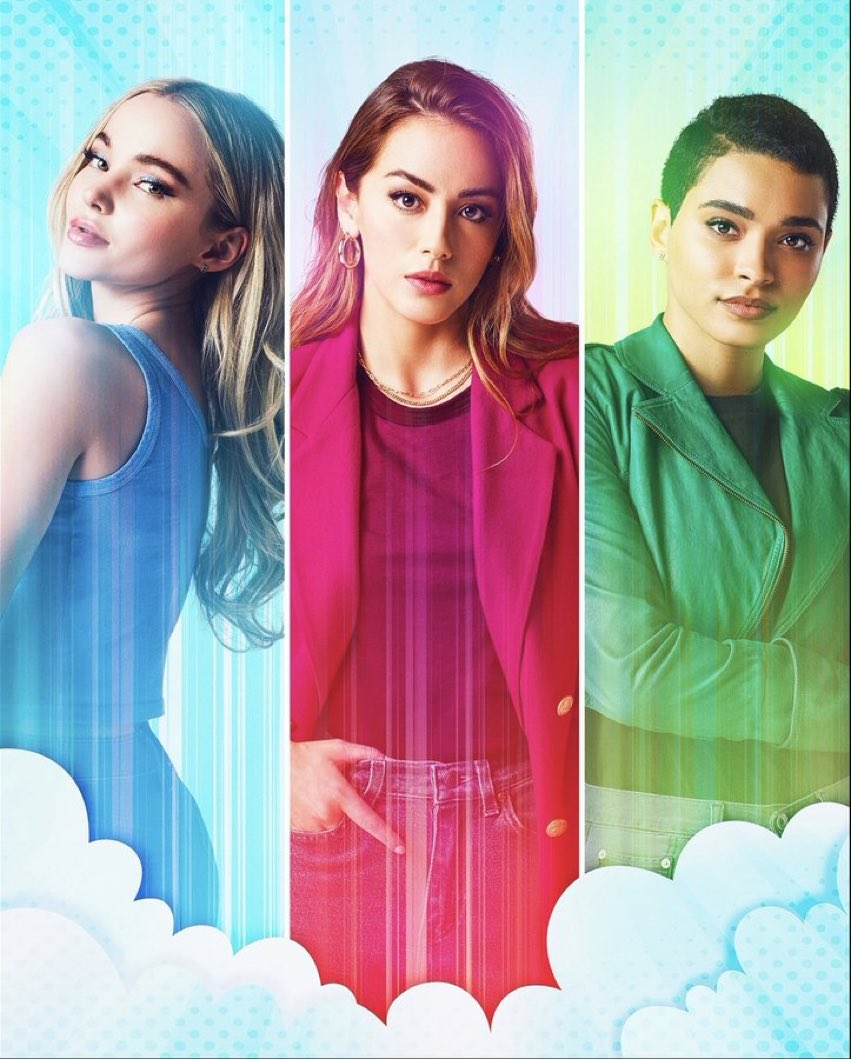 With every superhero property getting the live-action treatment these days, it was only a matter of time before Blossom, Buttercup, and Bubbles joined in. As first reported by Variety, The CW is developing a live-action The Powerpuff Girls series. But there’s a twist to these animated favorites this time. The series will focus on the girls not as little kids, but as disaffected adults. Here’s everything we know about this new take, simply dubbed Powerpuff.

Who Is Behind the Series?

A somewhat unlikely team has come together to develop the series. Diablo Cody, screenwriter of films like Juno, Jennifer’s Body, and Young Adult, will write the project with Heather Regnier. (Though mostly celebrated for her film work, Cody has worked in television before. Most notably, on the series The United States of Tara for Showtime. ) Arrowverse maven Greg Berlanti will produce alongside Sarah Schechter and David Madden.

Chloe Bennet was set to play play de facto Blossom; Dove Cameron will play sweetheart Bubbles; and Yana Perrault joins as toughie Buttercup. We got our first look at the characters via Deadline. We learned from Variety on August 11, 2021 that Chloe Bennet has reportedly exited the project. From Variety, “Warner Bros. Television wanted to extend Bennet’s option as they reworked the pilot, but scheduling conflicts forced her to exit instead. Casting for a new third Powerpuff Girl will begin in the fall.”

Entertainment Weekly reported Clueless and Scrubs vet Donald Faison will play their creator and father, Professor Drake Utonium. His official character description states: “Quirky, debonair, and a pinch narcissistic, Professor Drake is a scientific genius who is immensely proud of the three extraordinary girls he created in his lab. Staring down a midlife crisis, he is determined to repair his relationships with his now-adult daughters.”

Relative unknown Nicholas Podany will play Joseph “Jojo” Mondel Jr., the son of The Powerpuff Girls‘ simian villain Mojo Jojo. (What form this character will take—human, ape, or something in between—is TBD.)

Per Deadline, another familiar character will enter the mix. The show will feature Teen Witch‘s Robyn Lively as Miss Sarah Bellum. In the original cartoon, Bellum served as the Townsville Mayor’s righthand woman and the real brains of City Hall. (No word yet on whether the Mayor himself will return in Powerpuff.)

Additionally, the cartoon’s narrator Tom Kenny will return to the role for the live-action series.

According to the original report, the new show will see the heroes of as “disillusioned twenty-somethings who resent having lost their childhood to crime fighting.” Will they agree to reunite now that the world needs them more than ever? Well, they’d better, or there’s not going to be much of a show! It’s unknown at this point just how much the show will adhere to the formula and characters of the classic cartoon.

As of May 2021, the pilot is being reworked. The show’s four leads (Bennet, Cameron, Perrault, and Faison) remain in their roles. The creative team is still attached too. But The CW is going to film a new pilot for the series. In an interview with Entertainment Tonight in June 2021, star Cameron explained the network deemed the original version of the pilot “too campy.”

When Will It Air?

At present, Powerpuff has only received a pilot order from The CW, and not yet a full series order. Production on the pilot began on April 7.

In the original cartoon show, Professor Utonium accidentally created his superpowered team of kids when he combined “sugar, spice, and everything nice” with “Chemical X.” Suddenly, he had three crime-fighting kids on his hands. The original Powerpuff Girls series was a sensation for Cartoon Network when it first aired from 1998-2005. This series derived from a pair of standalone cartoon shorts aired via World Premiere Toons in 1995 and ’96. The Powerpuff Girls returned in a rebooted form on Cartoon Network in 2016; that version featured slightly redesigned characters, and ran for three seasons.