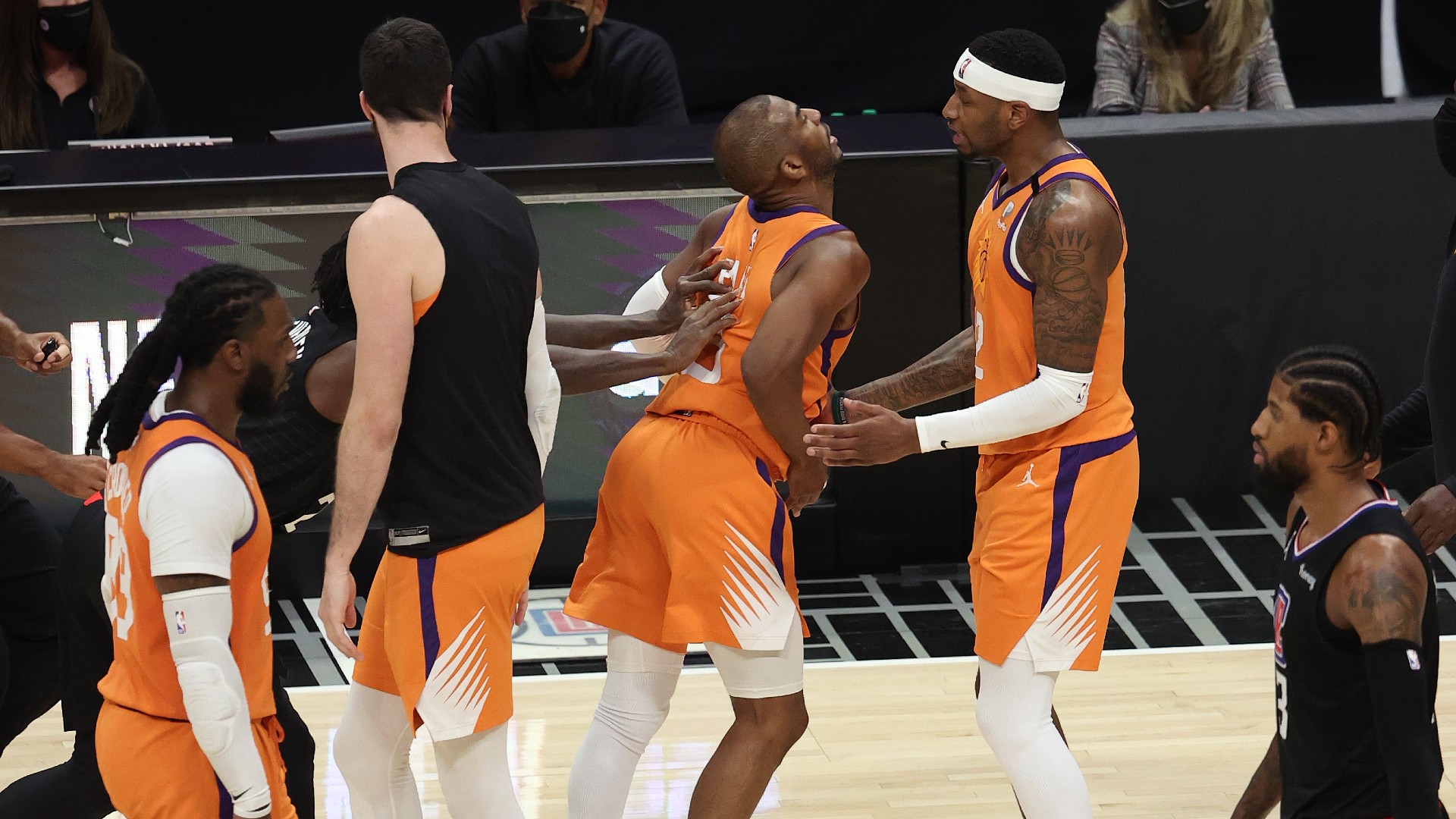 Patrick Beverley decided Wednesday night that he wanted to head into the 2021 offseason before the rest of his teammates.

The Clippers guard was ejected in the fourth quarter of Game 6 of the Western Conference finals after sending Suns star Chris Paul to the ground with a two-handed shove. As both players were walking toward their respective benches, Paul looked at Beverley but didn’t appear to say anything. That look was enough to light a fire under Beverley, though.

Following a brief review of the incident, Beverley was hit with a technical foul and tossed from the game. The shove clearly didn’t bother Paul, who could be seen celebrating the ejection.

Part of Beverley’s frustration may have stemmed from the fact that there was nothing the Clippers could do to stop Paul. The 11-time All-Star torched his former team in a 130-103 win, scoring 41 points to help Phoenix clinch a berth in the 2021 NBA Finals.

The Suns will now turn their attention toward either the Bucks or Hawks as they attempt to capture the Larry O’Brien trophy. Beverley, meanwhile, will likely be hearing from the league offices soon.