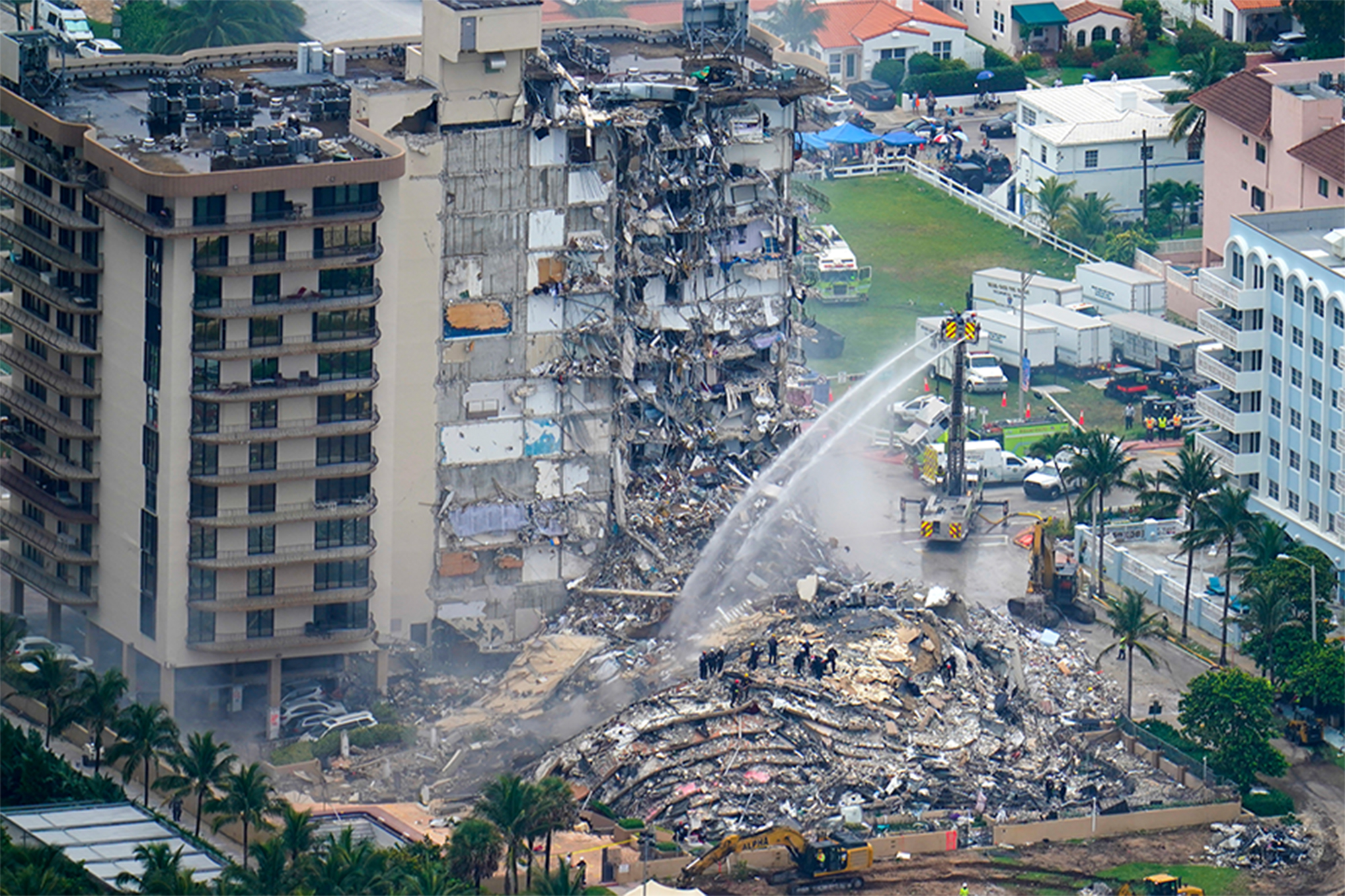 The partially collapsed Florida condo building, which has left at least four dead and 159 people missing, was flagged as having “major structural damage” in 2018, according to reports.

A lack of proper drainage on the pool deck of Champlain Towers South condo, which sits above the building’s parking garage, was the source of the “main issue,” wrote engineer Frank Morabito, according to the Miami Herald.

Years of standing water had seriously damaged the concrete structural slabs below the deck, a problem Morabito warned would be “extremely expensive” to fix.

“Failure to replace waterproofing in the near future will cause the extent of the concrete deterioration to expand exponentially,” Morabito said in his “Structural Field Survey Report,” which was produced for the Condominium Association.

It is still unclear whether the issues flagged by Morabito were addressed by the Condominium Association when the report was published.