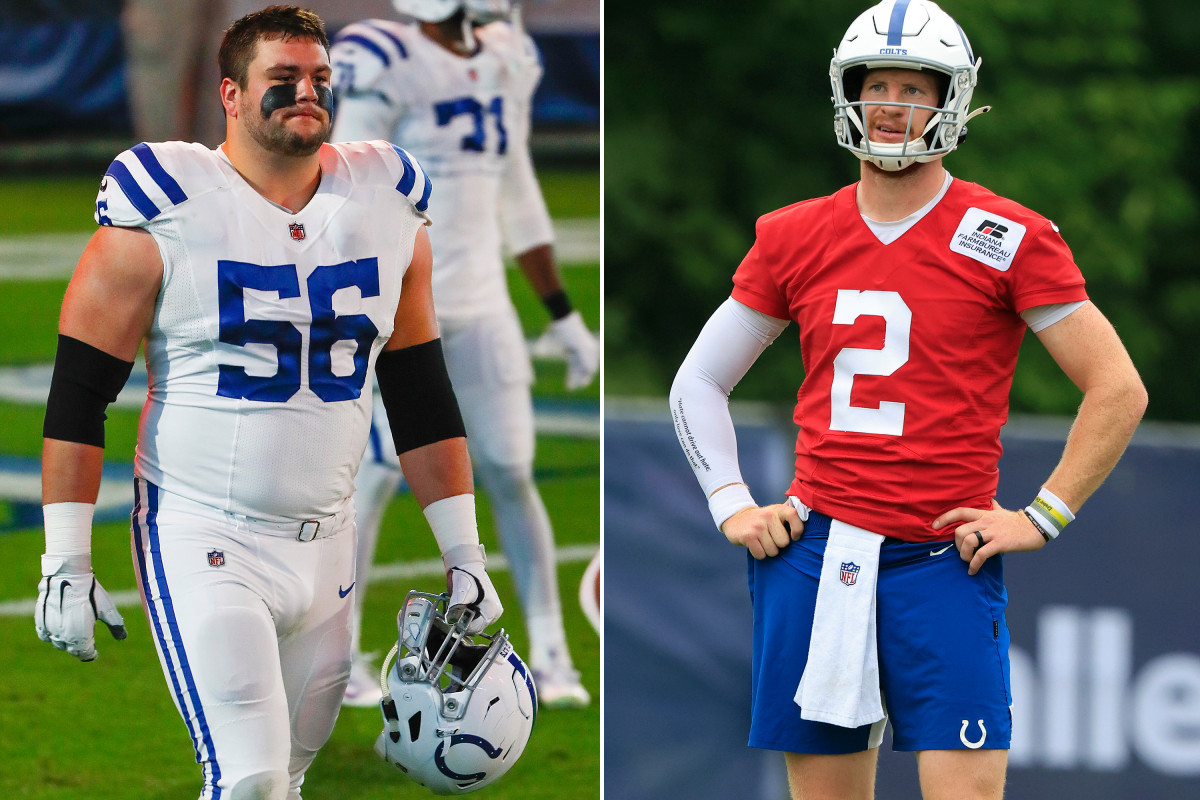 The Colts are just about ready to put their best feet forward.

Quarterback Carson Wentz and guard Quenton Nelson, who both underwent foot surgery, are trending toward being ready for the Colts’ season opener against the Seahawks, according to ESPN.

Both players were expected to miss five-to-12 weeks while recovering. However, they are looking at the best case scenario in terms of a return to action.

Wentz had surgery on Aug. 2 and will start rehabbing next week. He was sporting a walking boot at training camp Tuesday but did not appear to be limping.

“I don’t mind telling you, they’re doing exceedingly well. But it is still early,” head coach Frank Reich told reporters Wednesday. “All indications at this point, for what you would hope for from them, we’re getting that plus. So, you can’t really tell until you get out there and test it. We know we’re a week or so away from that happening at a more significant level but all signs are pretty positive right now. Now, where that comes out, Week 1, 2, we don’t know but we’ll find out soon enough.”

In Wentz’s place at QB, Jacob Eason has received most of the first-team reps and had been in “the driver’s seat” to start when the team announced Wentz’s injury. However, after Saturday’s practice, Reich changed his stance, calling Eason the starter “for now.” He’s since split first-team reps with rookie Sam Ehlinger.

Wentz’s health will be a main storyline for the Colts this season, for a number of reasons. In acquiring the signal-caller from the Eagles, the team sent a conditional 2022 second-round pick to Philadelphia. But that pick could eventually become a first-rounder under two scenarios: if Wentz plays at least 75 percent of the team’s offensive snaps or 70 percent of snaps and team also reaches the postseason.

As for Nelson, he underwent surgery one day after Wentz. Generally a beacon of health, the three-time All-Pro has started 48 regular-season games and three postseason contests in his first three years.

He’s yielded just three sacks and 15 total pressures in pro his career, which is good news for the Colts as they look to protect Wentz upon his return.