‘The Notorious’ Irishman is a +110 underdog, meaning oddsmakers and betting analysts have given McGregor a 47.62% chance of winning the trilogy bout. That leaves Poirier as the -130 favorite with a 56.52% chance of walking away from UFC 264 with the victory.

Based on the odds, placing $100 on McGregor on a single bet earns the bettor a $210 payout if the former UFC two-division champion pulls off the upset.

It will be the first time in their rivalry that McGregor isn’t favored to win. The Irishman was a -280 favorite in their first go-round at UFC 178 in 2014. Meanwhile, he entered the rematch as a -300 favorite at UFC 257.

It will be interesting to see how the odds change over the course of the trilogy fight against Dustin Poirier.

Conor McGregor could fight for the title

Conor McGregor will be seeking a much-needed rebound win against Dustin Poirier in the main event of UFC 264. The Irishman has confirmed that he’ll set his sights on reclaiming the UFC lightweight title should he emerge victorious against his archnemesis.

Speaking to Oscar Willis of TheMacLife ahead of his highly-anticipated return to the octagon, McGregor revealed his plans for the immediate future. The Dublin native apparently already has a date and place in mind for a potential clash with newly-minted lightweight king Charles Oliveira.

“I’m already thinking that Allegiant Stadium is where we are heading. I feel maybe Christmas time, December – I don’t know, we’ll talk afterwards. But that world title will be contested in the Allegiant Stadium here in Las Vegas, I would imagine so. I like the look of it. It’s called the Death Star as well, and that’s how I am feeling like right now – a Death Star… I will be the 12th lightweight titleholder and this is my 12th UFC main event this Saturday, and I am aiming for my 20th mixed martial arts knockout, ” Conor McGregor said.

The Brazilian champion welcomes the possibility of facing McGregor for his first title defense. In a recent interview with TMZ Sports, Oliveira predicted a KO win for the Irish megastar over ‘The Diamond’. 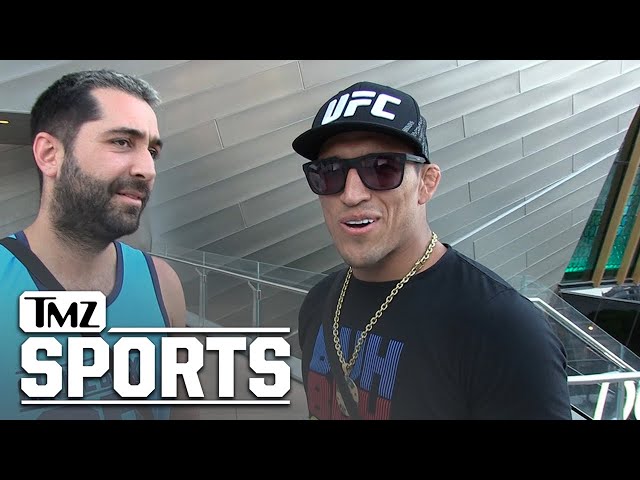