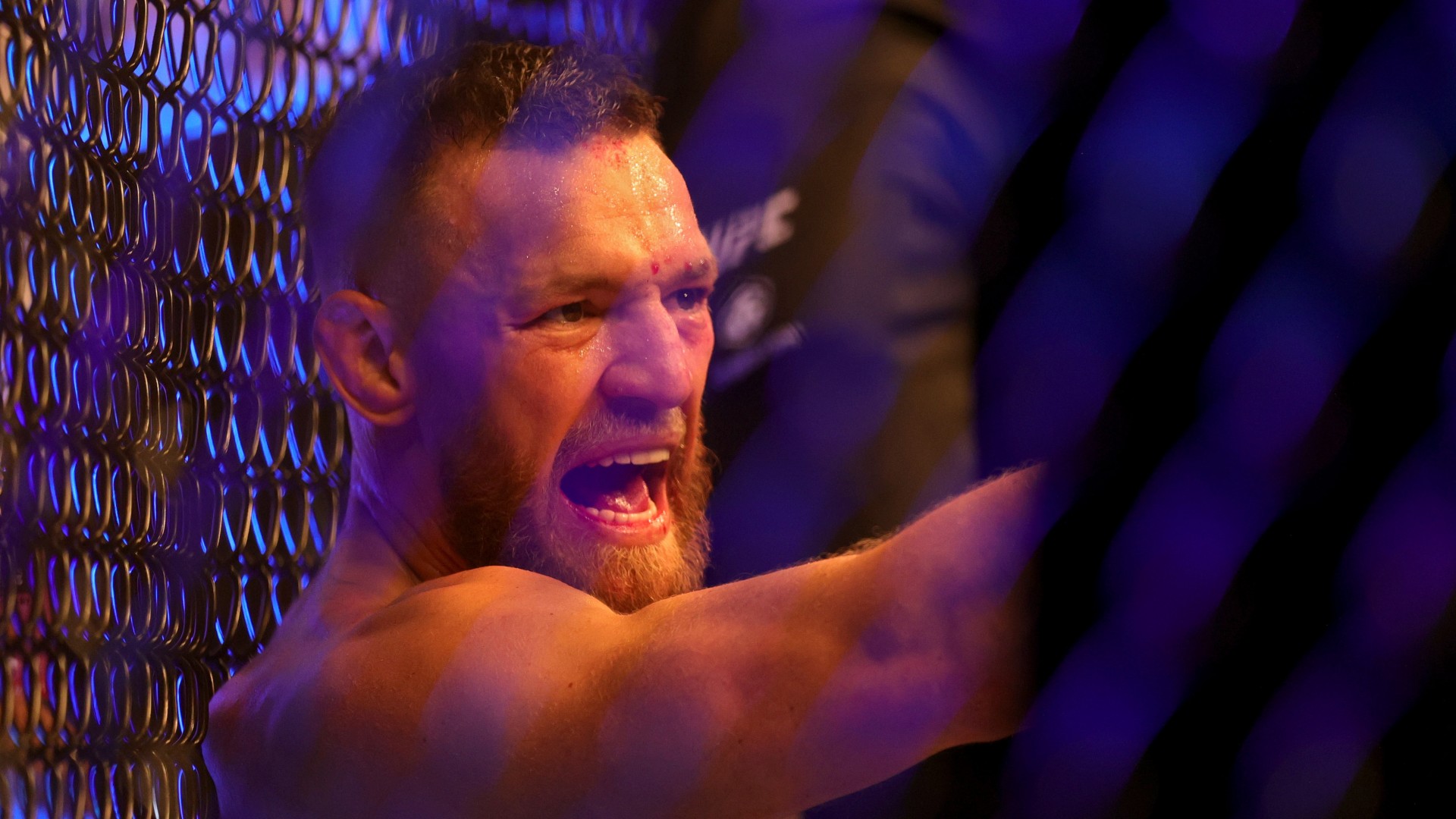 After a gruesome leg injury ended Conor McGregor’s hopes of defeating Dustin Poirier in their third bout, the “Notorious” one filled fans in on what his timeline for a return might be.

Fight fans wondering about his next bout will be in for a wait, however; McGregor said that he will be on crutches for the next six weeks before he is able to build back.

HALE: Why Conor McGregor’s injury was the best thing for him

McGregor’s manager, Audie Attar, said in a statement that doctors expect McGregor to make a full recovery after the three-hour surgery.

McGregor maintained his confidence that had he not broken his leg, he would have defeated Poirier in the main event of UFC 264 on Saturday.

“It was a hell of a first round. It would have been nice to get into that second round and then to see what’s what. But it is what it is. That’s the nature of the business. A clean break of the tibia and it was not to be,” McGregor said. “You know, Dustin, you can celebrate that illegitimate win all you want, but you’ve done nothing in there. That second round would have shown all.

“And, you know, onwards and upwards we go, team. We dust ourselves off, we build ourselves back and we come back better than ever.”

Poirier was declared the winner of the fight by TKO (doctor stoppage). The scorecards, released after the fight, showed all three judges giving the first round to Poirier, including two by a 10-8 margin.

McGregor received a message of support from former UFC champion Ronda Rousey, who praised him for immediately promoting his next fight as soon as he suffered the injury.

“I [definitely] wouldn’t have the mind to do that. The other fighters, UFC and media are lucky to have you,” Rousey wrote in her tweet.

I’m amazed that as soon as you hit the ground you were already promoting the next fight @TheNotoriousMMA – I def wouldn’t have had the mind to do that. The other fighters, @ufc and media are lucky to have you.