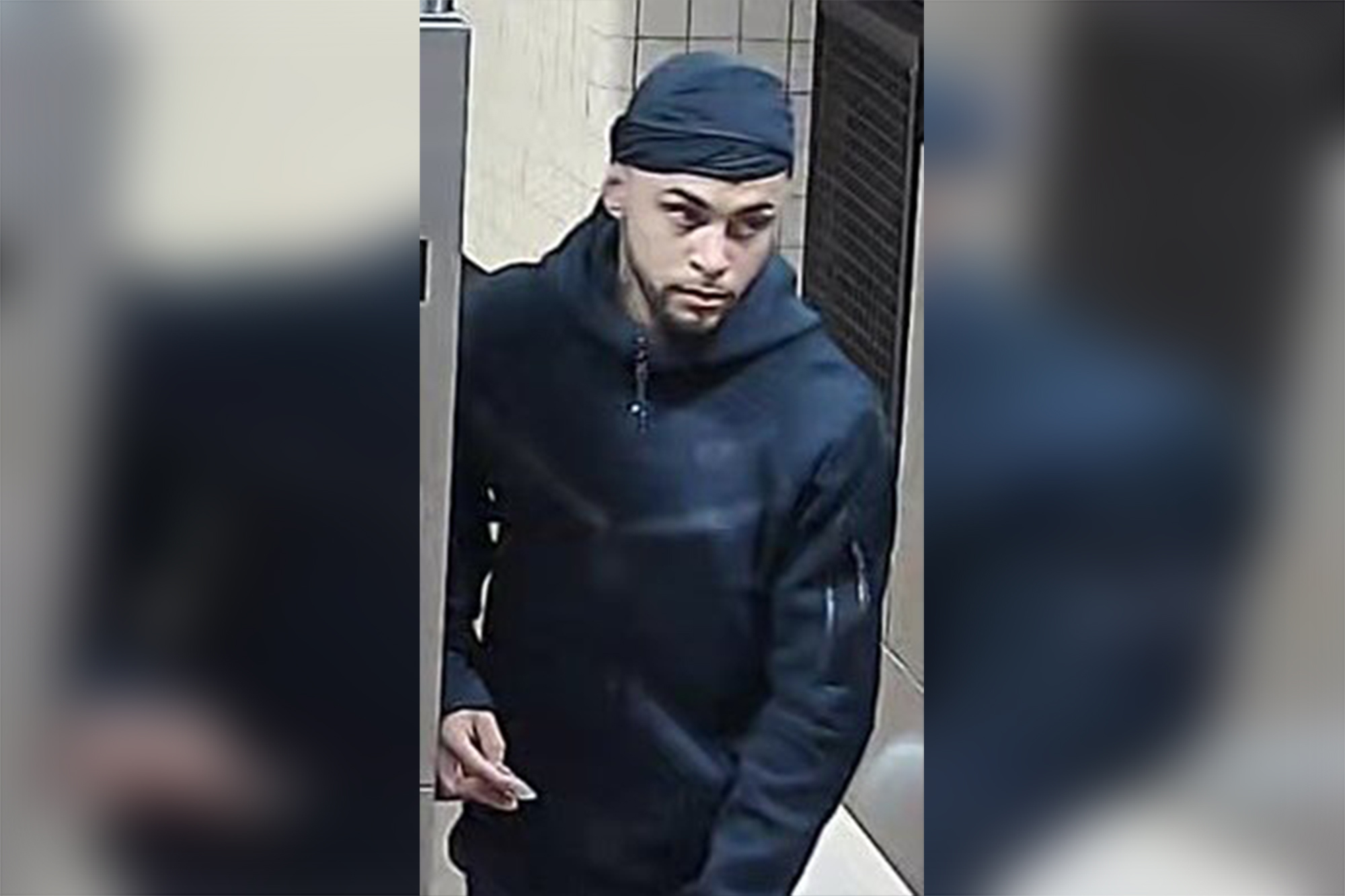 Police released a new surveillance photo of a suspect in Thursday’s terrifying Bronx shooting, in which numerous shots were fired within inches of two Bronx children in broad daylight.

The new image, which was sent to the press Friday night, shows a man described as a “person of interest” in a subway turnstile wearing all dark clothing and a black durag.

A 10-year-old girl and her 5-year-old brother, who were out buying candy around 7 p.m. in Mt Eden, were trampled and almost repeatedly shot in the incident, in which a gunman unloaded at his target at point-blank range inches away from the children, petrifying security footage showed.

At least a dozen shots whizzed by the terrified kids as the masked maniac gunned down his target — who knocked the kids down while trying to escape.

Miraculously, neither child was hit.

The shooter fled on a scooter driven by an accomplice who is also still on the lam, cops said.

The targeted man was shot three times and is in stable condition, police said.

Residents told The Post the brazen incident was emblematic of the escalating gun violence crisis in their borough.

“I see all this nonsense everyday all day,” a 31-year-old woman said Friday. “You know what I’m saying. I’ve got a baby.”