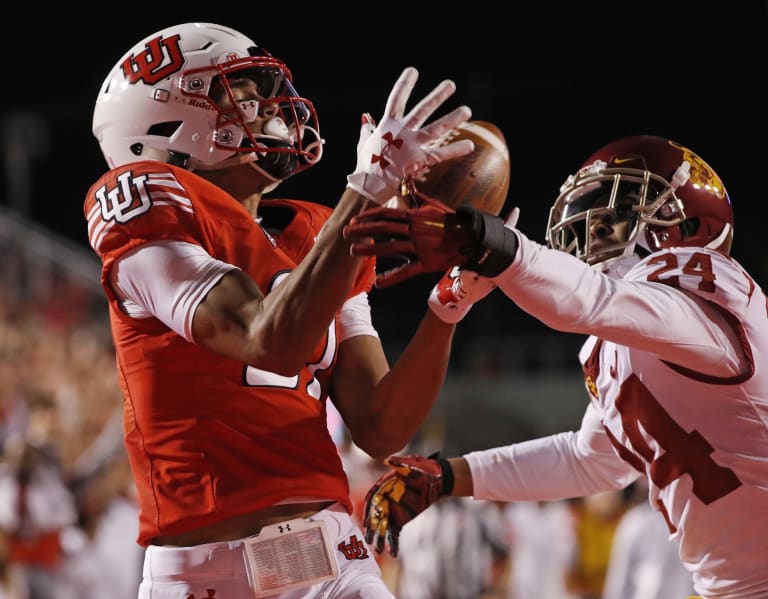 Pay just $20.21 for the first year of an annual subscription with promo code: UTES2021

Three weeks until the 2021 season kickoff brings us to no. 21, Solomon Enis. The 6-foot-3 and 207 pound wide receiver seems primed for a breakout season, as he possesses all the tools for a dependable receiving option, no matter who lines up behind center this fall. Traditionally, the Utes are not known for their passing attack, let alone a 1,000 yard receiver, but Enis or one of his counterparts could very well be among the names of Darren Carrington, Dres Anderson, and David Reed as 1,000 yard receivers.

With Cam Rising coming back from injury and grad transfer Charlie Brewer battling for the quarterback spot, Enis should see plenty of targets regardless of who is behind center.

Since coming to campus in 2018, Enis has played in all 33 games, starting in nine of them. His big frame is ideal for him to fend off smaller cornerbacks for 50/50 balls, or even draw the occasional pass interference call, similar to Kenneth Scott.

Enis clearly has all the physical tools to be great. Although not quite as fast Jaylen Dixon or as shifty as Britain Covey, Enis has all the tools to be a top-level receiver. He has flashed big play potential since he was a true freshman, so this could be the year for him to fully breakout in a starting role.

Also of note, Enis has made tremendous strides in the technical aspect of the game, under the tutelage of new receivers coach Chad Bumphis.

With NFL bloodlines, Enis was a highly-regarded four-star receiving prospect out of North Canyon HS in Arizona, for the class of 2018. Due to those bloodlines, the battle came down to two teams, the Utes and his father, Curtis Enis’ alma mater, Penn State University.

In a bizarre twist, Penn State released a promotional video with Solomon in it, as if he was already a part of the team. Luckily for Utah, it was an oversight by the Nittany Lions and Enis choose to follow his own path on signing day. It was a big get, and even bigger that Utah knocked off the school where his dad became a college football legend.