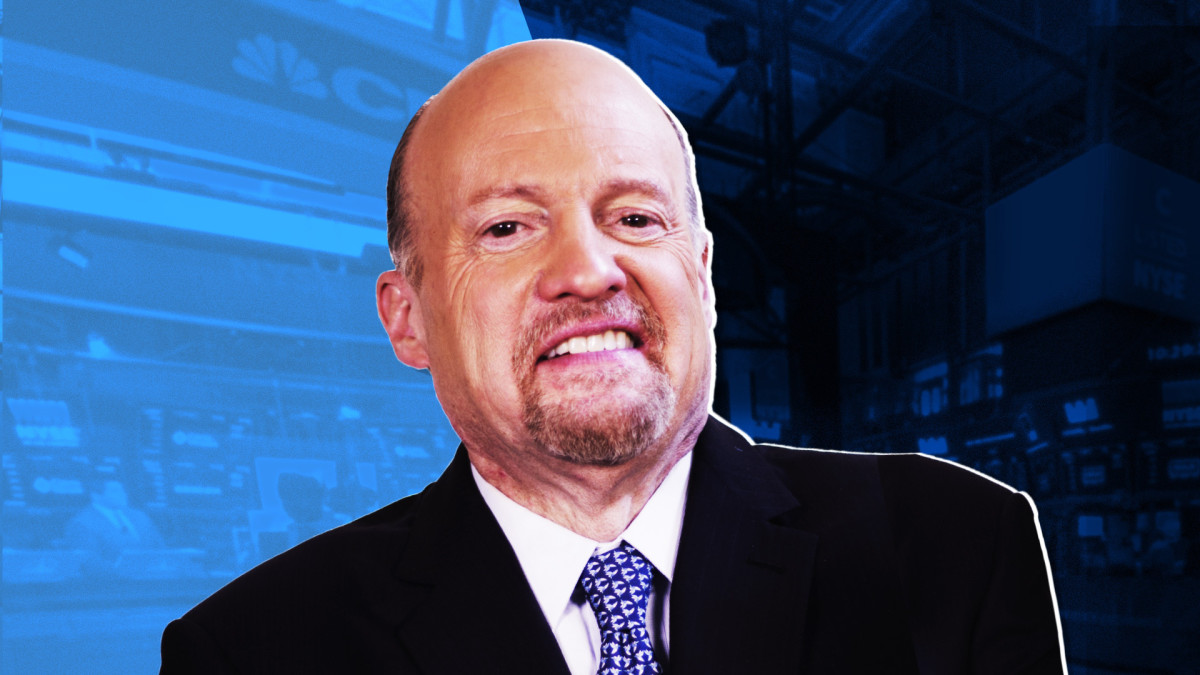 Until something happens that really scares the bulls, don’t expect this rally to end, Jim Cramer told his Mad Money viewers Thursday. Short sellers alone aren’t enough to contain the bulls, especially now that they’ve met their match with the WallStreetBets crew.

Cramer explained that when short sellers get it wrong, they have to buy back the shares they’ve borrowed, often at substantially higher prices, causing a short squeeze that acts as a virtuous circle and sends stocks higher.

The WallStreetBets have used this fact to their advantage, finding stocks with large short positions and then ganging up on the short sellers, treating them like prey, until they crumble under the relentless buying pressure.

These short-busters allowed AMC Entertainment  (AMC) – Get Report to avoid certain bankruptcy and recapitalize their $5.4billion in debt practically overnight. They also saved GameStop  (GME) – Get Report and a handful of others they deemed unfairly shorted.

Over on Real Money, Jim Cramer says that, unlike most of the junk that has gone public during this year of massive offerings, he’s got a couple of newly public companies that actually make money. Get his investing ideas and trading strategies on Real Money and read more in These Two Stars Are Bound to Be the Year’s Best.

With this army of short-busters standing guard, willing to jump in at a moment’s notice to save their favorite stocks, there’s a degree of protection in the stock market that we haven’t seen before, Cramer said. The bears will continue to have a hard time keeping stocks down with so many people still willing to buy.

That’s why the only way this bull market will end is when something horrific scares the bulls and forces them to head for the hills.

For one of his “Executive Decision” segments, Cramer checked in Bob Chapek, CEO of Walt Disney  (DIS) – Get Report, another company that has thrived during the pandemic. Disney’s latest earnings included 116 million subscribers to Disney+, a number which beat analyst expectations.

Chapek said that Disney’s biggest strength will always be its storytelling abilities. The company has many different platforms from which to do that storytelling, one of which is direct-to-consumer with Disney+ and the other is via their theme parks.

Chapek added that during the pandemic, while most of their businesses were shut down, they used that time to transform and improve their guest experiences. He said he’s very proud of the hard work that was done during the worst of times to allow Disney to emerge even stronger than it went in.

When asked about vaccinations, Chapek said he’d love to see all of Disney’s 250,000 cast members vaccinated and they’re working hard to make that happen, as it’s in everyone’s best interest to be safe and protected.

Get more trading strategies and investing insights from Cramer and the other contributors on Real Money.

It looks like Bumble  (BMBL) – Get Report has finally gotten its groove back. Cramer spoke Wirth Whitney Wolfe Herd, founder and CEO of the online dating service, to learn more about the company’s earnings, which included a 38% rise in revenue. Shares of Bumble ended Thursday up 6.6% on the news.

Wolfe Herd explained that this pandemic has become one of the loneliest times in history for people around the globe, all of which are desperate for love and meaningful connections with others. This fact has made Bumble irreplaceable for millions of users who are using their platform to find not just love and relationships, but also friendships and communities where they can engage, share and belong in a meaningful way, Wolfe Herd said.

Wolfe Herd added that Bumble’s brand has come to symbolize accountability and safety, as it was built with the woman’s perspective in mind. This trust and safety has enabled the brand to expand into many different areas with different services, all of which carry the same level of commitment to a safe, healthy lifestyle.

Cramer and the AAP team are looking at everything from earnings and politics to the Federal Reserve. Find out what they’re telling their investment club members and get in on the conversation with a free trial subscription to Action Alerts Plus.

For another “Executive Decision” segment, Cramer spoke with David Foulkes, CEO of Brunswick  (BC) – Get Report, the boat maker which just reported another fantastic quarter, but whose shares are still $10 off their recent highs.

Foulkes started off by saying that Brunswick has something for everyone. The company manages 17 brands and 80% of boats they sell cost less than $50,000. Brunswick has an entry point for everybody.

Foulkes was also excited about their Freedom Boat Club, which now boasts 67,000 members looking for access to boating without having to purchase their own. The club has been an excellent way to introduce people to boating and expose them to the many boats Brunswick offers.

Speaking of those many boats, Foulkes said they continue to pack more and more convenience and technology into all of their boats, making them more safe and enjoyable.

In his No-Huddle Offense segment, Cramer said every once and awhile, a star is born. This year, we’ve seen a ton of new IPOs, but only two have risen to the level of star quality, Cramer said. Those companies are Upstart Holdings  (UPST) – Get Report and Doximity  (DOCS) – Get Report, and they both have a lot of upside.

Doximity is a social network for healthcare professionals. The platform already counts 80% of doctors and 50% of nurses as members. Shares rose 12.9% after the company reported its latest earnings, which included a 50% rise in revenues.

Upstart is a platform that facilitates loans for banks and financial institutions. The platform uses artificial intelligence to assess credit risk and its loan origination is so strong that banks are beginning to abandon FICO scores in favor of Upstart’s scoring system. Shares of Upstart closed up 4%.

Here’s what Jim Cramer had to say about some of the stocks that callers offered up during the “Mad Money Lightning Round” Thursday evening:

Karyopharm Therapeutics  (KPTI) – Get Report: “This one has nothing special. Sorry. “

Iron Mountain  (IRM) – Get Report: “This one has dividend and growth. I like it.”

Moderna  (MRNA) – Get Report: “You need to buy calls and not the common stock. I’m OK with Moderna.”

To sign up for Jim Cramer’s free Booyah! newsletter with all of his latest articles and videos please click here.

At the time of publication, Cramer’s Action Alerts PLUS had a position in NVDA.