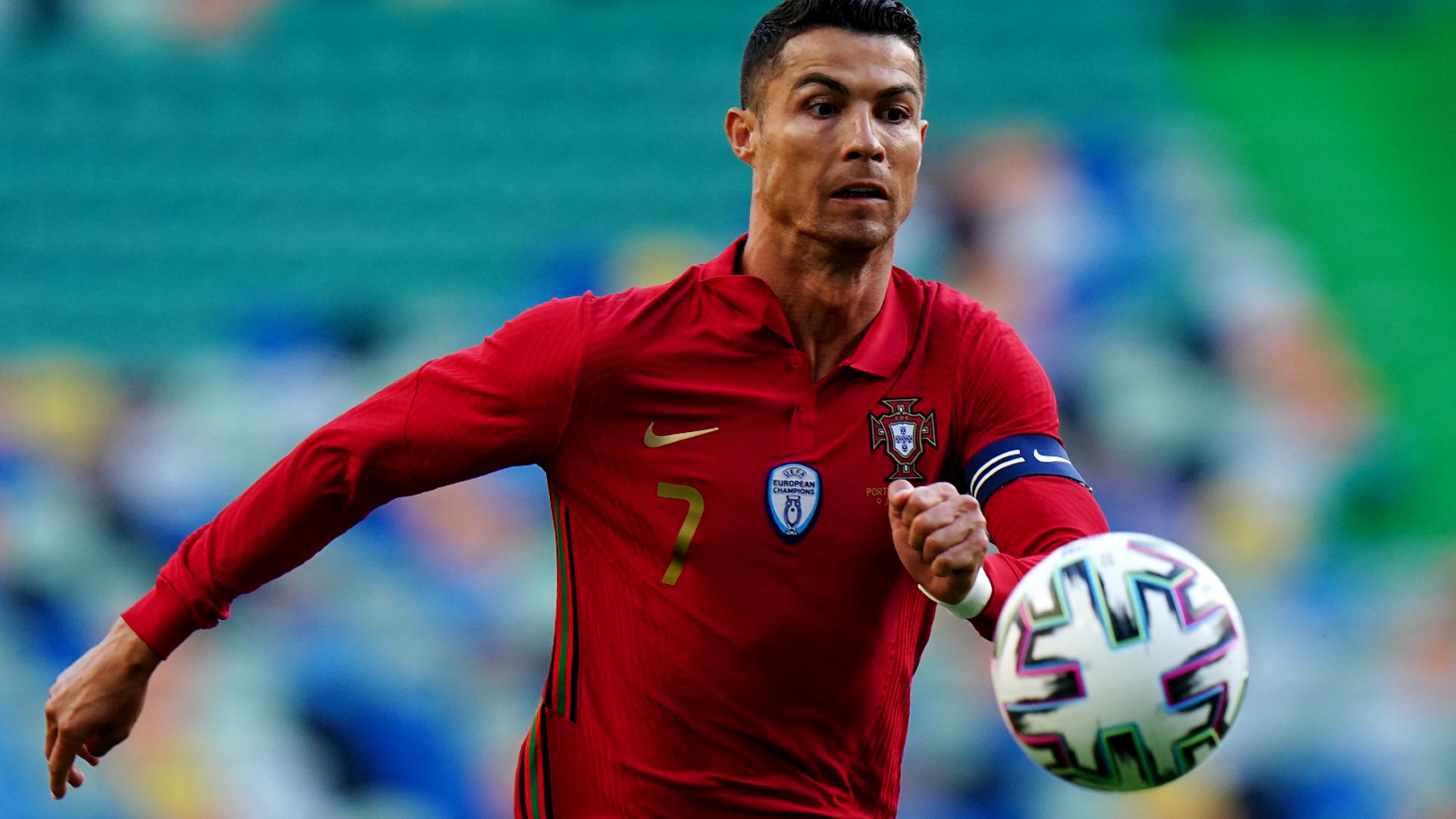 Cristiano Ronaldo is setting new marks left and right at Euro 2021 and he has his sights set on another major milestone.

After scoring two goals in Portugal’s tournament-opening 3-0 win over Hungary and setting the record for most goals in Euros history, the 36-year-old scored his first-ever international goal against Germany in the second group-stage game and matched another all-time mark in the process.

Here’s a rundown of the milestones Ronaldo has set, matched or is currently chasing:

Most goals in Euros history

The two goals against Hungary allowed Ronaldo to surpass France legend Michel Platini (9 goals), who previously shared the career mark for Euro tournament goals with Ronaldo, who now has 12:

With his third goal of the 2021 Euros against Germany, Ronaldo is now level with German forward Miroslav Klose for most combined goals at Euro and World Cup tournaments:

19 – Cristiano Ronaldo has scored his 19th goal at the World Cup and European Championships combined; no European player has ever scored more across the two competitions (level with Miroslav Klose). Incredible. #POR #EURO2020 pic.twitter.com/ANg448f2xz

Thanks to his three goals at Euro 2021, Ronaldo is also closing in on the world record for most international goals by a male player.

He is up to 107 goals in 177 games for Portugal, just two behind the all-time FIFA international record for men, held by Iran’s Ali Daei (109).

There are several women who have more goals than both Daei and Ronaldo with Canada legend Christine Sinclair holding the all-time mark with 186, followed by Abby Wambach (184) and Mia Hamm (158).

It has helped Ronaldo’s goal scoring that he is playing in his fifth European Championships tournament, which also represents a new record. He established the new mark when he set foot in the Puskas Arena in Budapest for his first appearance in the 2021 competition.

He is also the only player to score in five Euro tournaments.

Ronaldo has played in every Euros competition since 2004, when Portugal hosted the event. He helped his country win it in 2016 and the Portuguese entered the 2021 edition as reigning champions.