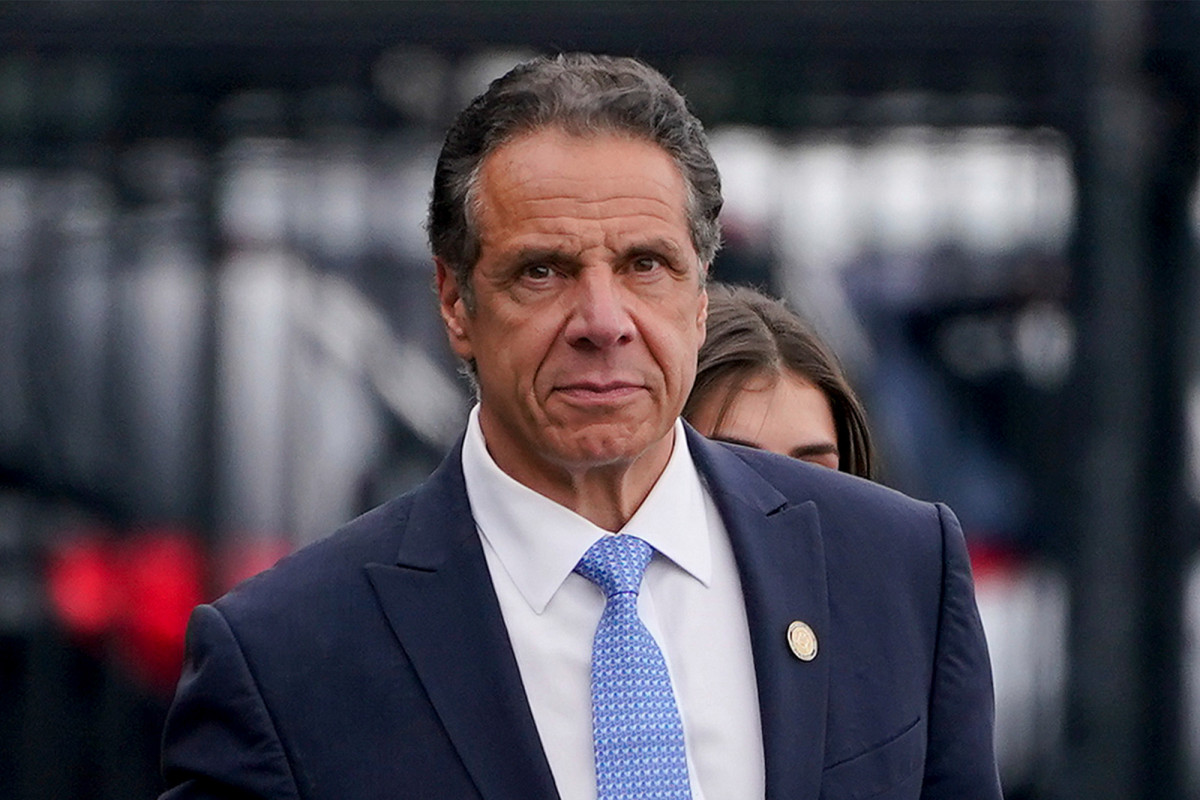 He went off the rails.

“It’s a great metaphor for his entire tenure — the brutality and the threatening of the underlings — that was what the MTA experienced,” said Norman Brown, an MTA board member, representing the unions for the MetroNorth commuter rail.

“The last few years of demonizing the workforce, it’s been tough to justify,” he added. “Who wants to do business that way.”

This latest crisis comes a little more than a year after Andy Byford quit, following a slew of highly publicized disputes as the governor publicly belittled and sidelined him, even as he oversaw a revitalization of the flailing subway system.

Brown told The Post that much of dysfunction was driven by two of Cuomo’s appointees to the MTA board, Larry Schwartz and Linda Lacewell, who are viewed by agency staff as the governor’s enforcers.

Both figured prominently in Attorney General Letitia James’s blistering 168-page report that affirmed and uncovered 11 women who were sexually harassed or groped by Cuomo and revealed how a “toxic” workplace environment allowed the abuses.

“I have no doubt that he enjoyed humiliating staff,” said a former MTA insider. “I watched him drag people into meetings just to do it.”

Lt. Gov. Kathy Hochul said Wednesday during a press conference in Albany she planned to clean house of anyone closely tied to the wrongdoing uncovered by James’ office but was not specifically asked about Schwartz or Lacewell’s fates.

The MTA has suffered through massive turnover during Cuomo’s soon-to-truncated three terms as New York’s top boss. No chief of the city’s bus and subway system lasted for more than two years during the governor’s reign.

Nor was there any question about who was calling the shots at the nation’s largest transit operation, which carried more than 5 million people a day on the subways before the pandemic hit.

“He had a hold over the agency that was unprecedented,” said Jaqi Cohen of the Straphangers Campaign.

Cuomo installed Schwartz and other top aides at the MTA, personally interviewed many top managers and he and his aides were known to berate and big-foot staff over the smallest issues.

Byford went public after quitting, citing Cuomo’s treatment of his subordinates as one reason for his departure.

“I just would not accept the fact that my people were being yelled at,” he said last March in a television interview.

Cuomo picked Sarah Feinberg, a former federal rail official and PR professional, to replace Byford on an interim basis in 2020. She subsequently left the MTA after the state Senate rebuffed Cuomo’s request to make her the board’s chairman.

To Cohen and other transit activists, Cuomo was a Jekyll-and-Hyde personality, where they could find an ally or an enemy, depending on the issue and the day.

He managed to win the decades-long battle over congestion pricing, guaranteeing the agency a new funding stream for needed upgrades and repairs.

However, Cuomo’s focus on mega projects that continued to run massively over budget on his watch — like the Second Avenue Subway and East Side Access — diverted funds and attention that could have sped badly needed subway signal upgrades.

“It proves how much he could have done if he cared about maintenance as much as he cared about big fancy projects,” Cohen added. “You can’t cut a ribbon on a subway signal. And those are the kinds of improvements that help everyday New Yorkers.”

Insiders and activists all point to the Byford saga as the clearest example of how Cuomo’s instincts could get it right — and then have it all go terribly wrong.

“The best way to view it is through the parable of Andy Byford,” said Danny Pearlstein, the spokesman for transit activist group Riders Alliance. “The governor had the foresight to bring Andy Byford here and then ran him off.”

The subway system was in crisis as years of deferred maintenance and upgrades finally caught up with the MTA, causing a meltdown that saw on-time figures for the system fall below 70 percent and left riders fuming.

Cuomo hired Byford to fix the mess as he was hammered over it by his 2018 Democratic primary opponent, Cynthia Nixon.

The Brit quickly earned good headlines as his tweaks to the system’s daily operations sped up trains and slashed delays.

But Cuomo tired of someone else getting the credit and began to publicly chafe.

In 2019, the governor organized a conference call where he mocked Byford’s $40 billion plan to modernize the subways signals, a day that one MTA insider describes as the “among the most surreal” of their time at the agency.

A hastily rolled out MTA reorganization plan that summer substantially reduced Byford’s authority at the agency and triggered months of speculation he was looking to leave, before he ultimately departed in 2020.

He muscled the Port Authority into approving a $2 billion AirTrain that would loop back from Willets Point to serve LaGuardia Airport, even though the price tag has quadrupled and opponents argue that extended the N line would be far more logical routing.

But, even with Cuomo’s resignation in two weeks, Port Authority insiders say the project “is proceeding as planned.”

“The critics can say what they want,” said Cuomo spokesman Rich Azzopardi. “But, the facts are that without Governor Cuomo, newly accelerated projects like the Second Avenue Subway, the [Long Island Rail Road’s] Third Track and the L-train reconstruction and soon-to-be-completed East Side Access would have remained stalled … and the agency would have continued to languish as it had for decades.”