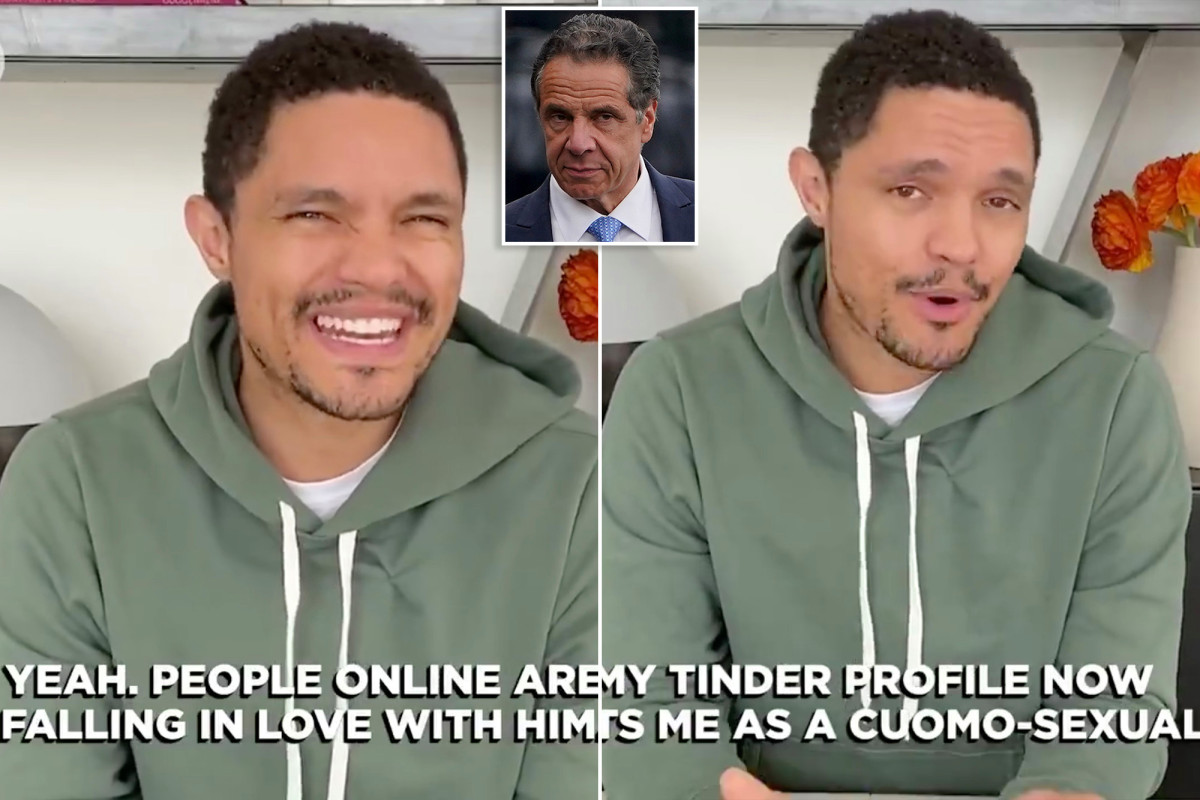 But rather than the expected laughter, his tweet instead just sparked a flood of followers reminding him of his earlier declarations of devotion to the scandal-scarred gov.

“This you?” asked Accuracy in Media, a site exposing media bias, one of many to share clips of “The Daily Show” host’s previous confessions.

One widely shared clip from April last year showed Noah, 37, calling Cuomo “the one governor who’s crushing it the most right now.”

“Yeah. People online are falling in love with him. And I’m not gonna lie. Those people include me. My Tinder profile now lists me as Cuomosexual,” Noah said.

“Everyone should be a Cuomosexual,” he told DeGeneres. “You should love a leader who engages the people and remembers that they’re serving the people.”

“Oh I like how quickly you turned against your crush,” one person teased the host, while another said, “We’re gonna file this under badly aged tweets…”

“Sit this one out, buddy,” another follower advised the host, while others told him You don’t get to slide from this that easy.”

Even Noah himself joined in the mocking, retweeting a March clip in which he conceded the error of his ways in so vigorously backing the handsy gov.

“I’ll tell you, man, all those people who praised Cuomo so highly last year, whew — those people really don’t look so smart now,” he said — pretending to shout off-camera, “Delete the f—ing tapes!”

“I mean, it must be so embarrassing, can you imagine if you’re one of those people?” he added, pretending to laugh — then again shouting off-camera, “Just burn them! I don’t give a s–t, burn them!”