Dan Hardy recently provided his analysis for the upcoming heavyweight clash between Ciryl Gane and Alexander Volkov. In a recent episode of ‘The War Room,’ Hardy broke down the bout scheduled to headline UFC Vegas 30.

Watch the episode of The War Room below: 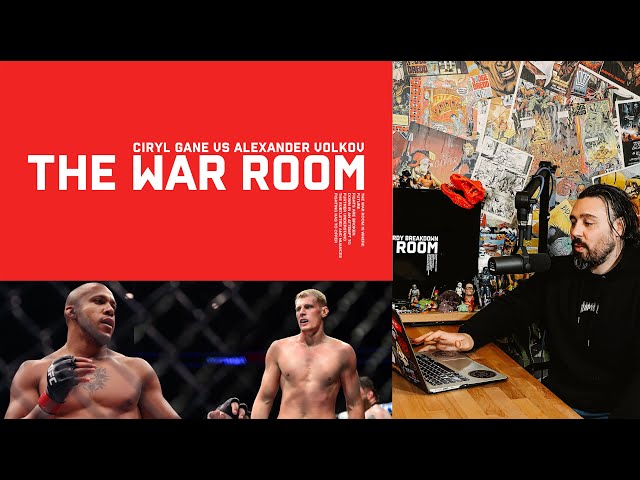 According to Dan Hardy, Alexander Volkov (33-8) will have a huge advantage over Ciryl Gane (8-0), who is comparatively new to MMA. While the former UFC welterweight lauded Ciryl Gane for his mobility at heavyweight, he also admitted that the No.5-ranked Volkov was excellent at using his height and length. Dan Hardy said:

“I mean it could be a very frustrating night for (Alexander) Volkov. You know, where he can’t actually find Ciryl Gane the whole time in the Octagon. It might be very frustrating. But I still feel like the experience that Volkov’s got, especially in mixed martial arts…I feel like he’s gonna be able to force Ciryl Gane into smaller spaces in the Octagon. Force him into a choke point up against the defense panel and maybe make him start to work there.”

Ciryl Gane is currently ranked No.3 in the UFC’s heavyweight division and is undefeated in his professional career. Gane came into the mixed martial arts scene with a kickboxing pedigree and surprised everyone by earning back-to-back submission victories in his first two UFC outings. Since then, Gane has defeated top-level competition like Tanner Boser, Junior Dos Santos and, most recently, Jairzinho Rozenstruik.

“I would like to see Ciryl Gane under pressure. Because someone that’s 8-0, we need to see where the limitiation is in his game is right now. I don’t want to see him keep climbing up the rankings when we have not found out whether he is really a fully well-rounded mixed martial artist or not. I would rather have him a couple of more fights against some tougher fighters and see if he can really be tested. But the heavyweight division is absolutely electric. And when you pick up a win over someone like JDS and then shut down another top contender like (Jairzinho) Rozenstruik, you are gonna find yourself in these situations.”